Rating news! That Game of Thrones season finale had better ratings than last year, but they didn’t manage to break record. Guess too many people were watching the  NBA playoff Game 5~

Ron Perlman doesn’t lose faith that they will someday make Hellboy 3. I’m with you, big boy! Never give up, never surrender! Even if Guillermo del Toro is hella bussy lately~

I’d like to finish it. I’d like for there to be a third film because the first two films were set up for this huge resolve and he (Guillermo Del Toro) already understands what that resolve will look like. He never gave me the nuts and bolts of it, but he gave me a rather broad strokes sketch of what the third film would look like and it’s so epic and so deserved by the fans that hung in there for the first two that I really feel as though it’s essential that we make it. So I fight for it every day. Sometimes I’m the only voice and sometimes there are others, but I’m never going to stop trying to get Hellboy 3 made!

Here be the first posters of Dracula Untold with Luke Evans as the titular character looking spiffy with his bat cape~ Also, they seem to have not agreed on a poster font. 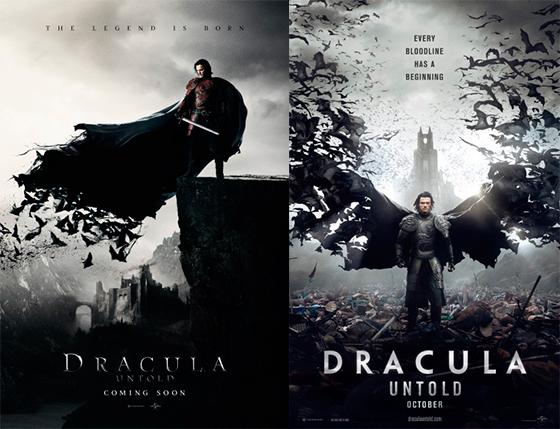 OMG! The Powerpuff Girls will return to Cartoon Network in 2016! I wonder if this reboot will be like the classic animation or the new CGI one of the 10th-anniversary special? Will creator Craig McCracken be actually involved now? I hope so! And I will watch it anyway, Buttercup is my girl!

Yay! Licensing Expo! And we have promos for so many things! Like Jurassic World, Peanuts, all the DC TV series, Terminator, Doctor Who, The Hobbit, The Hunger Games, Avatar, Ghostbusters 30th Anniversary, Batman V Superman: Dawn Of Justice and so many more things! 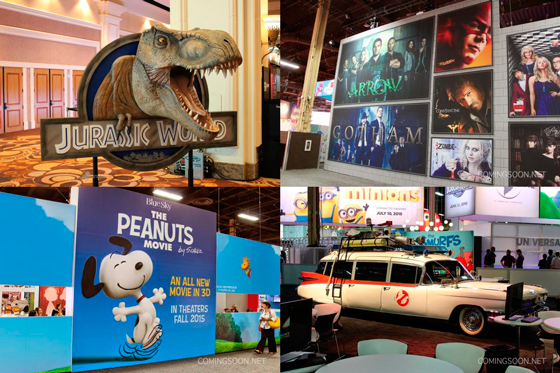 Yay! More Teenage Mutant Ninja Turtles! And the good Nickelodeon ones! Yup, Season 4 is happening! Also, now Seth Green will be the new voice of Leonardo instead of Jason Biggs~

And we have our first returning cast member for Heroes Reborn! And it is Jack Coleman as Noah Bennet! Could there be more?

Check out this Sherlock make-up secrets!  Claire Pritchard-Jones –the Sherlock make-up artist wo manages that great Sherlock hair and also was responsible of John’s moustache– was in a Q&A at the Sherlock Holmes Convention in Vienna and gave us her secrets like por Benedict’s hair turning green! Read all of them here~