The Fangirly Diary of a Geek Girl: Playing games with my heart

It’s time for the X-Men to join the Marvel’s attempt to destroy our brains. Yep, another summer event, this one called Years of Future Past, which obviously references Days of Future Past including Kitty Pryde’s involvement! 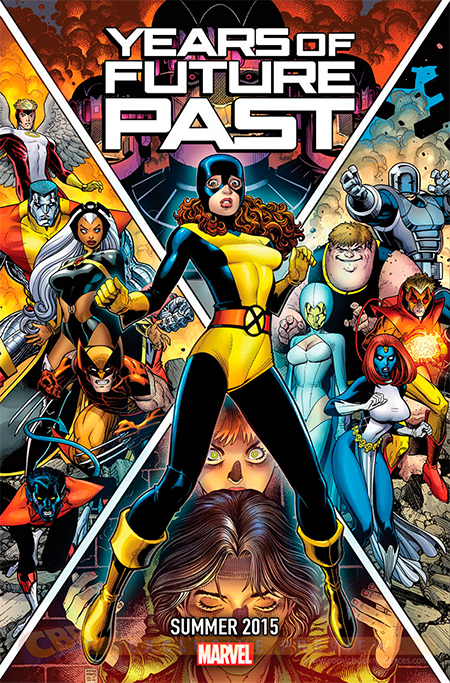 And it’s totally confirmed that Jason Momoa is Aquaman if there were any doubts around! Also, Ezra Miller will be The Flash. Poor Grant Gustin tho, but yeah they did say the TV series will not be linked to the movies, unlike Marvel’s~ And Ray Fisher will reprise his role as Cyborg in the solo movie, role that will debut in Dawn of Justice.

Also, that Suicide Squad movie we will get after Dawn of Justice? They want Ryan Gosling, Tom Hardy, Margot Robbie and Will Smith for the roles. Which roles? No idea besides the possibility of Margot as Harley Quinn. I hope they get them all… specially because it will mean two actors less for the Doctor Strange rooster. LOL. Oh well, they are all very likeable actors so I wish the movie the best of they actually get them.

Some has leaked a lot of Star Wars: Episode VII concept art, and here I am just enjoying the hell out of it. Including this picture of the new Darth Vader helmet. It seems the scorched armour is important to the series. Is this legit? I have no idea. If it’s a bunch of fanart, they I must say it’s very well made! 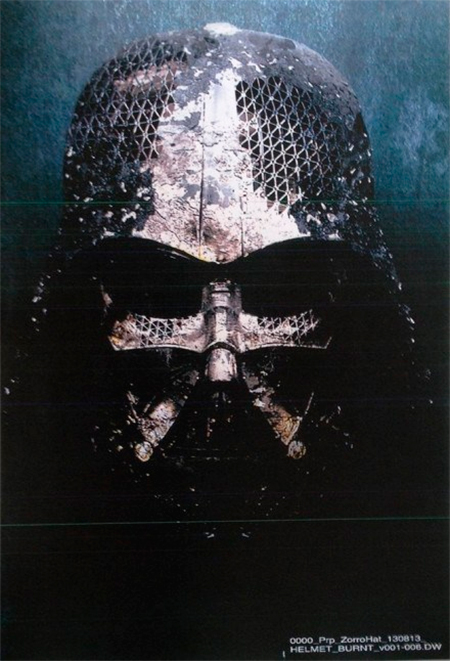 Also, here’s Entertainment Weekly take about this supposed leak, describing what these pictures are depicting. Like Chew-Bacca with a robot arm, and  what seems to be Tatooine with the remains of the war between the Rebels and the Empire.

Oh yeah, the first name of Emperor Palpatine/Darth Sidious has been revealed! And it’s Sheev. Sheev Palpatine. Yeah, I get why he would like to be known as Darth Sidious now~ The name appears in an upcoming, in-canon book called Tarkin,

There hasn’t been much news about The Hobbit: The Battle of the Five Armies lately… and then suddenly a bunch of posters (most posted on my Facebook), and also lots of banners! I’m glad! It makes me more pumped for the movie! Even if all the imagery shared is quite bleak for everyone involved! Here’s my favourite one, because I love dirty Bilbo~

HBO will launch a stand-alone streaming service. You know what that means? People on the US won’t have to illegally stream or crash at a friend’s house to watch Game of Thrones! And they can watch John Oliver’s Last Week Tonight on its entirety and not only what they gave us on their YouTube channel~ This is what HBO’s chairman and CEO Richard Pepler has to say:

[10 million homes with broadband internet but no cable subscription] is a large and growing opportunity that should no longer be left untapped. It is time to remove all barriers to those who want HBO. So, in 2015, we will launch a stand-alone, over-the-top, HBO service in the United States.

Now, fandom-related news! Neil Gaiman doesn’t buy in that “fake geek” crap and that makes him even more awesome:

People at my signings sometimes tell me, apologetically, that they aren’t real fans, they’ve only read one book or a single comic, not like the people who know every obscure reference I make and win quizzes on my life and times that I would probably fail. And I tell them I’m glad they read the book. And I am.

Benedict Cumberbatch and Orlando Jones have different views about slash fanfiction. On one hand we had Benedict with a truthful yet incomplete view about the fanwriters. Also, dude has read a lot of fanfic because I think I know what fanfics he’s talking about~

I think it’s about burgeoning sexuality in adolescence, because you don’t necessarily know how to operate that. And I think it’s a way of neutralizing the threat, so this person is sort of removed from them as somebody who could break their heart.

Then there’s Orlando and his positive (and quite optimistic) views on the matter. Aw~

I like the slash, and I think I like it because I feel there are so many people who are under-represented—or not represented at all—in mainstream Hollywood entertainment.