Before starting once more with the Marvel stuff… Yeah, Disney really wants to adapt all their animated movie live-action style, right? Anyway, Jon Favreau is in talks with Disney to direct the live-action adaptation of The Jungle Book.

I can’t say that much, but there is an interesting take that could be very cool and the hope is to relaunch a family brand with certain mythic elements. It is my first real family film since Elf, and there are action elements and visual effects that I feel like my experience on the Iron Man films are going to be useful.

Back to Marvel, James Gunn confirmed he’s the one that directed that mid-credit scene in Thor: The Dark World (it did looked totally different from the movie!)… which is a bit worrying for me because I didn’t care for how it was filmed. I did enjoy the info it provided and all the Jacobim Mugatu vibes Benicio Del Toro’s The Collector was giving me though~

[Benicio] is really out there man! He’s the best! We just kept watching him on set and we’d be like ‘Oh my God.’ He was probably the character that’s most different from what I imagined. Although I did sort of say he’s like an outer-space Liberace.

Clark Gregg assures us that there will be another episode of Agents of S.H.I.E.L.D. that connects it with Thor: The Dark World. I hope that thing at the end credits scene gets a mention!

Talking about Agents of S.H.I.E.L.D., OMG Victoria Hand is gonna be there on November 12th! And she’s a LGBT character! And Saffron Burrows totally looks liker her comic-book version! I hope she’s a regular!. 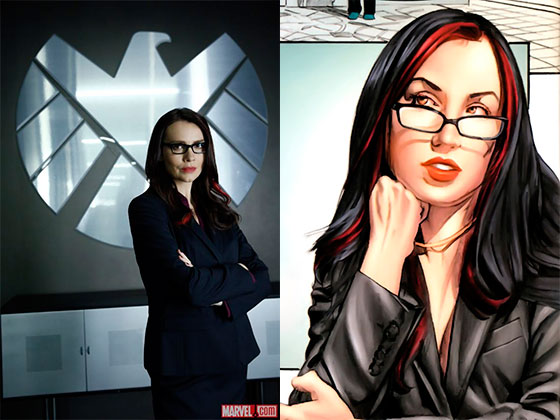 Here’s an article written by Orlando Jones about the Sleepy Hollow fandom and how he became part of it. It is very lovely~

I strongly believe in acknowledging and interacting with the audience, eliminating barriers of all kinds, and making real connections with people whenever possible. If that’s wrong, I sure as hell don’t want to be right. I didn’t choose the fangirl life; it chose me.

There were many new pictures today! We have some from Doctor Who‘s 50th Anniversary episode; an official pic and some behind-the-scene ones from X-Men: Days of Future Past; a couple of official elven pics from The Hobbit: The Desolation of Smaug… and also very pretty French posters! 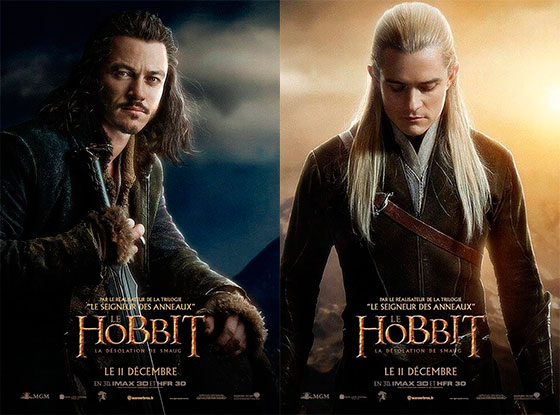 So, Robert Pattinson will be with Benedict Cumberbatch in The Lost City of Z. And he will probably play his son, because according to Hollywood logic they totally could be father and son. Well, that’s what make-up is for! Anyway, I will sure enjoy watching my Posh Alien Prince acting circles around RPatz~

Here’s a brief article/interview about sci-fi human/droid bromance Almost Human, which I am eargerly awaiting on November 17th! We have Dorian (Michael Ealy) who is the perfect (cop) partnerbeing all “brave and as knowledgeable and strategic” as well as “altruistic and as considerate and empathetic”. His partner ain’t impressed though. And not because Kennex (Karl Urban) is a jerk. He’s just “problem with the line between humanity and robotics or synthetics”. Anyway, I want to watch this new J.J. Abrams and I want fandom out of it.

OMG! Disney and Netflix will create not one or two, but four Marvel 13-part superhero series starting with Daredevil, and continuing with Jessica Jones, Iron Fist and Luke Cage! Yep, we are getting The Defenders! Flailing like Kermit indeed! Yes! But, wait! Does that means we are getting this fellas on the Big Screen? Nay! If they are popular enough, they can appear in movies later apparently… of course, they better then get damn good actors because if they appear on MCU, I sure won’t want different actors!

And because we cannot stop talking about Thor: The Dark World, here’s Alan Taylor saying why hair and braids are important for the movie!

I didn’t like the hair in Thor, I hated the hair on The Avengers. Getting the hair right became a symbolic, one small way of saying this is what the movie is going to look like. Thor’s outfit has changed, his hair is completely different. I look at stills from our movie and I think “that is a Norse warrior.” His Dad’s got braids. And it’s not girly when you put it on a warrior. Braveheart had braids.

Also, to the question of which Marvel character will he pair up, Tom Hiddleston’s answers is that he ships Captain America and Sif. Because he is interested in “major cross-pollination”. That’s good to know, I guess. Haven’t read fic of that!