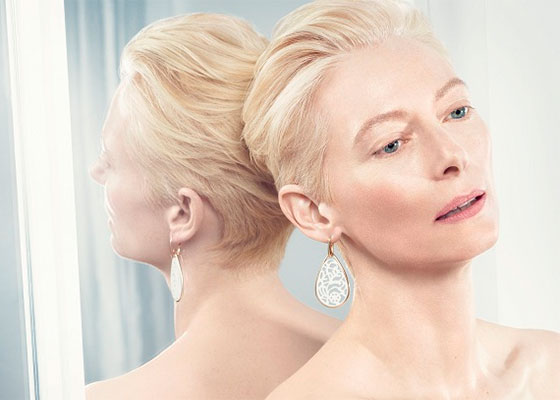 Here be news on the lucky bastards who will get to watch Sherlock series 3 before the rest. Yep, on November 12th, those lucky ones who have the money and/or are geographically close will go to buy tickets to the special screening of “The Empty Hearse” on December 15 at the National Film Theatre. Where they will also enjoy a Q&A with some cast and crew.

Talking about lucky bastards, here’s a very spoilery recount of the footage seen at the The Hobbit Fan Event for those who got the tickets to it. Yep, there were five lovely (and terrifying) scenes. Yep, I have spoiled myself. I cannot help it! Also, it was announced that Ed Sheeran will sing the end credits theme.

On happier geeky news… We are so getting Doctor Who 50th Anniversary Episode in my country! Yep, come November 23rd and I will be watching “The Day of the Doctor” on a theathre in 3D! Also, it’s been revealed that Neil Gaiman will write a Doctor Who short story. Specifically,  the Eleventh Doctor story and it will be called Nothing O’Clock.

On comicbook news, we are getting a new Miss Marvel! You know, since Carol Danvers is now Captain Marvel, so the title of Miss Marvel is up for grabs! And hear this out, it will be Muslim girl! This shape-shifting teenager is Kamala Khan and she will fight super-villains as well as the difficulties of family and highschool~ I already like her. 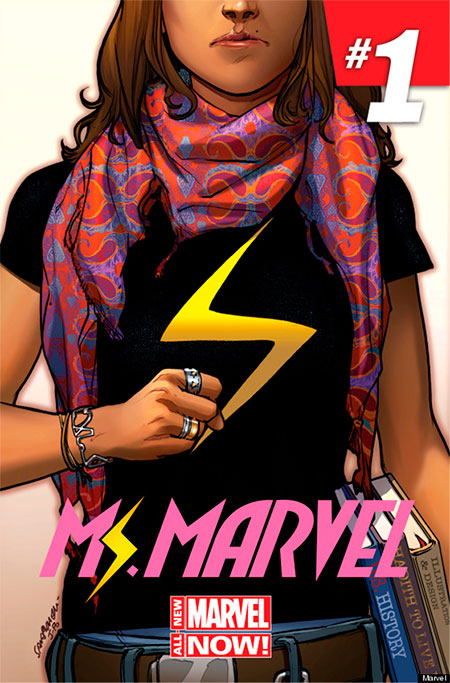 Also, we are getting a new Wolverine solo movie. And James Mangold will also direct it! Probably… well, at least there are negotiations! Obviously, Hugh Jackman will be there. Of course, the geeky media is already demanding stuff!

BTW, on Monday there was also the US premiere of Thor: The Dark World, but all the good stuff appeared the next day on the press~ It was a nice event where everybody looked pretty and there was much geekiness… like Tom Hiddleston and Nathan Fillion posing like it was Prom Dance plus bonus Zachary Levi. 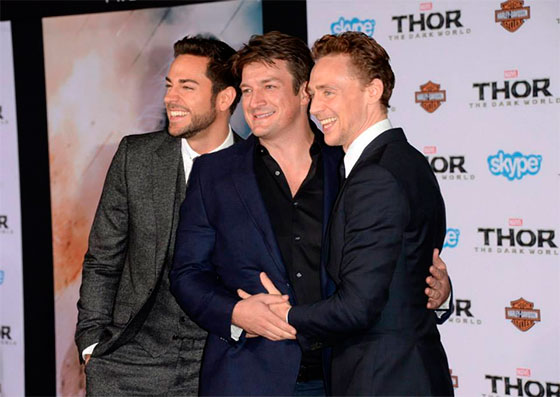 Hiddles and Levi also had a brief dance off on the red carpet. And he sure is surprised that his dancing skills were put to so much use during this promo tour!

I never expected that Loki would be the opportunity I got to show off whatever small talents I have at organized flailing, but it’s been that moment. Loki’s dancing his way around the world.

But it was not all happiness, because Tom hiddleston shed a few tears as he realized this may be his last Marvel premiere~ Don’t worry though, he wasn’t seriously crying. And besides, he still has some movies on his contract, and even if Marvel decides not to use him, he still can appear at more Marvel premieres right?!

It’s been absolutely above and beyond my wildest dreams. I got cast four years ago. I came out to LA with some money I earned from British TV in my pocket, I did some auditions, and one of them was for Kenneth Branagh’s Thor. Being Loki has changed my life.

Finally, here are some productions pictures of Thor: The Dark World. And damn, for just being production pictures, many of these look damn good!