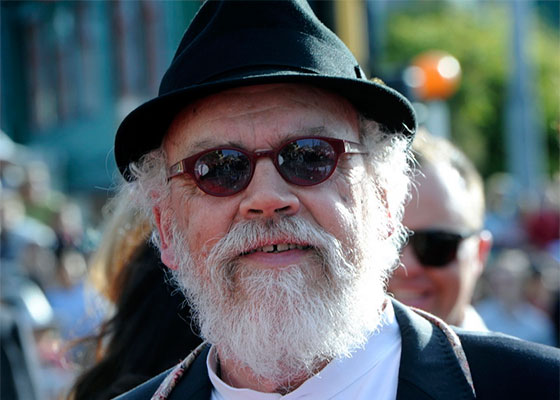 On a related piece of news, since this good old fella is a dwarf, The Hobbit Fan Event came and went and it was lovely! Not only we got the presence of Peter Jackson and members of the cast, but we also got a new Production Diary and a new trailer that is darker and awesome and it features a Tolkien poem and I flailed and made a dolphin-like noise. Yeah.

Here’s the first official image of Sherlock series 3, where we can see Sherlock creeping on a melancholic John at a diner~ 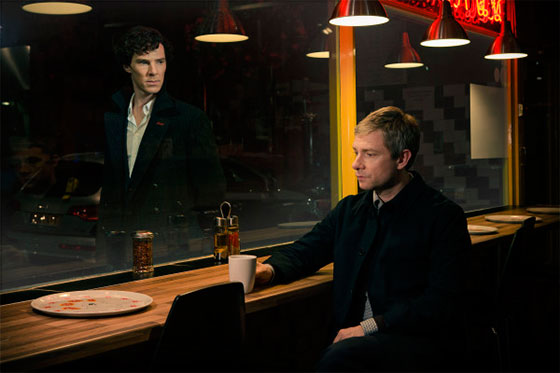 On that, Troll King Moffat comments:

It’s been a long time since Sherlock Holmes jumped off that roof – it’s time to reveal the truth about what happened between him and the pavement.

Also, we’ve been promissed that Lars Mikkelsen’s Charles Augustus Magnussen will be “terrifying”. As much as brother dear Mads in Hannibal? We’ll see~

Talking some more about Benedict, did you remember his Reddit AMA with all his zygoma and f*ck fantasy goodness? Yeah, Tom Hiddleston has seen it and he’s not amused (but not really):

Benedict. That’s just asking for trouble, isn’t it? […] Oh my goodness. That’s quite a mischievous thing to do. I’ll be having words with him about that.

We know that Thor: The Dark World stuff will appear on Agents of S.H.I.E.L.D., and now rumor has it that stuff from Captain America: The Winter Soldier will also appear on the series. More specifically, on the final episodes:

On the X-Men: Days of Future Past front, Bryan Singer talked about Peter Dinklage’s Bolivar Trask, as well as some spoilery stuff (which you can read on the link):

He’s actually kind of a peace lover. He sees the advent of the mutants as a way to unite people. There’s this moment where he basically explains when modern men came along, it meant extinction for the Neanderthal; now humans are the Neanderthal, so this fight is for our survival as a species.

Anyway, here are some new character stills from the Robocop remake that apparently won’t be as bad as I feared, despite me still not liking the new Robocop look.

OMG, Terry Pratchett’s Wee Free Men is getting a movie adaptation! And done by none other than her daughter Rhianna Pratchett! I kinda hope it’s a stop-motion film. Please, don’t let it fall into development hell!

Talking about adaptations, three of Stephen King’s book will get (new) movies! First, we have a remake of Pet Sematary which might be directed by Juan Carlos Fresnadillo. Then Cary Fukunaga will remake It but will turn it (LOL) into two movies, which makes sense because the book is huge! Finally, Samuel L. Jackson will be in Cell, which is the first time this particular novel gets a big screen adaptation, so yay!

And now, for something both lovely and sad, The Simpsons had a tribute to the late Marcia Wallace on Bart’s blackboard lines: 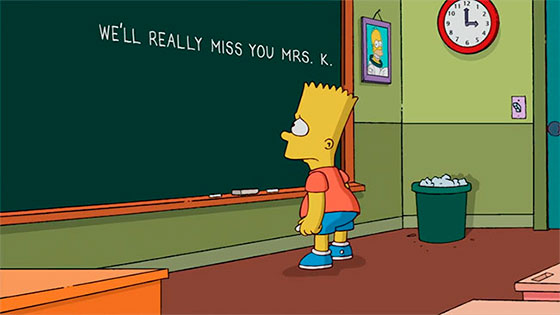