Greetings, my fellow geeks! I had much to flail about this week, with comicbook news aplenty, specially Marvel ones. Yep, Thor: The Dark World had it’s LA premiere and Tom Hiddleston (and the rest of the cast) have been doing their press rounds… and being silly about it~ But let’s not get ahead of ourselves:

Thor: The Dark World has a susprising ending and well as some surprising twists… and it’s all about Loki. But was that planned? Totally, says Kevin Feige. Some things were added for sure (like the first scene we see Loki), but that ending was totally planned.

It was always our intention to go to new and surprising places with Loki.

Jaimie Alexander elaborated on what she knows about the Superman/Batman movie, but nothing conclusive about her rumored role as Wonder Woman or even if that character would be in the movie.

Being in the comic book world, we know a lot of the same people at DC and Marvel, so we hear a lot of things, but it’s all speculation right now. But I would absolutely love that [Wonder Woman appearing in one of the upcoming films]. Thankfully and gratefully, I’m appreciative to the people who ask my opinion of the character, and that’s been pretty amazing.

Girl knows how to work the press though, as she retweeted the following image: 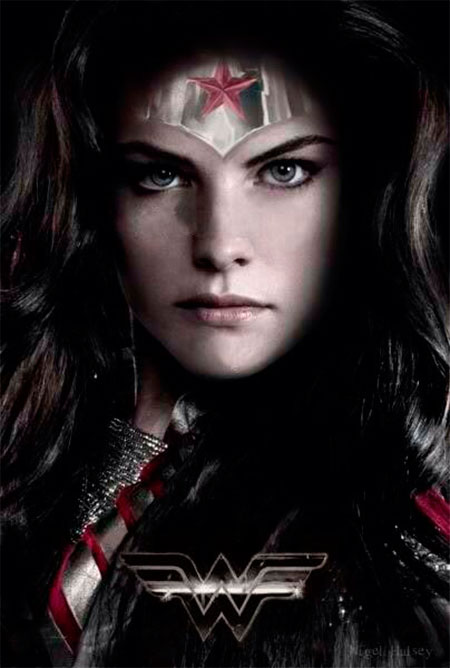 Back to Marvel, Sir Ben Kingsley kinda hints that his “secret project” with Marvel will be a one-shot:

I think it may be seen as . . . sometimes [Marvel] tacks on a short film to one of their other releases, maybe on a DVD or something. I haven’t heard anything at all about this. So it’s in progress. It will have to remain under wraps. Marvel was so brilliant in the way they kept the transition from the Mandarin to Trevor Slattery in Iron Man 3. They were absolutely brilliant at it. I so respect the way they dearly want to surprise their audiences. But we will just have to leave it in the realm of rumor.

Remember that Attack The Block‘s director, Joe Cornish, was being considered for Star Trek 3? He’s being considered again! Specially now that it’s practically given that J.J. Abrams won’t be directing this one because of Star Wars. While I would love for Cornish to direct that movie, I wonder how would I deal with Star Trek without lens flare?

We have new character posters for The Hobbit: The Desolation of Smaug and damn why they keep doing terrible photoshop to Martin Freeman’s face? Anyway, here are my favourite with Richard Armitage’s Thorin and Lee Pace’s Thranduil: 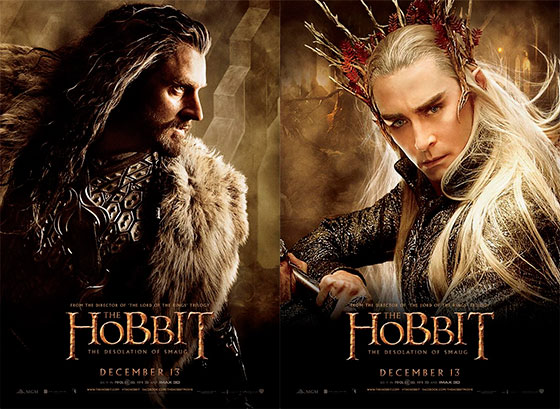 Michael Rooker, from Guardians of the Galaxy, reminds us that Groot is not a tree, you guys! But may I continue calling it Space Ent?

Thor: The Dark World is getting money all over the world and that makes me happy~ It got $109.4 millions on its debut in 36 markets!

And talking about box office, our beloved Gravity (which I finally got to watch, yay!) has reached over $400 million worldwide!

It’s organised flailing. I didn’t learn any steps, I didn’t train – that’s my misspent youth in the 1990s, I have always loved dancing.