The Fangirly Diary of a Geek Girl: Of dragons and ant-men~

OMG! The announcement trailer of Lego: The Hobbit is freaking adorable!

On related news, Martin Freeman got interviewed by Rolling Stone and he’s pretty sure the decision to make The Hobbit into three movies wasn’t motivated by money. At least not on Peter Jackson’s side.

I don’t know Peter like a brother, but I know him reasonably well, and I don’t see him as someone who’s motivated by bread. A) he doesn’t need it, and B) he doesn’t need to spend any more time in his life on something that he’s not totally artistically invested in. That’s not how he comes across in person. It’s not how he directs. Have you seen him? He’s still the 12-year-old that he was, just being passionate about films. I don’t think he’d be making the film into a trilogy unless he really in his gut wanted to.

Talking about that sexy dragon Smaug, here’s five things we didn’t know about him. Although I did know about at least one of those things!

Continuing with the theme, here’s a first look at Cate Blanchett’s character in How to Train Your Dragon 2! Here’s more about her:

Valka, a vigilante who is springing dragons from traps and hiding them in a refuge away from the villainous dragon hunter Drago Bludvist (Djimon Hounsou) and his No. 2, Eret (Kit Harington). 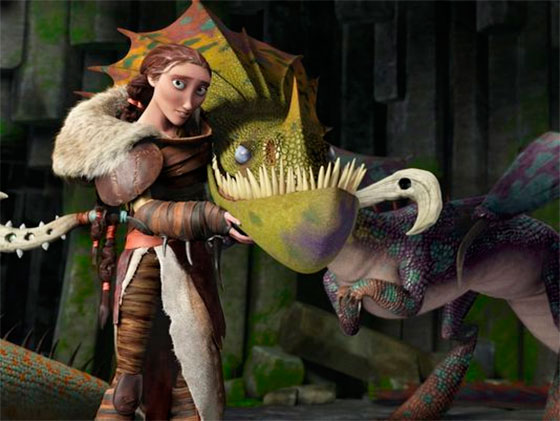 Apparently Dwayne Johnson beat Robert Downey Jr. at being 2013’s highest grossing actor. I mean, sure RDJ was in Iron Man 3 which made a lot of money, but Dwayne Johnson was in more movies, including highly successful Fast & Furious 6 and G.I.Joe: Retaliation (and also two smaller movies). Congrats to The Rock!

In other news, goddammit, Joseph Gordon-Levitt, your cheekbones ain’t epic enough to be Dream a.k.a. Sandman! You better lose some weight and have awesome make-up! Yes, JGL will be producing and probably direct/star in Sandman, along with the creator Neil Gaiman, as well as David Goyer and Warner Bros.

Yep, Moffat totally confirmed that John Hurt was there as brand “new Doctor” in the 50th Anniversary special in order to replace Chris Eccleston. OK, I get in the end it would have been akward should Eccleston have accepted because “it doesn’t fit with [2005’s] Rose at all”. But I totally disagree with the notion it couldn’t have been Paul McGann’s Doctor either! Bad Moffat! Bad! Still, I love John Hurt so maybe it was for the best~

Yeah, ok, something not-so-good happened during that Sherlock series 3 preview presentation. Caitlin Moran hosted the Sherlock Q&A after the episode was shown. And it was all fine and dandy, until she tricked Benedict Cumberbatch and Martin Freeman into ready fanfic out-loud. That itself is cringe-worthy. Not only that, but the woman in question then proceeded to mock the fanfic writer and that’s even worse. Yeah, as you can expect, the fandom was not happy about it. Rumor has it BBC is pissed at Moran and she has been thoroughly reprimanded. What I do know is that bint has practically uninvited herself to any Sherlock event~

Also not-so-good is that Harvey Weinstein is definitely gonna cut 25 minutes of Snowpiercer. 25 minutes full of “character-detail”, turning the movie into “a more conventional action-thriller.” Fuck no. Goddammit, Harvey Scissorhands! What? And you think giving us shitty voiceovers, even if they’d be written by Neil Gaiman whom I like, will be enough? Fuck that!

I hate to finish this day with such a note… so here’s great news of Cartoon Network NOT being an asshat and celebrating The Powerpuff Girls‘ 15th anniversary with a new special! And the special will get a special guest! Ringo Starr will voice Fibonacci Sequins, Townsville’s most famous flamboyant mathematician! 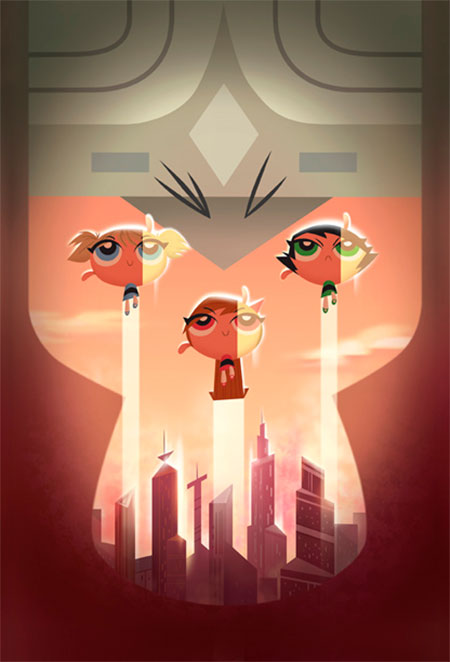