The Fangirly Diary of a Geek Girl: Nothing’s been the same since New York

Greetings, my fellow geeks! This week there were lots of things that made me squee with fangirl joy, but nothing more than the premiere of Iron Man 3 first trailer… and yes, things have changed since The Avengers! But I digress, here is how the week started:

So just when I was getting over the cancelation of Avengers: Earth’s Mightiest Heroes, character designer Thomas Perkins decides to unearth some “what if” concept art. Bastard.

Preview of the cutest comic ever in creation. OMG I need to read A-Babies vs. X-Babies! It also reminds me how much I miss Chris Giarrusso’s Mini Marvels [1]. 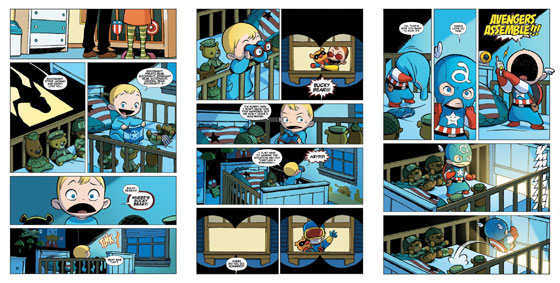 Stephen Colbert, one of my fav Americans, could have a cameo in The Hobbit trilogy, probably as an elf since he can read Elvish, and I might just have had a minor heart attack.

And we got the first look at what will be Iron Man 3 with a teaser trailer on Tuesday. I might have screamed a little. I don’t know, those synthetic sounds that always go with Iron Man movies are a total turn on.

Goddamit, it’s the preview of the end of Journey into Mystery with Kieron Gillen and Kid Loki. It was a great year. And while I am glad there are female comic writers, Sif has never interested me that much, so I am gonna jump ship and follow Kieron’s Kid Loki to Young Avengers once it starts.

Finally, pictures of dashing Tom Hiddleston at the BFI London Film Festival where he was part of the jury for Best Newcomer. Just some advice, my darling, tell those HD make-up artist to use something closer to your skin tone! Here we have him being a humble bastard, claiming that Rpattz was obviously the sexier choice and that’s why he won the Glamour poll. That’s crazy talk, Hiddles! We also have sad news reggarding Black Wings Has My Angel project, it’s been put on hold after co-star Anna Paquin became a mum:

Anna Paquin was going to play opposite me, she’s had a baby, so being a mum is much more important than being whatever that low life character is. [1]

Just recast! LOL. So he also talked about how is it working with Tilda Swinton (Only Lovers Left Alive) and Chris Hemsworth (Thor: The Dark World):

I always liken working with people to playing tennis. And you play a new game every time. And it keeps you sharp. And playing with different opponents, so working with Tilda, working with Chris… they’re different actors in different things. What’s exciting is it’s always new. And that’s what I always wanted it to be. You’re never kind of re-heating the pudding in the microwave. [2]

And Thor’s back in Midgard! Thor: The Dark World is filming again in London. 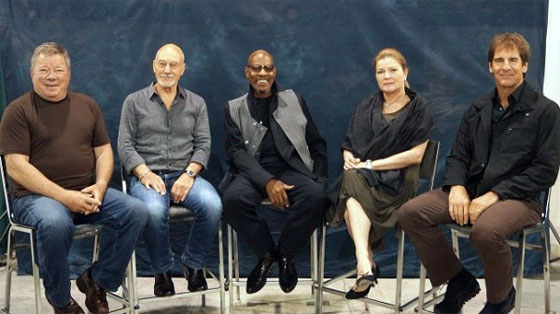