The Fangirly Diary of a Geek Girl: Not Hogwarts, A History

Greetings, fellow fangirls and fanboys! This week we reaffirm that fandoms never die, as far as new merchandising goes, at least! Then we have new movies and series. Also, rumors and confirmations of the casting kind! Here’s how the week started:

Warcraft may be one of the most successful videogame movie ever, with a budget of $160 million and a box office of $430 million worldwide, but the studio will still lose about $40 million due to substantial advertising. Still, China kinda saved the film, and IF they make a sequel, it would be focused on the Chinese fans rather than the American ones. Which is fair, I guess. I just hope Chinese fans want more orcs!

Now that we have a young Han Solo (Alden Ehrenreich) in the as yet untitled Star Wars Han Solo -ahem- solo movie, it’s time to start the casting of supporting roles! Besides the casting for Chewbacca (who can be anyone tall enough), the need for a young Lando Calrissian is paramount. We might have met Lando in The Empire Strikes Back, but dude has a long history with Solo. Lando lost the Millennium Falcon to Solo in a game called sabacc after all! As for who might get the role, rumor has it that Donald Glover is directors Lord and Miller’s top pick for the role. I wouldn’t mind.

Other casting currently going on for that film is that of its female lead. According to rumors, it’s been already narrowed down to four possible actresses, and none of whom are white! Could it be that they are casting for Sana Starros? Not confirmed at all, and she’s a new canon character from Star Wars comics. But the Star Wars movies apparently don’t mind bringing in players from the other materials (We have Forest Whitaker as Star Wars: The Clone Wars‘ Saw Gerrera in Rogue One). She has history with Han, as  once she posed as his wife for a job and believed the two were really married (and yep we got love triangle between Sana, Han, and Leia). 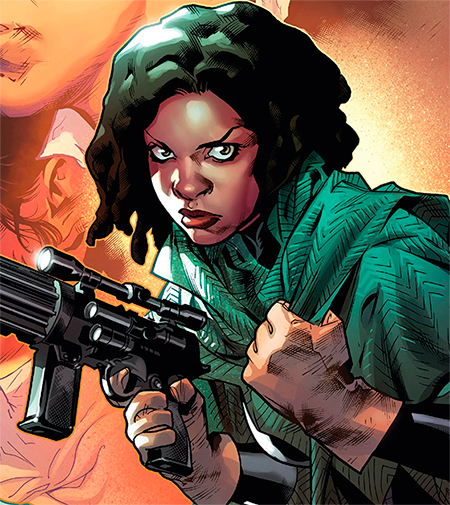 Felicity Jones talked with EW about her character Jyn Erso in Rogue One. She also talks about the “huge amount of respect for women in the Rebellion”, how Mon Mothma is someone her character looks up to, and how “it’s vital” that in a world where women are becoming leaders of nations, films reflect that.

Vikings creator Michael Hirst talked with EW about the second half of Vikings Season, specially information concerning the main characters Ragnar (who came back after losing a big battle to find out what had become of his sons and deal with unfinished business), Floki (who has to reimagine his whole life, which will lead to “quite extraordinary outcomes”… also Hirst ships Ragnar/Floki kinda), and Lagertha (who has a new love interest, Astrid, becomes men suck, and she trusts and is more comfortable with Astrid). We also got some exclusive photos, like this one, and damn Ragnar and Floki need to take bette care of those beards! 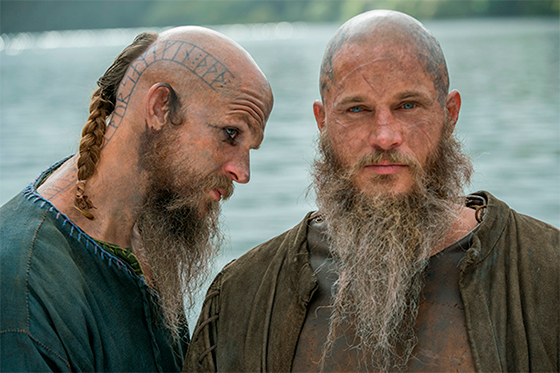 Last week we had a rather intense picture of Jason Momoa’s Aquaman playing guitar, and a couple of more playful pics of him “being a band” with other cast members. But don’t let that fool you, Aquaman ain’t not rockstar. In fact, if we were to believe Aquaman director James Wan, “he’s kind of the Wolverine” of the DCEU:

I look at him, he’s kind of the Wolverine in some respect. He’s the outsider who gets pulled into this world and he kind of doesn’t want to belong and he was doing his own thing. And he prided freedom above everything else. That kind of plays nicely into who his character is. He’s like a reluctant superhero, right? He’s the reluctant king, basically, or would-be king.

Behold the beauty that is this Firefly animated series trailer that we wish were real! All thanks to the amazing talents of artist/animator Stephen Byrne, also known for the awesome Star Wars Episode 7.5 mini-comic~