Greetings, my fellow fangirls and fanboys! The most important news this week were a couple of trailers. Trailers that will possibly bring fresh air to beloved franchises. Besides that, we have all the cool news of geeky movies, series and comicbooks~

Empire Magazine keep sharing The Hobbit: The Battle of the Five Armies related stuff. Now it’s an awesome behind-the-scenes picture of Richard Armitage in his Thorin regalia jumping into action. 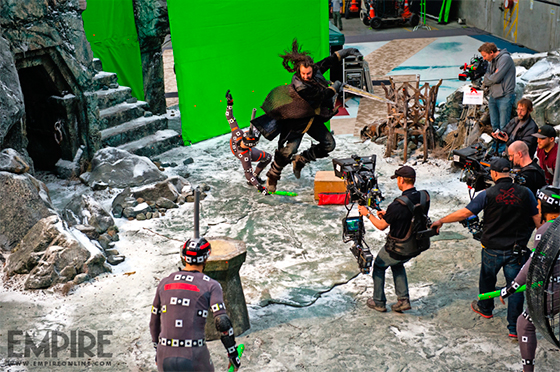 I love big ass shared universes in movies, as well as huge franchises. But I’m a little worried about the numerous shared universes being planned by the studios, without having a strong base film to grow from – or in some cases, NO base film to grow from. […] These days studios are trying to grow trees without a strong seed. Execs and producers and sometimes even directors are focused on the big picture, without perfecting the task directly in front of them – making a great movie. And studios are trying to grow franchises from non-existent films or middling successes. It’s like they aren’t taking audiences into account at all anymore.

The Hunger Games: Mockingjay Part I wins the local box office race, surprising nobody. Sure, with $55 million on openning day, it is lower that the two first movies of the franchise, but it is still the largest opening day for any 2014 film. Congrats, Katniss! Keep making money!

Natalie Dormer talks feminism, equality and of course Game of Thrones (where she calls Kit Harrington “an idiot” for not using a wig early on and being doomed to never alter his hair until… Jon Snow dies or gets a dramatic haircut I guess?) and The Hunger Games:

Women are over 50 percent of the population. [Mockingjay is] one of the few films that actually represents us. What we’re aiming for in the industry is not to go, “Girl power! Wave the flag!” We want to get to a place where the gender is irrelevant, because then it’s about the personality, and about the story.

Some lucky bastards got to watch the two-part crossover between Arrow and The Flash. Here’s the promo art for said screening: 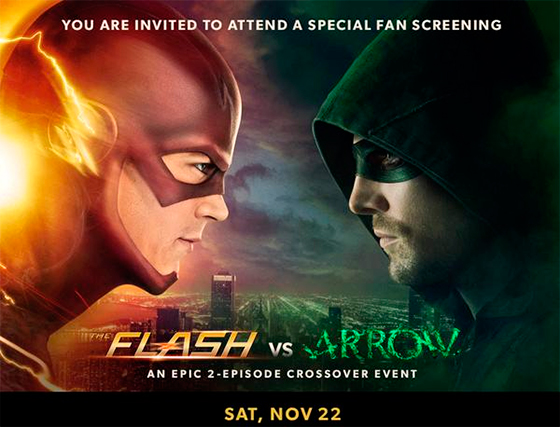 We are finally getting a Season 2 of Attack on Titan… in freaking 2016. What is this, Sherlock!?! I guess we will have the animated movied and the live-action one to keep us busy… I hope.

It’s been confirmed by produced David Heyman that J.K. Rowling has completed the Fantastic Beasts and Where to Find Them script and it is wonderful, and that filming will start next year.

So Emily Blunt knows nothing about Captain Marvel, but she still wants the role because the interviewer selled the part right what with the “You’d be a hero for every 10-year-old girl out there right now”. Come on, Marvel!

Christian Bale contemplated doing another Batman movie (or maybe just keep working with Nolan). And how he was kinda jealous of Batfleck even if he over it by now… kinda~

The fact that I’m jealous of someone else playing Batman…I think I should have gotten over it by now. I haven’t spoken with Ben, but I emailed him offering bits of advice that I learned the hard way. I would imagine he is doing everything he can to avoid anything that I did.

The Hollywood Reporter gives us more details in The Flash vs. Arrow crossover event. And yep, that “vs.” part is quite real! Here’s what Grant Gustin says about it:

Barry’s not himself in The Flash vs. Arrow. It was really fun; I got to play a different character, essentially, who was losing his mind. Some truths come to the surface that wouldn’t have otherwise, because Barry’s been brainwashed, and that’s the reason the fight ensues. […] Oliver is keenly aware of [Barry’s affliction], and they’re fighting, but it’s more Oliver trying to get him back under control.