There is no better way to propel this franchise into the future than producing quality products. Filming of Star Wars: Episode VIII, the next chapter of the legendary saga, has just commenced and it will be in theaters December 2017. And production of Episode IX, a 2019 release, has also begun.

Guess when he means production of Episode IX has also begun, he means pre-production. Director Colin Trevorrow ain’t gonna start filming that one until next year at least! Also, Peter Mayhew, Tim Rose and Mike Quinn had to cancel their scheduled appearances for Pensacon, a Comic-Con in Florida. That means that Chewbacca, Admiral Ackbar and Nien Nunb are going to be in Episode VIII! Also, rumor has is that Ewan Mcgregor is in talks to play Obi Force ghost in Episode VIII!

Another film that has also begun filming is Guardians of the Galaxy Vol. 2, and director James Gunn provided fans with a first glimpse of the new logo on his director chair~

Talking about productions, here’s the first pic of cutie-pies Grant Gustin and Melissa Benoist on-set together for the Flash/Supergirl crossover! 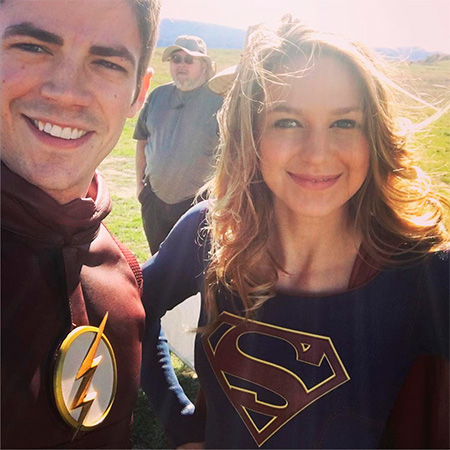 Outlander reveled its Season 2 trailer, which I shared on Facebook, as well as the premiere date: April 9th! We also got a lovely picture of Claire Randall Fraser (Caitriona Balfe) and Jamie Fraser (Sam Heughan), in their fancy Paris clothes. And man, I am not exactly an expert in XVII century clothing, but that plunging neckline on her gown cannot be historically correct. Still, gorgeous dress! 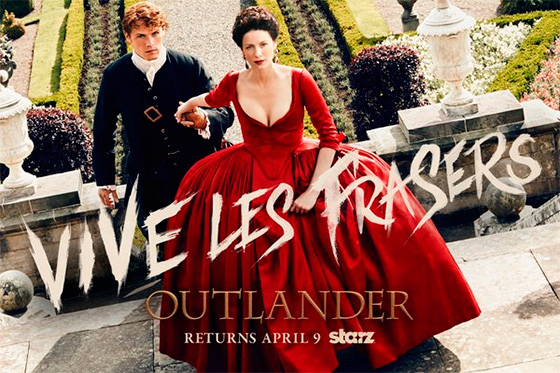 Here’s the first clip of the new Powerpuff Girls, which look a lot like the old Powerpuff Girls. And while they don’t sound like them, they sure try! The new series debuts in April, and I will sure give it a try!

On unusual casting news, Emily Blunt will do some voice work in My Little Pony: The Movie. She will play a brand new character created for the animated film. The synopsis is very vague and could describe some of the many episodes in the TV series. Oh well, Emily, you better be ready to get fangirled and fanboyed by bronies (and pegasisters).

As for what these movies will be about, well, we know that Transformers 6 is a Bumblebee spinoff. Or so Tom Warner, the Transformers franchise leader for Hasbro said on a conference call.

Behold! Here are the original 6 survivors of The Walking Dead, courtesy of Entertainment Weekly! And there are some portraits of some of the deceased The Walking Dead characters. 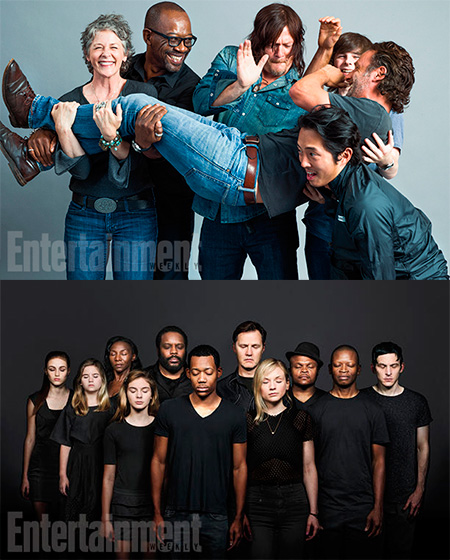 Two new LEGO Star Wars animated series come to Disney XD! The first is LEGO Star Wars: The Resistance Rises, a short-form series that debuts on February 15 following the Gravity Falls finale. The first episode, titled “Poe to the Rescue,” will “follow Resistance pilot Poe Dameron as he comes to the aid of Admiral Ackbar who is being held captive by Captain Phasma”. The other is LEGO Star Wars: The Freemaker Adventures, which will debut during the North Hemisphere’s summer, and it’s about a family of scavengers who build starships from the debris of space battles and then sell them.

Finally, in most excellent Box Office news, Deadpool had a fantastic debut day on Friday with a $47.5 million. That kind of money, including the $12.7 million in Thursday night previews, is a record for an R-rated film, as well as for February.

And that’s it for the week. Before I go, I want to wish Happy Birthday to Dane DeHaan, John Williams, Michael B. Jordan, Tom Hiddleston, Laura Dern, Chloë Grace Moretz, Natalie Dormer and Christina Ricci. 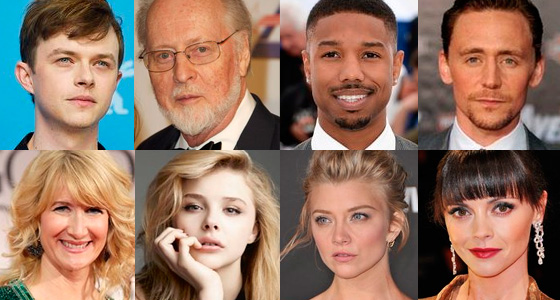