Greetings, my fellow fangirls and fanboys! We have news from all sides of geeky media: movies, comic books, TV series; both factual and rumors! But let’s start with the superhero that brings all geeks to the yard~

Aaaaand it’s Spider-Man! Yup, your friendly neighbor it’s the big player as far as licensing profits go. In 2013, Marvel’s Spider-Man got global retail sales of $1.3 billion. Compare that to DC’s heaviest hitter, Batman, with $494 million. The second places have less of a difference, even if Marvel wins again: Avengers with $325 million and Superman with $277 million. So yeah, Spider-Man movies ain’t doing as great as Sony wishes, but Marvel still gets money from all the Spider-Man plushies… I mean action figures an stuff~ 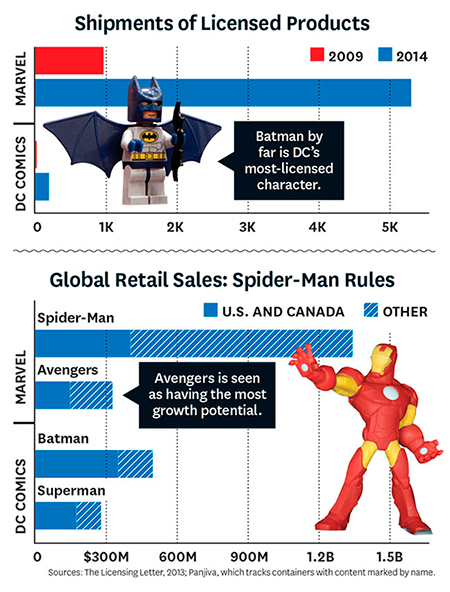 I don’t know how that decision came about. The comic was not a huge seller. The Fantastic Four is a very established group of characters, and the film is awesome. Yeah, I think…I don’t know how that played into their decision, but it wasn’t…the book wasn’t selling as well as others.

Chris Pratt joins some Marvel films alumni who has said they wouldn’t mind appearing in Agents of S.H.I.E.L.D. The TV series has gotten way better story-wise, the ratings have yet to take off. Chris Pratt could help, but it will of course depend  “if it made sense for the brand and for the story”.

There’s a new dino in the house of Jurassic World… a D-Rex! The hell is that, I hear you ask? No idea, but LEGO leak (LOL) already spoiled us about its existence. And it totally looks like an albino T-Rex with longer arms and thumbs… who eats nondescript black minifigs. In the link (which is from Monday because the original place I saw the news got deleted) we also see a good-old T-Rex, some Velociraptors (in four different color schemes!) and even a Compsognathus. 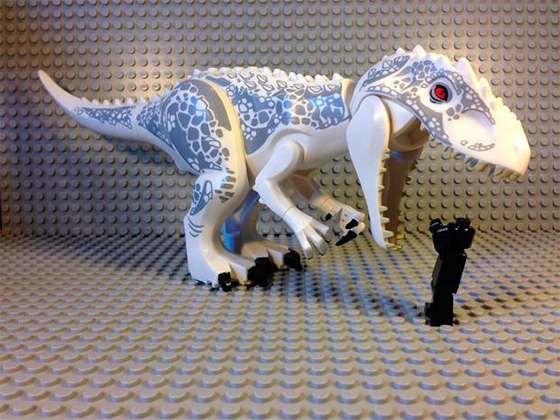 So, Interestellar hasn’t kept (or reached) the first place in US Box Office, but it is doing quite well overseas! The movie has already passed the $300 million mark worldwide~ You do you, Nolan.

It seems that despite Captain America 3 being Civil War, Winter Soldier will still play a key element in the story. Awesome! I was worried that Sebastian Stan’s role will diminish with the story of Civil War and adding RDJ and Chadwick Boseman to the story.

Arrow‘s Stephen Amell thinks DC was kind of an asshole (paraphrasing mine~) for announcing another guy (Ezra Miller) as movie Flash just days after TV Flash (Grant Gustin) made his debut.

I thought that the way that Warner Bros. announced the slate of DC movies could have been handled better. And I think someone like Grant Gustin, who has just launched an iconic character like the Flash to record-breaking numbers, numbers that far-surpassed Arrow’s numbers, he should have been given a wider berth than two episodes before another actor was announced to play his character. All that being said, that’s because I’m protective of Grant, and that’s because I think producing 23 episodes of superhero television is more difficult than producing a feature film. And it’s 23 episodes again, and again, and again.