Confirmed date of Doctor Who‘s return: March 30th! Talking about Doctor Who, apparently all Doctors will be in the 50th Anniversary. Rumor has it that the producers have gotten agreements from all living actors who have ever played the Doctor, and they have visual effects for the actors that have passed away. This better be real, don’t toy with my emotions, Moffat!

OMG Young Avengers #1 is finally here! It was awesome! I love all you guys so much! Also, it’s got good reviews, so at least I know I am not raving alone. Also, dammit, Billy Kaplan, look at your life, look at your choices. Is “bad decision making” a genetic defect all members of Magneto’s family have? 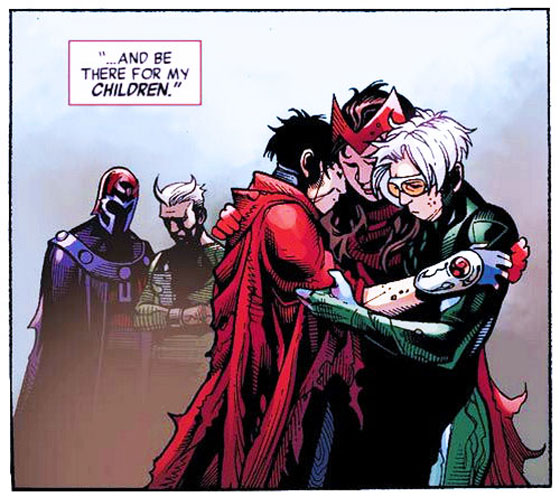 House of M: Bad decision making is their secondary mutation!

Anyway, we also got a couple of interviews where Gillen and Gillen/McKelvie talk about their kids. For example, about Miss America, Gillen says:

She’s a completely different character to all the Young Avengers, because they tend to be quite nice middle-class kids. They’re generally quite sweet, and Miss America isn’t sweet.

She may not be sweet, but she is kick-ass! Also, McKelvie talks about Billy and Teddy’s more intimate relationship:

From my POV, I’m treating them like I would any other couple in a comic. So when they’re sat together, one might have his arm round the other when they’re talking, they’ll touch; when they’re kissing, their lips will totally be touching.

Sif and Kurse keep spilling the beans about Thor: The Dark World. Jaimie Alexander hints that she may have a scene with Natalie Portman’s Jane Foster. And Adewale Akinnuoye-Agbaje needs to go back to Magical Beings 101:

When I was first approached about the role, I was a little confused, because my perception of an elf was a dwarf, and I thought, ‘This is interesting – are they going to morph me int this dwarf character?’ But, actually, It’s a very interesting take on a dark elf: this creature who is dark because he comes from a dark world.

Oh… dark world! Hint, hint! Still, you in danger, boy! Both dwarves and elves would be so offended!

Holy Lens Flare! J.J.Abrams will direct Star Wars Episode VII. The Wrap said it first and Entertainment Weekly confirmed it. Apparently, Ben Affleck was also suggested to direct. Man, I’m glad they went to J.J.Abrams. As much as I appreciate Affleck as a director, he doesn’t seem the type for this kind of film. So Abrams’ denial back in November was him being a horrible tease, or he just changed his mind? And will the lens flare added to droids and light sabers blind us? Fanboys are already running in circles. Whether it’s from giddiness or terror is up to them. 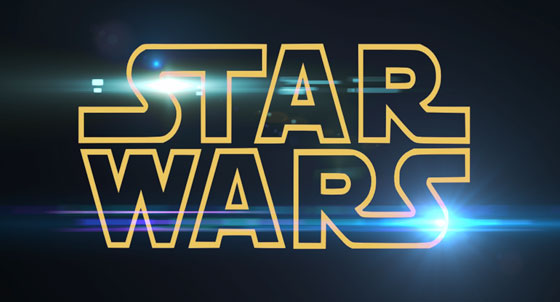 Talking about horrible tease, Kevin Feige talks a bit about “Phase 2” movies and how it will relate to The Avengers sequel.

I would say that the exercise of this film is very much standalone, more so than any Iron Man film since the first one. But because we are in Phase Two and we’re heading towards another Avengers movie, there’s certainly a road that’s being paved — you just might not notice it. While you’re driving on the road, not knowing where it’s going, you might not realize that there are road signs and signals and lane changes that we’re setting up now — they might not be readily apparent the first time you see the movie.

James Mangold talks some more about The Wolverine, where the trailer comes soon, everything is intese, Wolverine gets a new haircut and Japan is all around:

I think there is a lot of ways that Japanese film, Japanese fighting, Japanese martial arts have had an effect on this movie. And certainly the movie is dripping with Japanese tradition both cinematically, fighting-wise and philosophically as well.

Yay, I like my lovely Teenage Mutant Ninja Turtles come back, and their first episode of the year is about the Rat King! He looks quite creepy and makes the turtles fight Splinter, oh no!