Foreign posters of geeky movies sometimes are very creative, and here’s an example: the Chinese character posters for Justice League! 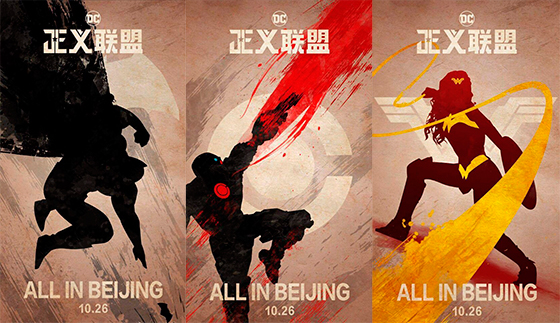 Venom has finally kicked off production with Tom Hardy already on-set to play Eddie Brock, the human that will turn into Venom. Also, according to an offhand comment made by Andy Serkis during an interview, Tom Hardy could be playing Venom using performance capture.

Logan writer and director, James Mangold, told The Hollywood Reporter that he is working on a film about Laura (X-23), and X-23 creator and (another) Thor: Ragnarok screenwriter, Craig Kyle, is on hand to work alongside him! Craig Kyle later confirmed it on his twitter with a “I’ve been sitting on this news for months! One of the biggest secrets I’ve ever kept”.

Yay! Ben Mendelsohn is back to his villanous ways! The Aussie actor is in talks to join Captain Marvel as the main villain, probably the leader of the Skrulls. So, he will be under heavy make-up, unless the Skrull wants to look like a random human.

In Marvel comics news, The God of Thunder gets a makeover ahead of Thor: Ragnarok‘s release. Ohai not longer Unworthy Thor, looking good with short hair and a beard just like Chris Hemsworth and… WHY IS LOKI WEARING THE INFINITY GAUNTLET OMG I NEED TO KEEP UP WITH MARVEL COMICS BESIDES STAR WARS! 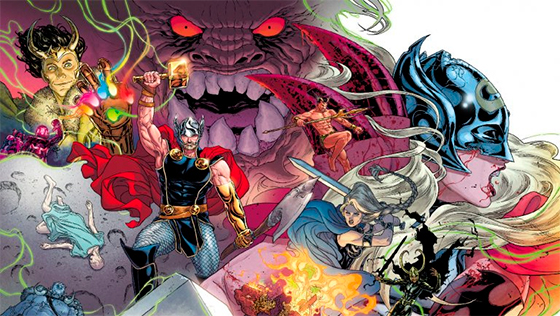 Vincent D’Onofrio is back as Wilson Fisk for Daredevil season 3! Also, Erik Oleson, executive producer and writer of The Man in the High Castle and co-EP on Arrow season 1, is the new showrunner.

You know how some say that all Marvel films are basically the same? Well, Big Boss Kevin Feige has something to say about that!

I think all the movies are relatively different. I think there’s a narrative that people like to write about because they’re all produced by the same team and they all inhabit the same fictional cinematic universe. That we look for common similarities. […] But really, yeah, Homecoming, Ragnarok, Panther, into Infinity War, Ant-Man and the Wasp after that. And a ’90s-set Captain Marvel after that; these are six very different movies. If what they have in common is they’re all really enjoyable and fun to watch, then I’ll take it.

Damn, Jeff Goldblum revealed the possible plans for another Team Thor short, now starring The Grandmaster! You know, after the events of his after credits scene in Thor: Ragnarok. Poor Darryl tho~

So what happens? Well, I could go anywhere – I might knock on your door, and say hello. Guess who’s here? I shot a thing with Taika, where there’s a roommate in Australia. I show up at his, and I do knock on his door. And I take up residence in the little flat, as they say here. That’s what I do. And order things from the takeaway restaurant. Buy all the local foods.