Also, their marketing department is full of sneaky bastards, who totally hid the link of the new poster in the part of the trailer where most fans where distracted by Alice Eve in her underwear (and acting kinda robotic). BTW, the hidden poster look like it came from the latest Mission: Impossible movie because why not~ 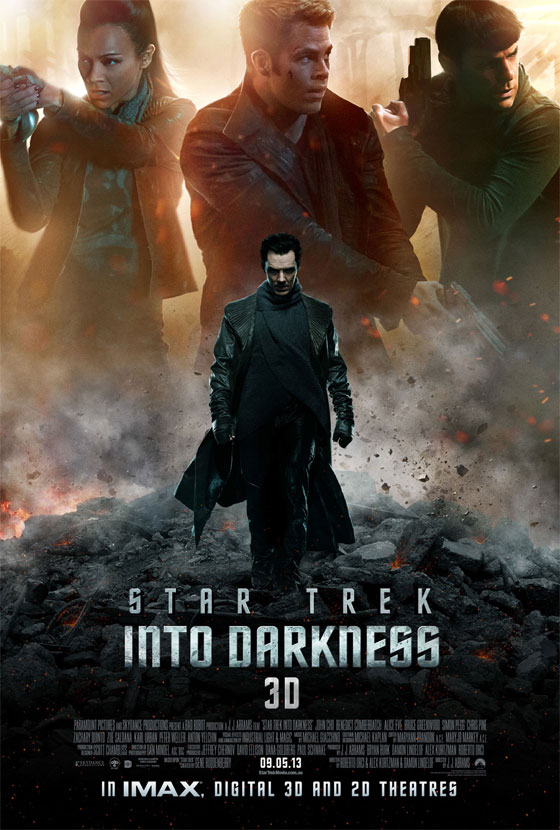 OMG! Pepper Potts is totally going to be Rescue in Iron Man 3. Or at least, putting the armor on. Sure, there were hints and rumors, but now it’s been confirmed. Kinda.

I didn’t mind wearing the suit at all. I thought it was light and perfectly comfortable and my children thought I was extremely cool. They were here on a day where I was in it, so they were trying it on and when my son saw me in the suit, he had the biggest eyes, so it was definitely worth it.

Game of Thrones prequel? HBO is definitely considering it! You see, George R.R. Martin wrote some novellas about two characters called Dunk and Egg, that happen in Westeros but a hundred years ago. Apparently, those are fan favourites and HBO has been “playing with the idea of doing those as prequels”. Well, if they want to keep the fans distracted while they wait for a new season, go for it~

The Lizzie Bennet Diaries has a Kickstarter campaign where you can get a DVD set: 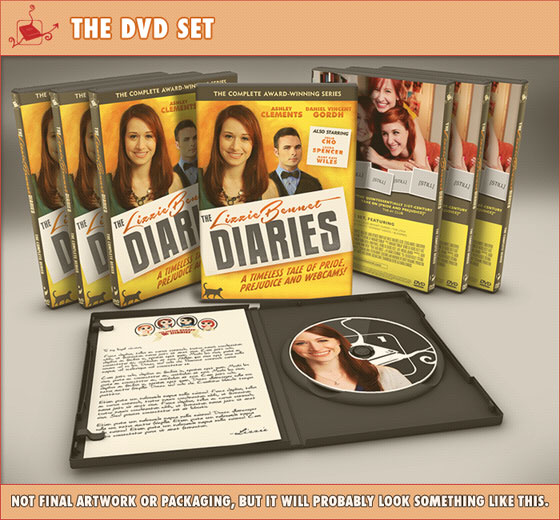 They also talk about their next project: Welcome to Sandition.

Based on one of Jane Austen’s unﬁnished novels, Welcome To Sanditon will be a full interactive experience that takes you to the beach town of Sanditon, California as it attempts to revitalize itself into a modern resort destination.

Hiddles gets interviewed while he was at the premiere of Book of Mormom in London at Prince Of Wales Theatre. He talks about how he was a fan of South Park when he was in school (boy, are we old!), he doesn’t shock easily, he would love to do Guys and Dolls, tells the least offensive “offensive joke” ever, his trip with UNICEF to Guinea,  and of course Thor: The Dark World. Vaguely. Also, he hope we are keeping warm~

Robert Redford in Captain America: The Winter Soldier? If they close the deal, he will be playing an older member of S.H.I.E.L.D. Make it happen, Disney/Marvel!

Ryan Reynolds talks to Empire Magazine about the possible Deadpool movie. The script is apparently fun and gets compared to Zombieland (since it also has the same writers), but it’s almost NC-17 and he doesn’t think a studio will risk it. Aw, Reynold’s Deadpool wasn’t great in X-Men Origins: Wolverine, but I do want a Deadpool movie! Oh well. Dude also said he has no interest in Justice League if it’s going to suck (like Green Lantern).

Working on Green Lantern, I saw how difficult it is to make that concept palatable, and how confused it all can be when you don’t really know exactly where you’re going with it or you don’t really know how to access that world properly that world comic book fans have been accessing for decades and falling in love with. So at this point I have very little interest in joining that kind of world. But, you know, a great script and a good director can always turn that around.

So, there’s a couple of promos of games I want to play. The first because yay Marvel Heroes! And the game is totally free! Here’s the video that focus on the villains. Boo, there’s no Loki! But yay for Magneto and Dr. Doom.

The second I want for nostalgia value because OMG Duck Tales! It’s been remastered, nay, remaked! It has new features including a museum and “A MONEY BIN YOU CAN ACTUALLY SWIM IN!” OMG Capcom x Disney OTP!

D-d-d-danger, watch behind you. There’s a stranger out to find you!
What to do? Just grab onto some Duck Tales, oo-oo!