Greetings, my fellow geeks. This week, despite all the stuff about Game of Thrones, and now Doctor Who, both shows being very close to coming back to TV, it was the remake of a beloved game that made me smile and sing! But before that, here’s how the week started:

Most excellent geeky news: A Very Potter Senior Year is not online in YouTube. Indeed, the third and final show in this Potter parody series is finally here, complete with their now sorta-famous Harry Potter, Darren Criss, and movie!Luna. Yup, Evanna Lynch does a cameo here!

Talking about Harry Potter related actors, Rupert Grint and Stephen Fry in the same series? And a comedy about a fast food worker who decides to become a super hero? Where Grint is the super hero and Fry is his sidekick? Oh please let this pilot come through! Pretty please!

Ok, BBC America’s Doctor Who trailer is different enough to catch my attention. Damn, Steven Moffat does like his extra special companions~

Well, I gotta say Sir Ben Kingsley has a way with words~ Hope his Mandarin outstands!

I had peripheral vision of the [Marvel] universe. Kevin Feige came to my house in Oxfordshire. After Sexy Beast, he’d realized I could be really unpleasant on screen. We sat down and had a nice conversation. My garden looked splendid, which I think helped.

Sure, Ben, Kevin Feige hired you because of your splendid garden. LOL.

Ok, I think James Mangold’s enthusiasm makes me watch The Wolverine. Shirtless scenes of Hugh Jackman is a plus.

The graphic novel [Chris Claremont’s fan-favourite comic arc] is so adventurous. It plunges into these ideas of destiny, honour and revenge – as opposed to your standard superhero sagas, which are generally about some gigantic villain out to destroy the Earth, a city or a football stadium.

The day started with the actual second trailer for Games of Thrones season 3. Yeah, it’s totally different from promos/previews… somehow. Still, we get new footage!

New Doctor Who posters with extra photoshop and some plot synopsis (and interviews with Moffat, Matt Smith and Jenna-Louise Coleman)! 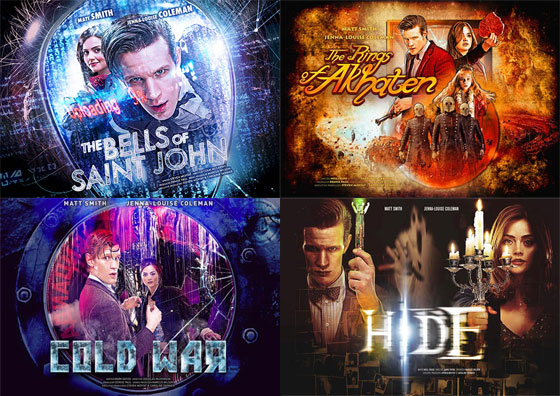 Now it’s Hugh Jackman’s turn to talk about The Wolverine. He seems quite happy with it!

Tonally, it’s different from the other X-Men movies. It’s got massive action sequences, as people would expect, and it’ll be great fun. But it is a character-driven movie. It’s about a guy completely out of his element, in this world that’s foreign to him, and how he copes with that. I feel like we have the opportunity to deliver that badass, kick-ass Wolverine I know everybody wants to see.

James McAvoy just read the script of X-Men: Days of Future Past and he’s already raving abou it. That’s awesome!

It’s great. It’s really good and strong. I think fans will love it. I think people who have never seen any of the X-Men films before are going to be really into it. I think it’s satisfying and giving people what they want, while at the same time being challenging and giving them something different, new, and unexpected.

Also, Bryan Singer promises “some humour and some fun” in the movie, despide how bleak the plot is~

Ok, I am ridiculous but Ian McKellen marrying Patrick Stewart is made me squee. Err… marrying as in he’s going to officiate at the wedding, I mean!