The Fangirly Diary of a Geek Girl: Ladies of the Galaxy

Greetings, my fellow geeks. Of the many news this week, the one that stood up for me is the cool casting choices in Guardians of the Galaxy, and, on smaller scale, how many The Hobbit actors had birthdays! One even began the week!

Happy Birthday, Ian Mckellen! He’s in New Zealand for last The Hobbit pick ups and they celebrated his birthday there. Complete with fireworks as a Wizard should, according to Adam Brown (Ori, the dwarf in The Hobbit). 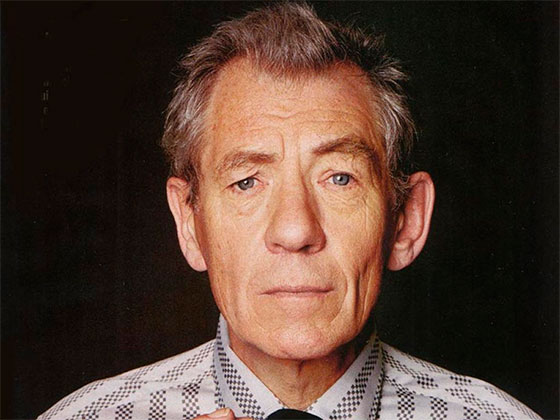 Evangeline Lilly talks about young Tauriel in The Hobbit: The Desolation of Smaug~

She’s a very, very young elf. She’s only 600 years old, unlike Legolas who’s like, 1,900 years old and Thranduil who’s about 3,000 years old. She doesn’t have quite the wisdom and pose that those two boys do; she’s a little more… gritty. A little more spontaneous, passionate perhaps. 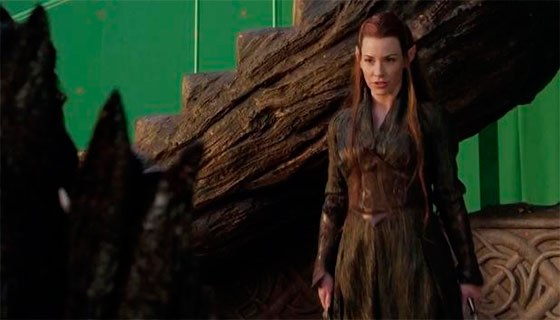 She’s such a kid!

So Baz Luhrmann could have directed Harry Potter and the Philosopher’s Stone [1], and did Moulin Rouge instead.

The first one came along and they rang me, and while I love the pictures and the books now, then I thought, ‘What’s that?’ And said, ‘Well that sounds interesting, but I’m thinking of doing a reinvention of the modern musical,’ and that was Moulin Rouge. So I’m an obvious idiot, because I should have taken Harry Potter.

That was a dodged bullet, and I say this as someone who mostly enjoys his movies.

Fast & Furious 6 gets a record Memorial Day box office! They got more than double the box office of The Hangover Part III, and triple of Epic. Congrats, you guys! Also let’s talk about Han and that cliffhanger. You know, how the ending of Fast & Furious 6 totally connects it to The Fast and the Furious: Tokyo Drift… and we also get Jason Statham, who probably will play the brother of the now-dead Owen Shaw (Luke Evan’s character). I also like Sung Kang’s words about what his character Han meant to him, and how the movie was a proper send off.

The franchise has basically given me a career. Pre-Tokyo Drift, I was like: ‘Am I gonna play Yakuza #1 and Chinese Waiter #2 for the rest of my life? Is America even ready for an Asian face that speaks English, that doesn’t do Kung Fu?’

And as Fast & Furious 6 shows, Han sucks at fighting as he excels at driving fast cars.

Here’s a long detailed article of the state of Guardians of the Galaxy, and among many interesting tibits, apparently we could have John C. Reilly as Rohmann Dey, who will be kinda the Agent Coulson of the Guardians of the Galaxy (probable) franchise. That means the Nova Corps are going to be an important part of the movie, right? This movie sounds a bit cluttered (not as much as X-Men: Days of Future Past), but sounds quite cool!

Joss Whedon is very excited about The Avengers 2 villain and has much to say about him. Except who he is. Damn. Also has perfectly valid reasons why he wants Quicksilver and The Scarlet Witch in the movie.

Besides the fact that I grew up reading them, their powers are very visually interesting. One of the problems I had on the first one was everybody basically had punchy powers. [Quicksilver]’s got super speed. [Scarlet] can weave spells and a little telekinesis, get inside your head. There’s good stuff that they can do that will help sort of keep it fresh.

Lots of pictures and info on Only Lovers Left Alive premiere in Cannes! Hiddles and Tilda look like delicious tall glasses of water. 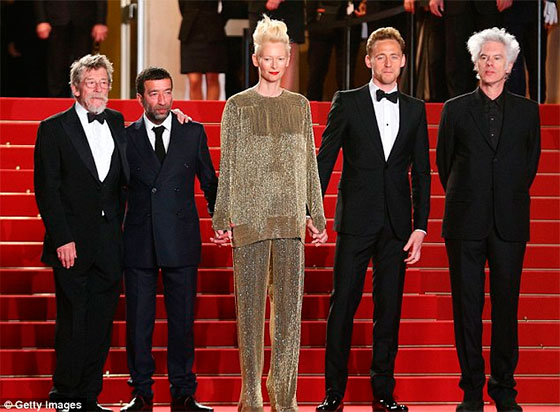 Also, Hiddles talks about his character, considering his past roles.

I had been playing a lot of soldiers and superheroes. It was such an exciting extension of curiosity into an avenue I have never really explored.

Now, Hiddles, remember you played a supervillain, not a superhero.

We’ve certainly talked about that, and I’m happy and willing to do it. J.J. Abrams, who will be the director, seems excited about the idea. I have to say that J.J. is a much younger man than I, but I will try to keep up with him as much as I can!