The Fangirly Diary of a Geek Girl: I’ve been too long I’m glad to be back

Matt Smith dangling from the TARDIS in Trafalgar Square for the Doctor Who‘s special 50th anniversary episode. He looks quite happy doing so~ 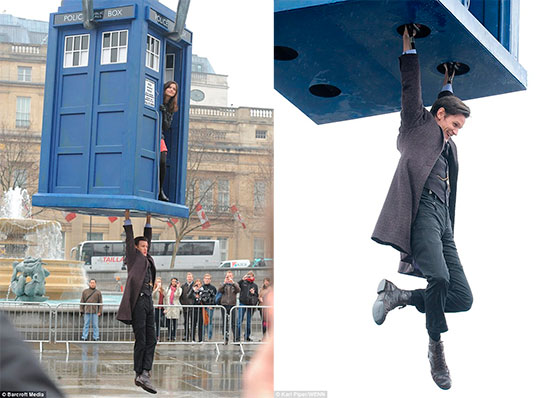 Natalie Dormer is Elementary‘s Irene Adler! She will be in three episodes, including the two-hour season finale! This is what producer Rob Doherty has to say:

As we build our Irene and we get into more detail, obviously, she has to be fairly unique, in that someone like Sherlock found himself attracted to her. As we’ve said in the past, he doesn’t really like to get close to anyone, let alone women. The way we’ve depicted him, to this point in the season, he’s not an especially romantic kind of guy. … If people are beginning to suspect there may have been some sort of romantic involvement, I’d say that’s in the ballpark.

So once more Sherlock is in love with Irene. It’s weird because I never got the vibes in the book, just admiration. But eh, if they all want to ship them, why not!

Mads Mikkelsen joins the voice cast of Kung Fu Panda 3! Oh yeah, Rebel Wilson and Bryan Cranston will be there too. Jennifer Yuh Nelson is back as director, yay!

Continuing on his now legendary adventures of awesomeness, Po must face two hugely epic, but very different threats:  one supernatural and the other a little closer to home.

Saga #12 was banned from Apple app-based platforms because a couple of teeny-tiny images depicting gay sex… while never ever banning depictions of straight or lesbian sex before. Well, that sucks. The writer Brian K. Vaughan has written in a press release where he says amongst other things:

Fiona [Staples, the artist] and I could always edit the images in question, but everything we put into the book is there to advance our story, not (just) to shock or titillate, so we’re not changing shit. 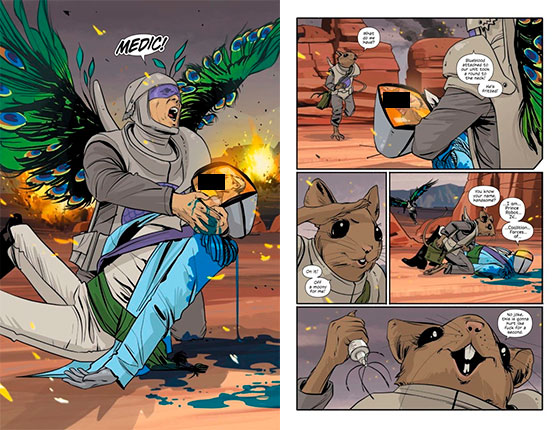 The next stop in RDJ’s awesome Iron Man 3 press tour? Russia! He went to a press conference, showed the movie, and took lots of pictures, including playfighting with Ben Kingsley in the exact place where he playfought with Tom Hiddleston during The Avengers press tour. 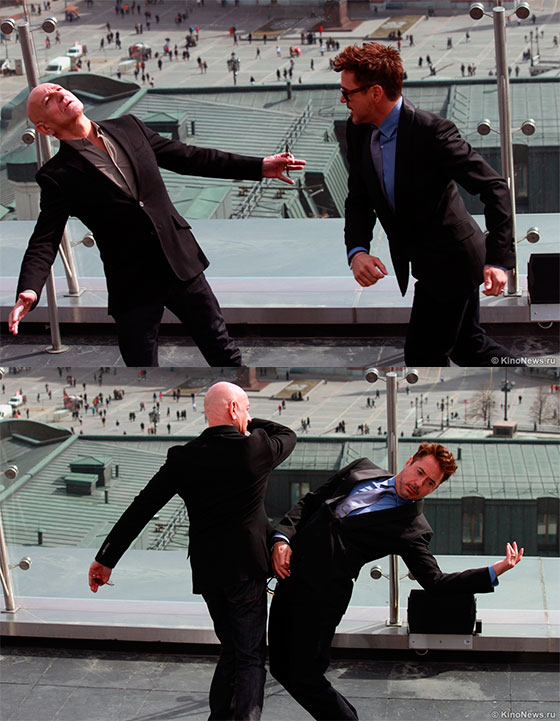 We had the trailer, now we have some stills (and character profiles!) from Elysium~

Episode 2 of Sherlock series 3 is “The Sign of Three” probably based in the novel The Sign of Four, which is the one where John Watson marries Mary Morstan, and the key word of the episode is “wedding“… and Amanda Abbington, who is Martin Freeman’s real-life partner, has joined the cast. I am giddy!

In related news, here are spoilery pictures on the set of Sherlock, where you can see Benedict Cumberbatch in a deerstalker. Also, apparently nobody ever changes wardrobes in BBC productions… or maybe British males actually never do in real life. 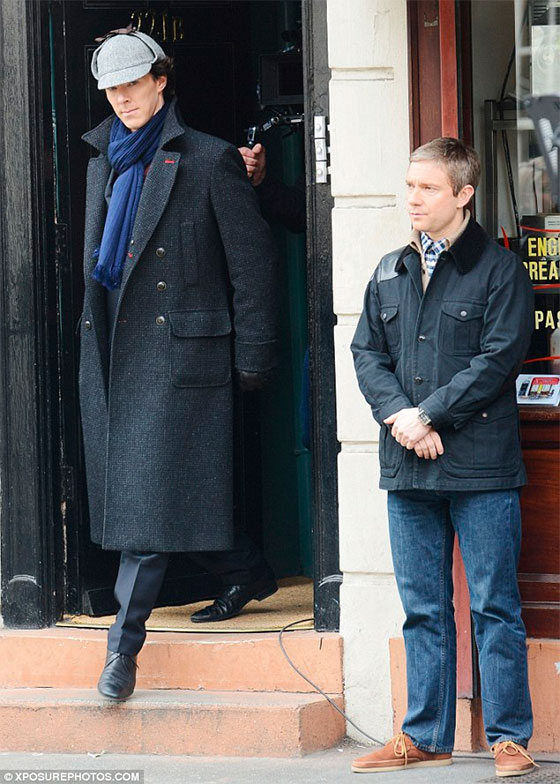 Ok, so no other Doctors but Ten and Eleven in the Doctor Who‘s 50th anniversary episode. Or at least no Colin Baker, Sylvester McCoy or Paul McGann either. Well, that kinda blows.