The Fangirly Diary of a Geek Girl: It’s the Lion King cast and it moves us all~

Today was Hulk & Ruffalo news! First, Taika Waititi explained why The Hulk spoke in Thor: Ragnarok, which I basically what I deduced from the film~

This version — the smarter version — it’s just become so much more interesting and engaging because he’s been the Hulk for two years. He’s a hero on this planet and he’s had more time to just sit with himself and feel comfortable in his own skin.

Mark Ruffalo seemed quite excited about what we’ll get in Avengers: Infinity War and its sequel. And you know what? I’m excited too!

It’s crazy. And it’s huge. And everyone’s in it. And it’s like this epic opera that spans time and space, with all of the Marvel characters in it. All nine franchises. I mean, it’s mind-boggling. Everyone has their moment to shine. Everyone is still their characters. Nobody feels like they’re doing any kind of exposition or having to push the story. It’s so well crafted.

He also said we are getting a new pair of BFFs, sorta… and it’s The Hulk and Rocket Raccoon! I guess with Groot still being a teenager in Avengers: Infinity War (and getting a mentor according to Vin Diesel), Rocket needed a new huge BFF~

It’s a very funny relationship that the two of them have: First of all, it’s the biggest superhero and the smallest. Just keeping them in a frame together is a feat and hilarious in itself.

Habemus full cast from “live-action” adaptation of The Lion King. Disney shared it through all their social media, and yes it’s official now: Beyoncé will voice Nala. Here it is: 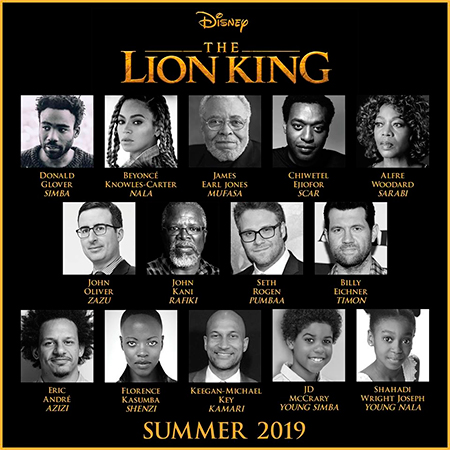 There was a time where Hela was supposed to be the main villain of Thor: The Dark World… but we ended up with Malekith, and we didn’t even get his glorious hair-cape! “It didn’t happen for various reasons”, said Kevin Feige. But hey, we have Cate Blanchett as Hela now which we would have had back then. So it all worked out for the best!

Here are some international posters for Thor: Ragnarok, depicting all the main players of the film, both heroes and villains. Here are the ladies, which I wish interacted more. Even if it was a “But for Me, It Was Tuesday” moment. 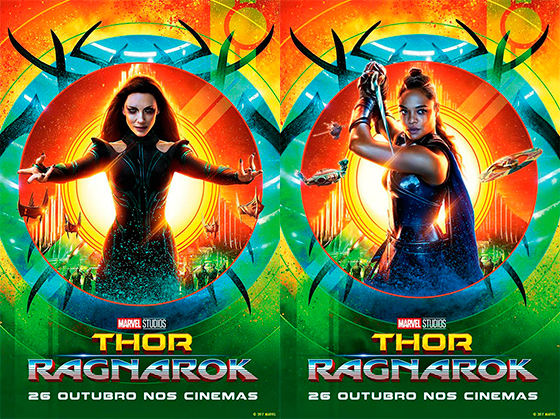 You will not hear a new theme for Batman. You’ll hear Batman’s theme… Hans has done some wonderful, driving, rhythmic stuff, but there has only been one theme and it is the Batman theme. Now, I did use the theme that Hans composed for Wonder Woman, the one that he wrote originally and used a bit – maybe – from John Williams to Superman, just maybe, we’ll have to see.

Justice League celebrated Mexico’s “Día de los Muertos” with some cool character posters designed by Poster Posse artist Orlando Arocena. He also designed another one with all the team (yeah, yeah, without Superman) together. And I gotta say I kinda like it? 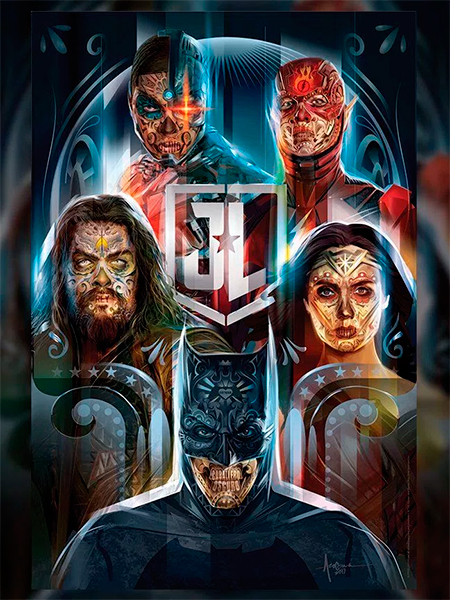