The Fangirly Diary of a Geek Girl: Infinity feels~

Greetings, my fellow geeks! Marvel keeps delivering! After the commotion generated by Avengers: Age of Ultron trailer, Marvel decided to one up DC, and deliver their movie rooster in a fan oriented event. Every geek is appropriately freaking out. Of course, other things happened, and I will tell you about them!

Let’s start with the Doctor Who promo! And it’s the beginning of a two part finale! In “Dark Water” it seems like shit is going down! And looks like we finally see what’s up with Missy, if some have not figured it out yet. Also, Cybermen! BTW, “In the Forest of the Night” was a weird one. I’m not sure I liked the overall message.

Constantine premiered on and had good ratings on NBC. Specially if you consider the World Series cut the ratings for it and other series~ We will see how it goes for the next weeks.

The Russo Brothers talked about Captain America: The Winter Soldier and how it totally deserves an Oscar! OK, they didn’t say that. But it was implied. Kinda. OK, they mostly compared comic book movies to westerns, as both were snubbed by Oscars for Best Movie. Also, say that in the end it doesn’t matter since the movies are already making bank.

I think you look at all those awards ceremonies, there’s a whole process of advocacy for those awards, right? What is the value of the award (to Marvel)? And why should they spend the money required to go down that road? To create the box office? They already have the box office.

Jaden Smith is rumored to be in the live-action Static Shock that we talked about last week. So, with Jada Pinkett Smith in Gotham, and the rumors of Will Smith in Suicide Squad, seems the Smiths want to take over DC. No thanks to Jaden, tho!

All those rumors that said that the Avengers roster will be altered by the end of Avengers: Age of Ultron? Totally confirmed by Kevin Feige, and now I am worried! Excited, but worried!

The Avengers films, ideally, in the grand plan are always big, giant linchpins. It’s like as it was in publishing, when each of the characters would go on their own adventures and then occasionally team up for a big, 12-issue mega-event. Then they would go back into their own comics, and be changed from whatever that event was. I envision the same thing occurring after this movie, because the [Avengers] roster is altered by the finale of this film.

So Marvel is not over with their revisit of every big event of past ages. The newest one is Age of Apocalypse. The one with the alternative universe where Charles Xavier dies before he gets to create the X-Men because of a time-traveler. Apocalypse ends up conquering America and Magneto and his X-Men get to fight him. Here’s the teaser! 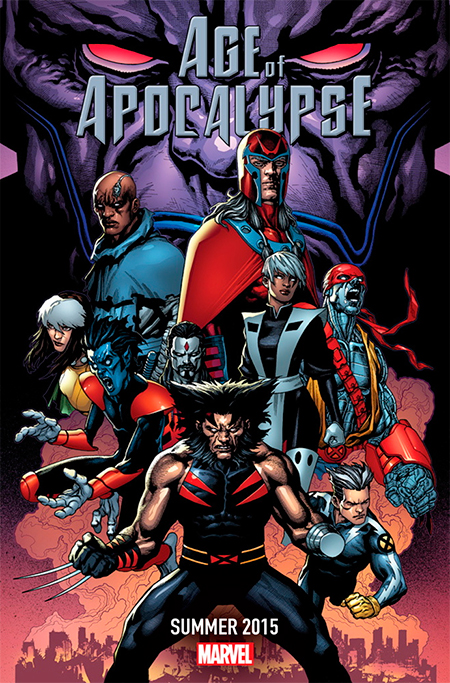 Here’s the full synopsis of Agent Carter, and also a cast list. Where the hell are The Howling Commandos, dammit? This better not be the full cast list! Also, this story seems to be about the adventures of Peggy Carter and his loaned (by Howard Stark) assistant Edwin Jarvis. OK, I can work with that. I still want the Commandos having at least cameos, dammit!

On the DC side of this, they have yet another TV show in the works. This one is titled Krypton and, well, it could be pre-Superman, just like Gotham is pre-Batman. Not much is known yet. Besides the fact that David Goyer is somehow attached. That doesn’t make me terribly happy.

There are rumours coming from people supposedly working with John Williams that the Star Wars: Episode VII trailer has been delivered and it’s waiting for some music for it. That would mean we could get said trailer by the end of the year.

Empire Magazine has The Hunger Games: Mockingjay – Part 1 covers! Well, OK, it’s mostly the same cover, except the subscribers’ one doesn’t have all the letters on top of it. Katniss looks pretty badass tho! 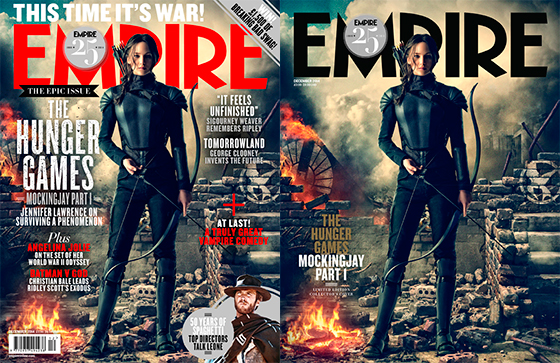