The Fangirly Diary of a Geek Girl: Indominus Box Office!

Greetings, fellow fangirls and fanboys! This week we had fewer news, mostly revolving about casting news and new projects, and of course getting ready for Dragon Ball Super! That said, the biggest news for me was the amount of bank Jurassic World made. Nostalgia goggles are better than 3D glasses, and we still love those clever girls. Anyway, here’s how the week started:

Let’s talk about Jurassic World. While the movie is not up to the iconic Jurassic Park, it is quite enjoyable and it seems everybody liked it just fine. In fact, it was so well liked that it shattered the estimates with $82 million on Friday! So yep, Jurassic World became the third biggest opening ever, after Avengers: Age of Ultron ($84 million) and Harry Potter and the Deathly Hallows: Part 2 ($91 million).

There’s this rumor that the female Spider-Man spinoff Marvel that Sony was trying to make could be about Spider-Gwen now that Marvel and Sony have joined forces, Marvel CEO Ike Perlmutter seems to like the character a lot, and the character herself seems to be going places in post-Secret Wars comics! Not that I would mind!

Here’s the first footage of Dragon Ball Super and it has all our favourites!

Game of Thrones fifth season finale came and went, and one of the most popular characters (despite him not knowing nothing) seemed to have kicked the bucket. While his fate is similar but more ambiguous in the books (and G.R.R. Martin himself said back in 2011: “Oh, you think he’s dead, do you? My readers should know better than to take anything as gospel.”), showrunner Dan Weiss said that “Dead is dead”. But is he?!?

We would hope that after seeing the scene and the way it’s shot that the answer to that will be unambiguous in the minds of the people watching it,” Weiss explained. “It should be pretty clear what happens in by the time you’re done seeing that scene. It’s not an, ‘Oh what just happened scene?’

But let’s ask Jon Snow himself about the fate of his character:

They sat me down and said, “This is how it is.” If anything in the future is not like that, then I don’t know about it – it’s only in David and Dan and George’s heads. But I’ve been told I’m dead. I’m dead. I’m not coming back next season. So that’s all I can tell you, really.

So yeah, nothing much happened on Sunday but this finale, where other shocking moments including a couple of more deaths, one deserved and one not, a hopeful escape and an awful walk of shame~

And we are back to Box Office News pertaining Jurassic World! The movie beat The Avengers‘ record of highest grossing opening weekend! Jurassic World got $209 million over The Avengers‘ $207.4 million! Not only that, it became the first film in history to debut at over $500 million worldwide! So yep, everybody loves dinosaurs!

Jack Huston is not in The Crow remake anymore. Damn, that’s the second time their lead actor has fled. Scheduling problems seem to be the issue. So now we have Nicholas Hoult and Jack O’Connell, among others, as possible replacements. I kinda want Nicholas Hoult now that I know he would rock the raccoon look as seen in Mad Max: Fury Road… except he will have long black hair now!

Here’s the first poster from Dragon Ball Super and it may reveal the show’s new antagonists? Besides all the familiar character, you can see a couple of new characters that are clearly from whatever race Lord Beerus and Whis are. 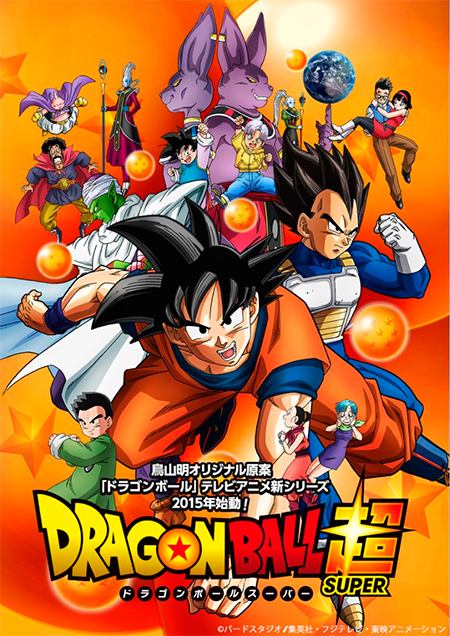