Greetings, fellow fangirls and fanboys! This week we have some new geeky kicks! Also, deleted scenes, videogames, fanfilms, renewals, and more! Here’s how the week started:

Nothing much this day, expect from some pretty cool concept art from Batman V Superman: Dawn of Justice: 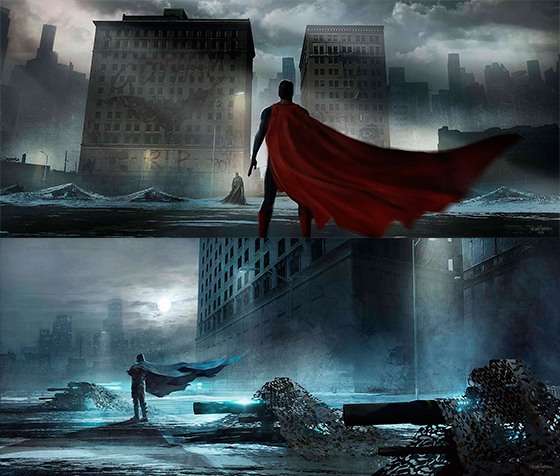 Box office news! Of the Batman V Superman: Dawn of Justice kind! The film opened to a massive $166.1 million. Even better, it got $424.1 million worldwide, which means it had the biggest worldwide opening weekend for a superhero movie ever (in North America, it came in fourth behind The Avengers, Avengers: Age of Ultron, and Iron Man 3).

Yes, we are going to talk about Batman V Superman: Dawn of Justice the whole week, so brace yourself. Also, I shall call it BVS from now on. Here’s a deleted scene that shows a bunch of armed dudes finding Lex Luthor chilling with a videogame character inside a pile of goo in the Kriptonian ship.

On other DC movie news, James Wan talked about how much influence Zack Snyder has over Aquaman. The answer is “some”, but it’s still totally his story!

I think the story that I would like to tell is still at the end of the day my story. And that’s what’s cool with Zack, is that he’s actually very respectful of that. He’s actually helping me out in some ways with certain things that he’s doing with his [films] so that I can have better groundwork with the standalone Aquaman story.

On some box office news unrelated to BVS, Deadpool is the highest grossing R-rated movie of all time, with a global tally to $745 million!

Anyway, Captain America: Civil War has been the most popular trailer for 3 weeks in a row. Seems people love watching Tony Stark getting shot in the face… oh, and Spider-Man, I guess~

Reebok is making stompers for Alien Day and I want them. What’s Alien Day, I hear you ask? Well, Fox wants it to be like Back to the Future Day and Star Wars’ May the 4th, which means they will shower us with Alien-related merchandise in April 26 (because of planet LV-426, key to Alien lore). So yeah, Reebok is releasing a limited edition replica of Sigourney Weaver’s high top stompers from Aliens on Reebok.com and select Reebok stores worldwide. 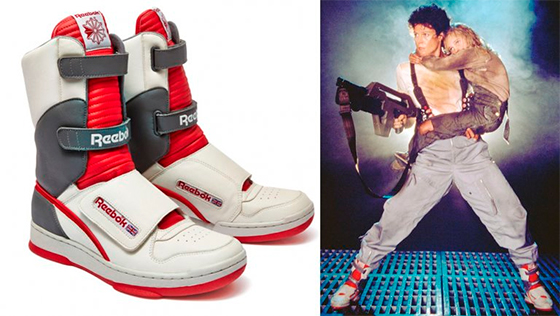