As we all knew, despite all the campaigned to be otherwise, a white dude will play the titular character in Marvel and Netflix’s Iron Fist. There’s no whitewashing here, since Danny Rand/Iron Fist has always been white, but you know the character is originally depicted the typical Mighty Whitey trope, so it was a lost opportunity to make the character a Asian American for example (since then we will have a case of All Asians Know Martial Arts trope). Anyway, the actor chosen is Finn Jones. Yup, Game of Thrones‘ Ser Loras Tyrell will be Danny Rand! I do wonder how good he is at martial arts? I mean, sure they will have doubles, but he must do stuff too!

EW had a saucy Outlander cover, and while the cover article was kinda a bit crappy, the pictures inside are beautiful… and sometimes saucy~ 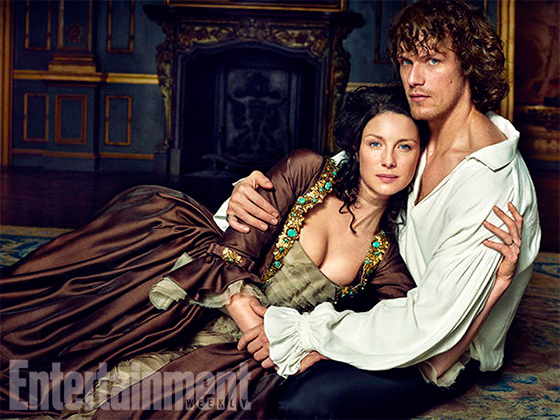 Well, Bones has been renewed for its 12th and final season. Fox promised us a “meaningful and satisfying conclusion”.  Great! I really loved the show, but it has gone downhill some time ago, and it’s past time to let it go.

Here’s the teaser trailer for Penny Dreadful Season 3! Damn, the trailer has great atmosphere! Evan Green is awesome as usual~

According to some sources, Ben Affleck “wasn’t thrilled” with the script of Batman v Superman: Dawn of Justice. Batfleck even rewrote while he was dressed up as The Dark Knight! How very Edward Norton of him~ I don’t mind though, dude sure knows how to do quality control in his films even if I am not a fan of his acting.

[Ben Affleck] would go into wardrobe and get all suited up for the day in his Batman suit. Then he would sit around reworking the script. Ben wasn’t thrilled with it and would find himself on multiple occasions fixing it the day of.

Star Wars: The Force Awakens leads the 2016 Saturn Awards nominations with a record of 15! At least the ones that have been revealed (the rest of their nominations on March 2nd over at their website). Other favs of mine nominated to various categories are Mad Max: Fury Road, The Hunger Games: Mockingjay – Part 2, Crimson Peak, Kingsman: The Secret Service, Mission: Impossible – Rogue Nation, Avengers: Age of Ultron, Ant-Man, Ex Machina and many more! On the small screen, we have Doctor Who, Game of Thrones, The Walking Dead, Hannibal, Jessica Jones, Daredevil, Agent Carter, Supergirl, Outlander, etc

George R.R. Martin has promised a book twist that’s impossible for Game of Thrones showrunners David Benioff and D.B. Weiss to include in the TV show. That doesn’t even narrow it down, because there are 15 characters who are alive in the books but dead on the show, as Martin himself points out.

It’s fairly obvious because it’s something that involves a couple of characters, one of whom is dead in the show but isn’t dead in the books. So, the show can’t do this unfortunately, because they’ve killed a character I have not killed.

Sadly, there won’t be a Deadpool/X-Men crossover movie in the near future. Guess they don’t want to dilute either franchise, because we either have an R-rated X-Men movie (which I wouldn’t mind, but they do), or Deadpool in PG-13 situations (Nay! That’s what the Ultimate Spider-Man cartoon is for!). We might get other random X-Men in Deadpool movies like Colossus and Negasonic Teenage Warhead!

Deadpool’s now become a brand and franchise unto himself, independent of the X-Men and that’s great. … And that gives the studio two franchises in one, but I think it is its own franchise, and you’ll see synergy between those two properties, but they’re two very distinct brands.

J.J. Abrams is now playing the game too. But somehow it just feels like gaybait when he said it. Anyway, asked about the possibility of gay characters in the Star Wars’ films, he said he’s all about inclusivity. So someday. Maybe.

I would love it. To me, the fun of Star Wars is the glory of possibility. So it seems insanely narrow-minded and counterintuitive to say that there wouldn’t be a homosexual character in that world. 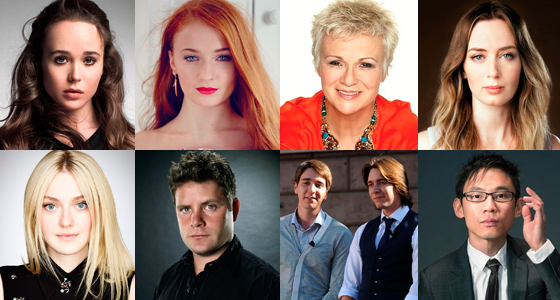