OMG! It’s been confirmed that Ava DuVernay will indeed direct Disney’s adaptation of A Wrinkle in Time! Get that Mouse money, Ava! The movie will be written by Jennifer Lee, writer and co-director for Frozen. So, what’s it about?

The movie’s based on the classic fantasy novel by Madeline L’Engle, which centers on a young girl whose father goes missing in the course of his work for the government as a scientist. He was researching something called a tesseract (no, not a Marvel MCU Tesseract), which transports people to the fifth dimension. The young girl participates in the search for her father and meets many interesting people and creatures along the way.

Talking about directors, Pacific Rim 2 is totally happening, but it is getting a new director: creator of Spartacus and showrunner of Daredevil, Steven S. DeKnight. OK, that’s a decent CV, even if the dude has yet to direct a feature film. But what about Guillermo del Toro? He’ll produce it, which means he won’t be far from the project. He certainly seemed quite happy on Twitter about it!

We have an update in that Dungeons & Dragons new movie that I totally forgot they were making! Producer Roy Lee talked about its potential as a franchise and, more interestingly, the tone of the movie:

This new Dungeons & Dragons will be a Guardians of the Galaxy-tone movie in a Tolkien-like universe. Because when you think of all The Hobbit movies and The Lord of the Rings, they have an earnestness to them, and to see something fun, a Raiders romp inside that world, I feel is something the audience has not seen before.

Here are more DC Comics variant covers of Batman v Superman: Dawn of Justice. These are two of my favourites! 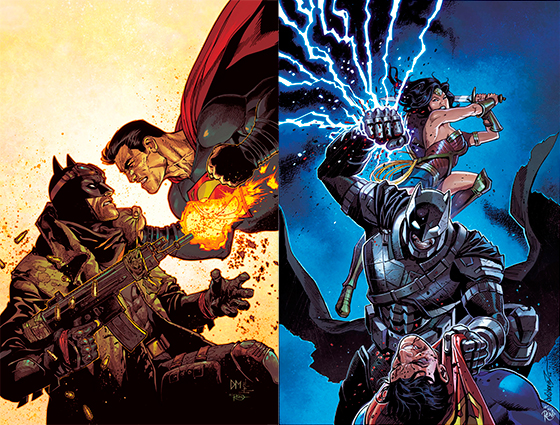 Remember how it looked like Anthony Mackie let it slip that Mark Ruffalo will be in Captain America: Civil War? And how Punisher could get his own spinoff after he appears on Daredevil next month? Yeah, none of them are true. Yep, Mackie said he was generally praising the actors in the MCU, not that Ruffalo (or The Hulk) for that matter will appear in the film. As for Punisher, Marvel’s head of television Jeph Loeb said that all of that is speculation… for now, at least.

We have lots of Outlander Season 2 character posters! Here are some of new characters, basically French ones I see. And here are the rest, which are the characters we know and love, mostly. Here are Louise de Rohan,  an animated and frivolous member of the French Court, and the Murtagh, the gruff but ever-loyal (adorable!) highlander who travels with Jamie and Claire to France. 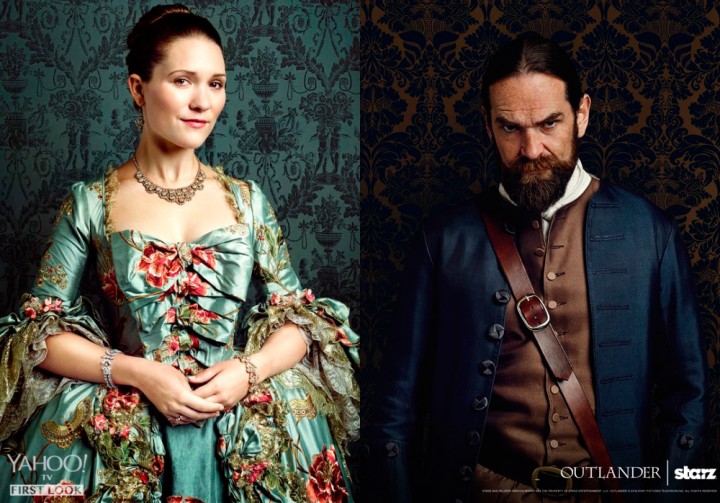 Yep, we are totally getting an R-rated Batman V Superman: Dawn of Justice! I guess those flashbacks rumors that made reference to the comics The Killing Joke and A Death in the Family are true? Anyway, that “Ultimate Edition” is scheduled for release on home video, but there’s not been a release date yet.

Another Guillermo del Toro project moves forward. This time is Scary Stories To Tell In The Dark, based on children short stories with the creepiest illustrations ever, and it has new screenwriters, Lego Movie‘s Dan and Kevin Hageman.

I have had such a great time working with the Hagemans on Trollhunters — and they have proven to be such brilliant writers — that the fit for this material was just perfect: they grew up with the books, they love the genre and they are smart and emotional when writing characters.

Here are the character posters and official posters of Game of Thrones Season 6. 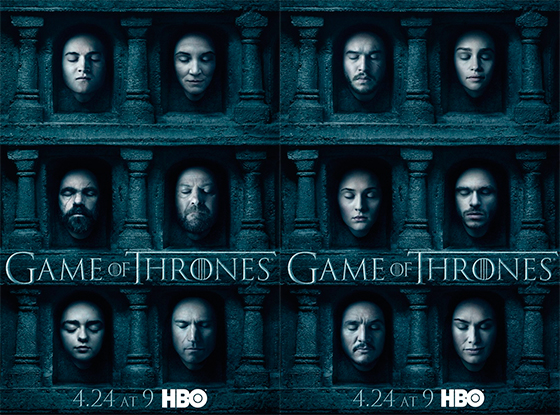 Sam Heughan talked about his experiences during the filming of Outlander Season 2 and how it helped him rediscover his own country, Scotland.

It’s so magnificent to watch the sun come up when you’re standing on a moor with hundreds of highlanders dressed for battle. I’m very lucky. There’s definitely an interest in Scotland and what happened here. I think the rest of the world are fascinated by our history and it’s nice to be able to bring Scotland and our culture and music to the screen.