The Fangirly Diary of a Geek Girl: If we be worthy!

A possible  Jurassic World brochure prop was leaked… and OMG the info in there is so awesome for things to come! I want it! Here’s a picture of the atractions! There’s a Mosasaurus Feeding Show! And boy, do that could end up badly~ And there’s the Gyrosphere ride that comes with instructional video with Jimmy Fallon for some reason… 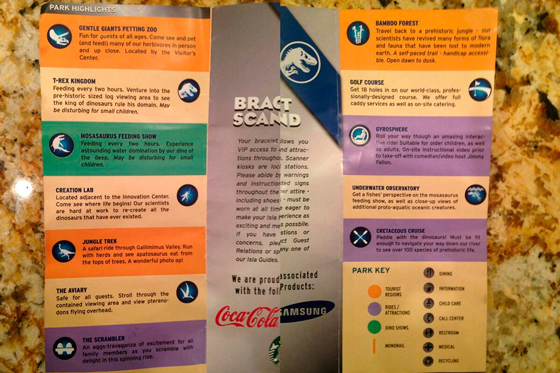 Guillermo del Toro’s Crimson Peak will be at SDCC! I hope we get footage! Although I am fairly sure Tom Hiddleston won’t be there since he seems pretty bussy with High-Rise.

Well damn, Archie will die in Life with Archie! For those unaware, the comic series focuses on grown-up renditions of the Riverdale pals. And this development will be part of the conclusion. Poor Archie intervenes in an assassination attempt on Kevin Keller, Archie Comics’ first openly gay character. Jon Goldwater, Archie Comics publisher and co-CEO, had this to say:

The way in which Archie dies is everything that you would expect of Archie. He dies heroically. He dies selflessly. He dies in the manner that epitomizes not only the best of Riverdale but the best of all of us. It’s what Archie has come to represent over the past almost 75 years. 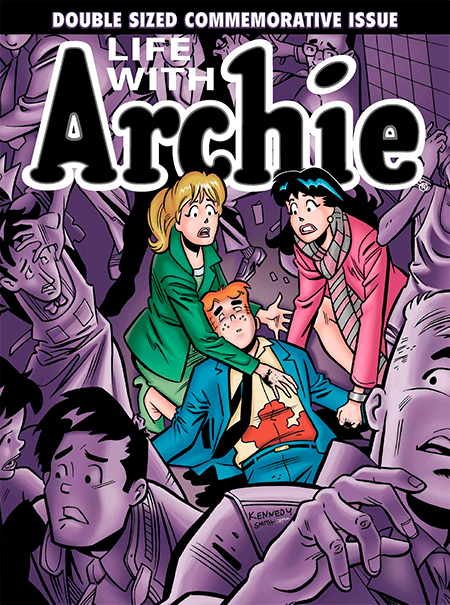 In more cheerful news, Dragon Ball Z: Battle of Gods was a great success in Japan (and I enjoyed it too!), and as things are wont to happen, we will have another Dragon Ball Z movie soon! Once again, Akira Toriyama is credited with the original concept, screenplay and character designs. And we get more actions scenes but will also be funny!

Thor is now a woman in comics. Or rather, will be starting in October. And thus the week of Marvel news officially starts! Also, this words by series writer Jason Aaron made me smile:

On the other hand, we still have “Unworthy Thor” and apparently being unworthy makes Thor not care about wearing a shirt or letting his hair grow quite long. 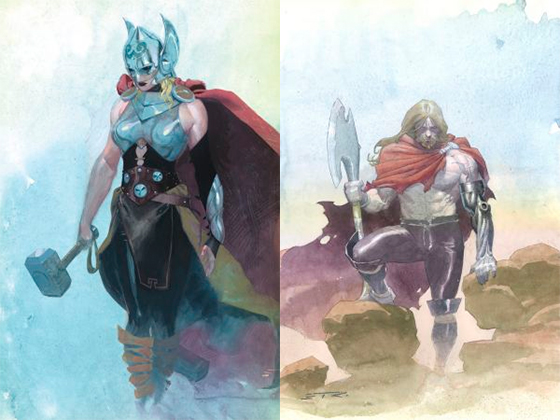 Here’s an interesting TIME interview with editor of the Thor comics, Will Moss, along with Marvel’s editor-in-chief, Axel Alonso. While I will recommend you read it all, here’s what Alonso said about what will happen (without spoiling much):

She wields the hammer because Thor can’t. This is different because for reasons we can’t disclose quite yet, Thor is unable to pick up the hammer. There are a number of women in Thor’s life, and we’re going to tease out for quite awhile the identity of who this woman is. But one of the women in Thor’s life picks up the hammer. She is in fact worthy. And she becomes Thor. There’s only one Thor in the Marvel Universe. The character we know as Thor will not refer to himself as Thor anymore.

There was a preview and Q&A for Guardians of the Galaxy in UK… and some lucky bastards got to watch early (and unfinished) Avengers: Age of Ultron footage. The reel had scenes of  Iron Man’s Hulkbuster battling The Hulk, Scarlet Witch and Quicksilver doing their thing, and Tony Stark with Loki’s staff from the first movie.

Kevin Feige also talked about Peyton Reed taking charge of Ant-Man, and that is someone they had on their minds and Reed himself thought he could add to the project that Edgar Wright left. About the movie itself, this is what Feige had to say;

It’s still very much in the spirit of what Edgar’s original pitch was and the entire template of the movie is what Edgar set out and originally came and pitched us maybe eight years ago now. But it’s on its way to being the absolute best version of what that movie could have been.

Agents of SHIELD will return to ABC on September 23rd at 9 PM, exactly two weeks before the premiere of The CW’s Flash. Yup, both will compete on Tuesday nights!