The Fangirly Diary of a Geek Girl: Hooked an a feeling~

Greetings, my fellow geeks. This week we continue with D23 news, and therefore lots of Marvel stuff, specially our first look at Guardians of the Galaxy. Let’s start!

D23 Expo had its last day and it was full of news of all their live actions productions. Here’s a very thorough description of their presentations.

Since there wasn’t much to talk about Star Wars, the news actually started with Marvel, with their presentations of new footage for Thor: The Dark World and Captain America: The Winter Soldier. Apparently what they saw of Guardians of the Galaxy and Ant-Man was the same that was shown on the SDCC.

After that, Disney revealed the logos for the non-Marvel upcoming releases, such as Muppets Most Wanted, Maleficent, Tomorrowland and Saving Mr. Banks.

And there was also footage of the test scrreenings for the new Cinderella movie, as well as the trailer for Maleficent. In the first case, apparently Kenneth Branagh is being quite faithful to the source material (the animated movie, not the original story). Also, Angelina Jolie was there as the titular character in Maleficent.

On something not D23 related, here we have a fairly long interview with Hayley Atwell, where she talks about her current proyects, her work with Marvel, and her experience at the SDCC, where she dishes some info about Tom Hiddleston, with whom she’ll work in a movie about Robert Capa and Gerda Taro:

I saw him hiding in his hotel room when no one was meant to know he was there. And we were cracking up. I’ve got a picture of him dressed as Loki brushing his teeth with an electric toothbrush.

Don’t say things like that if you are not planning to deliver, Hayley! 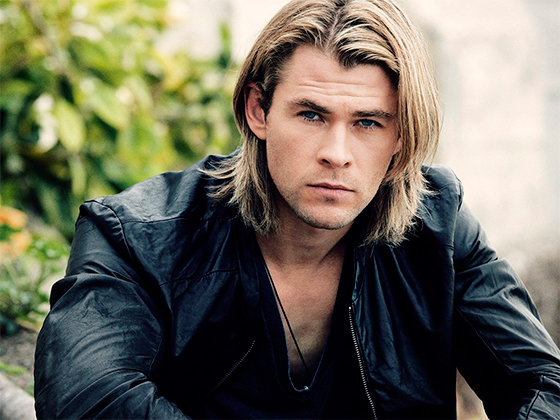 And in his honor, let’s talk about Thor: The Dark World. First, director Alan Taylor about his character killing ways~

I realised recently that I am the grim reaper. People hate me because I killed Ned Stark on Thrones. But I also killed Caesar in Rome, Wild Bill Hickok in Deadwood and Christopher in The Sopranos. I just get called in to murder people’s favourite characters, so I’m surprised Thor survived this one. There are a few people who don’t make it out alive here. There could be some surprises!

So, who’s gonna kick it in Thor: The Dark World? Also, remember that rumor that said that Marvel and Taylor were having a problem regarding the run time of the movie? Totally not true! And the reshoots? More Loki scenes! Marvel sure knows what the fandom likes~

We were doing full scenes; scenes that were not in the movie before, we’re adding scenes, creating scenes, writing scenes for the first time. The one [involving Loki] was a fun connective scene that was just… we realized how well Loki was working in the movie. So, we wanted to do more with him. So it was that kind of thing; it was like ‘oh we could do this or jam this in here’ because he’s just a wonderful guy to watch do his stuff. And boy do [the fans love him].

It does worry me they are doing reshoots so late in the game though. Natalie Portman also got to talk about her experience in this movie, specially now with Jane going to Asgard.

Things that she’s marveling at seem like high technology to her are like kids toys [to them] and they are such an advanced species that even though she’s this astrophysicist she’s totally inferior to all of them. So, I think it’s a good humbling experience for her.

We also got lots of behind-the-scene images of Guardians of the Galaxy in the Millennium Bridge in London, with lots of extras dressed as aliens, including members of the Nova Corps and what Getty Images claim is Glenn Close in full alien make-up! 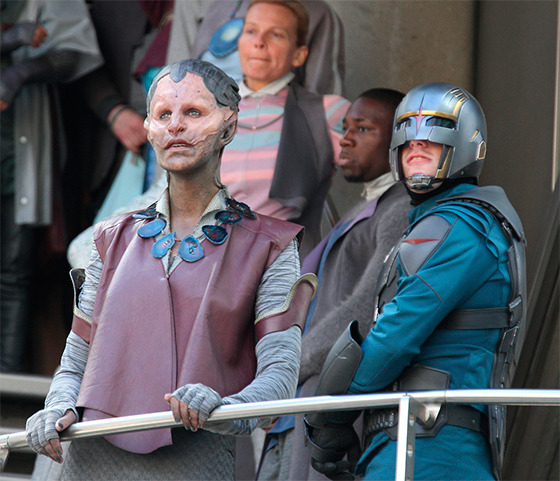 Also, after some teasing on his facebook, it’s been confirmed that Vin Diesel in in talks to voice Groot in Guardians of the Galaxy.