The Fangirly Diary of a Geek Girl: Here come my TV favs!

Here are almost 15 minute of Game of Thrones preview for Season 4! It’s called “Ice And Fire: A Foreshadowing” and it shows things ain’t so good for Tyrion, Daenerys’ dragons are getting bigger and more dangerous, and of course The Purple Wedding!

Talking about Agents of S.H.I.E.L.D., J. August Richards had no idea he was going to be Deathlok when he got the part. Marvel continue being secretive bastards~

Everything with Marvel is on a need-to-know basis, so I didn’t officially know [I was going to be Deathlok] until the second episode I did, which I think was the 10th episode in the season. Information is carefully guarded over there. I definitely didn’t know that I was Deathlok. I even had a costume fitting, and I didn’t know what I was being fitted for!

Zack Snyder talks about Batffleck and his “counterweight” to Cavill’s performance:

Ben brings an interesting counterweight to the performance of Henry [Cavill’s] Superman. [Affleck] has the experience necessary to paint the picture of an older and more [advanced] man than Clark Kent, [one] who bears the scars of a seasoned vigilante while [simultaneously] retaining the charm that Bruce Wayne deploys when present in the world.

Here’s the first look of The Lady Sif in Agents of S.H.I.E.L.D. She looks kinda stiff in my opinion, and apparently she “towered over everyone”~ Sif ain’t coming for pleasure though, she has business!

Lady Sif comes here on a hunting mission — sent by Odin — to find her arch-enemy Lorelei and bring her back to Asgard. It throws our agents for a loop when they find themselves in a fight right alongside this powerful woman from Thor’s world. 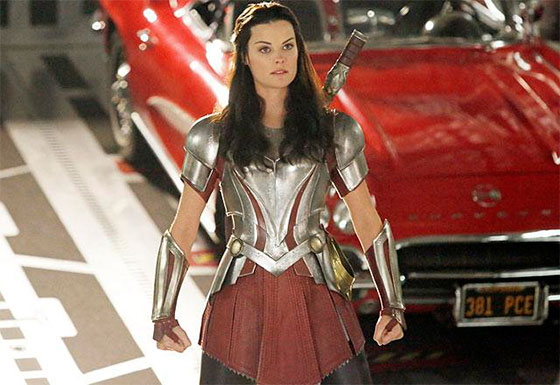 Sir Ben Kingsley said he wasn’t worried about the fan reactions when The Mandarin ruse was revealed in Iron Man 3:

I truly wasn’t worried. When I worked a lot in the theater before I became heavily involved in movies, which I love, I was privileged to play a lot of Shakespearian roles that most people in the audience were familiar with and everyone has their preconception of … so, it had to be my Mandarin. It had to be my Trevor.

Here’s some pretty pretty concept art of Thor: The Dark World… mostly about the dark elves, including Malekith and his husb- I mean, lieutenant Algrim~ 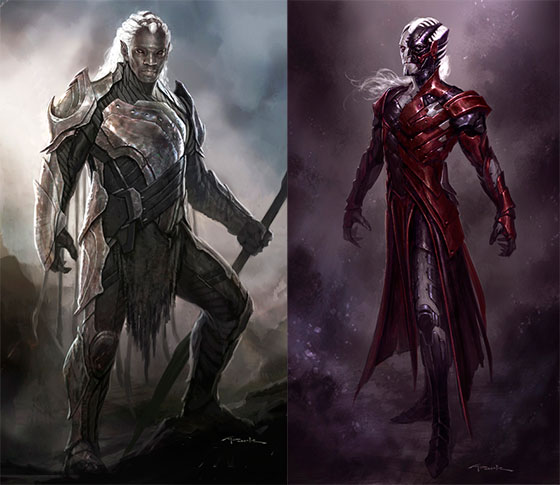 Frozen cast performs live for the first time in forever! Now with video!

Director Jaume Collet-Serra, who was in charge on the hopefully never happening Akira remake, is an ass that claims that the Japanese “never have strong characters”. And apparently it’s part of their culture~ What a dumbass! Also, made me remember this animated parody “The American Akira”.