The Fangirly Diary of a Geek Girl: Harry Potter and the family portraits~

Here we have our first official look at the Potters in Harry Potter and the Cursed Child! I guess that means James and Lily (I mean Harry’s oldest and youngest children, not his parents) won’t be in the play. Loved the article about the pictures on Pottermore, since it gave us insights on the characters, specially that even when Harry Potter is not wanting for money, the Weasley tradition of hand-me-downs remains true. Or so Sam Clemmett a.k.a. Albus Severus Potter claims as his headcanon:

This is what Albus wears at the start of the show. I had the idea he was wearing James’s – his older brother’s – hand-me-downs. So I wanted him to feel quite uncomfortable, and be able to play with his clothes 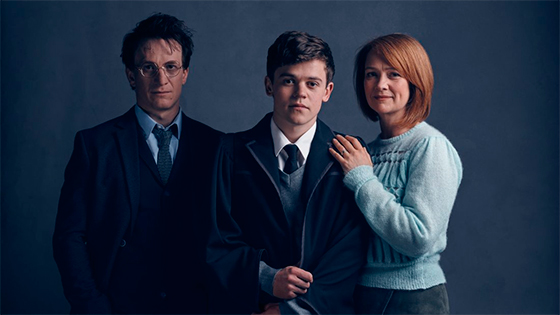 There have been rumors for some time of Emily Blunt as the titular character of Mary Poppins Returns, the 2018 sequel to, well, Mary Poppins, that at time of release will be 54 years in the making. Well, now it is official. Lin-Manuel Miranda, also rumored to be in the film, will play a new character, will star as a new character, a lamplighter named Jack.

The story, in Depression-era London, meets the adult versions of the original children, Jane and Michael Banks, and Michael’s three children who witness the return of Mary Poppins after “a personal loss.” Poppins and her friend Jack “help the family rediscover the joy and wonder missing in their lives.”

Joblo has some exclusive rumors about Thor: Ragnarok and Guardians of the Galaxy Vol. 2. The biggest scoop on the third Thor solo adventure is that it will be a mashup of the Ragnarok storyline from the comics and the fan favorite Planet Hulk. The rumors concerning GOTG Vol. 2 are more vague, and mostly related to new characters, but hey I wouldn’t mind those new players. We Joblo’s Captain America: Civil War rumors were spot on, and they were the first to break that Mark Ruffalo was casted in Thor: Ragnarok, so they are reliable.

This cool Suicide Squad video gave us some details on team members… and The Joker (“Not too much information on this guy but he’s guaranteed to get the last laugh – just ask Batman”):

The second batch of Harry Potter and the Cursed Child character images appeared. Now, it’s time for the Granger-Weasleys! Yep, homegirl ain’t giving up her last name for no man, not even for Ronniekins! Hugo is also not here, so I guess, just like with the Potters, they only cast the relevant children. Relevant to the story that is. Hermione looks badass, Ron looks happy, and Rose is, in her actress Cherrelle Skeete words:

Ambitious, obviously her mum is Hermione so she’s got a lot to live up to. I think they’re quite similar in the fact they put a lot of pressure on themselves. And she just wants to do the right thing. 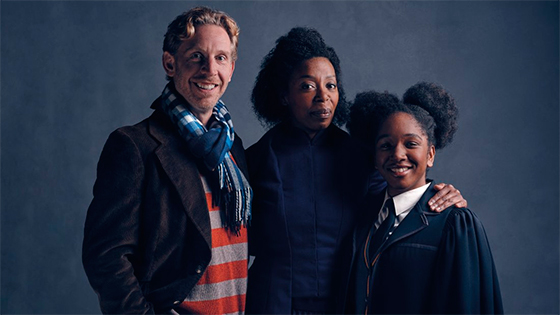 Welp, Oscar Winner Brie Larson is in talks to play Captain Marvel. She’s not my choice, but I can deal with her being cast. Deadline also mentioned that Captain Marvel may first appear in a different Marvel franchise, “possibly Avengers 3 (formerly Avengers: Infinity War Part One).” Wait, did they change the name of the third Avengers movie? For the lame Avengers 3? Where’s my subtitle! Anyway, it is also stated Captain Marvel may appear in Guardians of the Galaxy Vol. 2.

Spoilers for Civil War II #1, the first issue of Marvel’s new comicbook event! War Machine may have survived in Captain America: Civil War, but dude didn’t get the same luck in paper. He was confirmed dead after being punched through the chest by Thanos. Then there’s poor She-Hulk, who was seriously injured from one of War Machine’s stray missiles, and flatlined at the end of the issue… and as much as it pains since I like them (specially She-Hulk), that’s still better than making Captain America a Hydra Agent dammit. 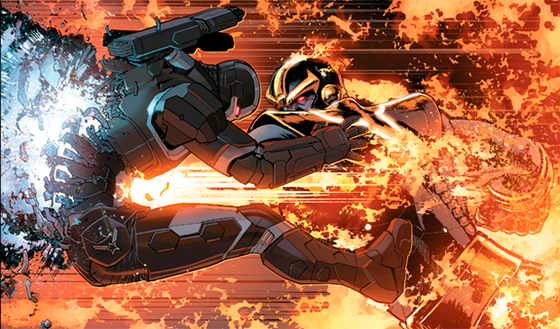 We are definitely getting two more seasons of Outlander! As with the first two seasons, each new one will adapt a full book of the series, with season 3 based on Diana Gabaldon’s third of eight Outlander books, Voyager, while Season 4 will be based on the fourth book in the series, Drums of Autumn. Apparently, it’s the 25th anniversary of the publication of the first book in USA, or so Starz CEO Chris Albrecht said when making his statement:

Outlander is like nothing seen before on television. From its depiction of a truly powerful female lead character, to the devastating decimation of the Highlander way of life, to what is a rarely seen genuine and timeless love story, it is a show that not only transports the viewer, but inspires the passion and admiration of its fans.