So, the Golden Globes happened Sunday and besides all the winners (including La La Land setting a new record of 7 trophies), everybody was talking about the moment where Ryan Gosling won his Golden Globe for Best Actor for (what else) La La Land… and in the background Andrew Garfield kissed the Ryan who didn’t won. The biggest reason? Garfield used to be Spidey, and Ryan Reynolds is Deadpool… and Spideypool is a popular Marvel ship and even Marvel Comics is aware of it. 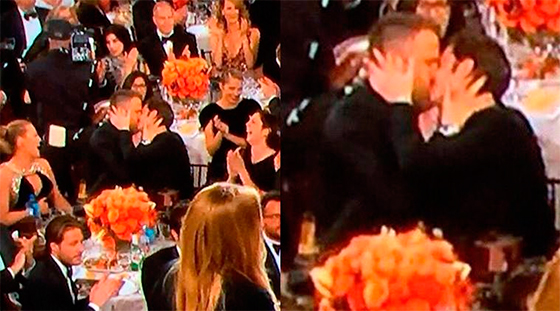 Anyway, check out Total Film’s Beauty and the Beast cover, where it’s the best I’ve seen Emma Watson in that yellow dress. Also, a new poster with the entire cast… and all in their human form. 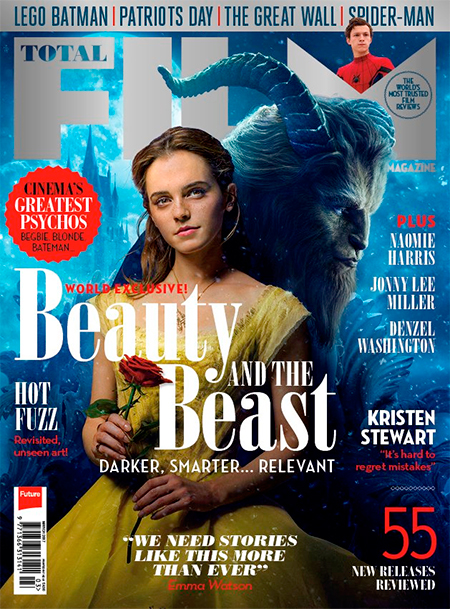 Director Rian Johnson talked Star Wars Episode VIII, and five things were revealed: The tone will be fun rather than dark… and that would certainly be different for a middle episode! Rey, Finn, and Poe will each be facing an extremely difficult challenge (but will have fun while doing them?). Rey and Luke will develop a strong connection and “familial themes” continue to be central to Rey’s story. What’s been going on with Luke is at the heart of the film. Star Wars Episode VIII has a title already but he won’t say what it is because he loves to watch us suffer.

They are both able to somehow think clearly in really shocking, unimaginable scenarios. It’s fun to play someone who can thrive in that chaos.

Twin Peaks, the follow-up to David Lynch’s cult series, will debut on Showtime on May 21 at 9pm with a two-hour premiere. After the premiere, episodes 3 and 4 will be made available on Showtime’s digital platform. This season will consist of 18 episodes, and Lynch filmed it as a movie. Except for the episode 3 and 4’s early release, the show will air weekly, and the series will have a global launch around the world.

After some days of speculations due to Ben Affleck’s own words, he finally confirms he is totally directing The Batman… but he sure is tired about talking about that movie when he’s promoting other things! Sorry nobody cared that much about Live by Night, Batfleck, but you know… it’s the goddamn Batman!

Apparently, Star Wars: Episode VIII will pick up right where The Force Awakens left off… so what will the opening crawl be about? Here are Rian Johnson’s exact words:

I don’t want to skip ahead two years. I want to see the very next moment of what happens.