Greetings, my fellow geeks! This week Captain America: The Winter Soldier premiered on US of A, and with it came news from the sequel, its repercutions in the Marvel productions and of course a meme~ But it’s not the only cool thing that happened. Let me show you:

So, The Big Bang Theory is going to have a Star Wars Day episode because “about freaking time”!

In “The Proton Transmogrification” — the episode set to air May 1 and timed to the annual May 4 Star Wars Day — the gang gets together to celebrate the annual geek holiday, while Sheldon (Jim Parsons) is guided by visions of his childhood idol and mentor, Professor Proton (Emmy winner Bob Newhart), who appears to the socially challenged genius as his own Jedi master.

A couple of more Penny Dreadful posters, with Timothy Dalton as Sir Malcom Murray and his right-hand man, Sembene. Both look damn good! 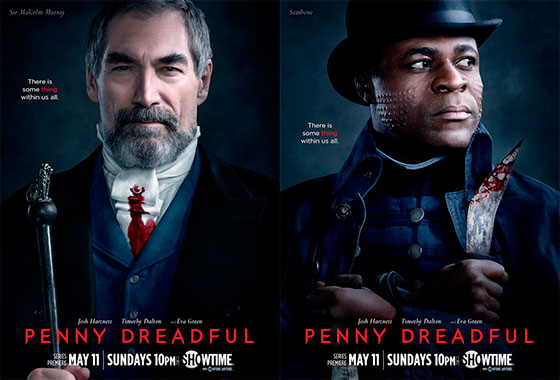 Keanu Reeves signs on to Eli Roth thriller because Keanu may be a vampire but dude’s still got to eat! Just kidding~ Here’s what Eli Roth has to say about Knock Knock (that’s the name of the thriller, BTW):

I had a window before I promote Green Inferno, and I wanted to make a movie like Roman Polanski or Paul Verhoeven made when they were young, a classic psychosexual thriller that’s not a horror movie, but would have everyone on the edge of their seats.

Robert Downey Jr.’s birthday was yesterday, and here’s a picture of him and a bunch of lucky kids who got to watch Captain America: The Winter Soldier with him~ 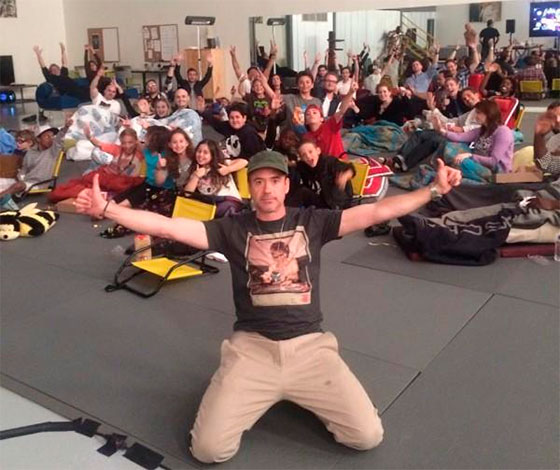 If you read the book the Robert Laing character is very Hiddlestoney or very Hiddlestonian, I suppose. It’s that thing of control, but there’s a spark behind Hiddleston of perversity as well. Which he plays full-bore with Loki. There is something about him which is establishment but is also wild,which is what we liked about him a lot.

Remember when I told you Martin Freeman was going to be Richard III on the West End? Now, Benny Batch is going to play the same character for the BBC. Yep, BBC got a second series of Shakespeare’s history plays (remember The Hollow Crown with Ben Whishaw, Jeremy Irons and Hiddles?), an apparently they will all be directed by Dominic Cooke. Here’s what Benedict had to say:

I can’t wait to work with Dominic Cooke again to bring this complex, funny and dangerous character to life for the BBC and Neal Street Productions’s peerless series of Shakespeare’s history plays.

So, SPOILER ALERT, in Captain America: The Winter Soldier we realize that HYDRA has been infiltrated in S.H.I.E.L.D. since its very beginnings… that’s totally relevant to Agents of S.H.I.E.L.D.~ And now the series is much about:

A company man who finds out that everything he’s dedicated his life to is not what he thought it was. To have everything dissolve around him to the point that S.H.I.E.L.D. itself is in smoking ruins (and have) that crisis of faith is such an amazing thing to explore.

It’s time for blasts from the past! First Goonies 2 is totally happening and the original cast is back WHAT?! Yep, apparently it could follow that script about this new batch of kids who are the sons and daughters of the original Goonies~ Sean Astin, Josh Brolin, Corey Feldman, Kerri Green, and Martha Plimpton have expressed an interest in returning so yeah!

The other thing is Gremlins remake is back on track from Warner! I hope, even if it’s not a sequel, it happens in the same universe as the first movies!