The Fangirly Diary of a Geek Girl: Habemus Doctor

Here’s No Man’s Land pic with Ian McKellen and Patrick Stewart… with hair! That’s one of the stage productions they both will be participating. The other will be Waiting for Godot. 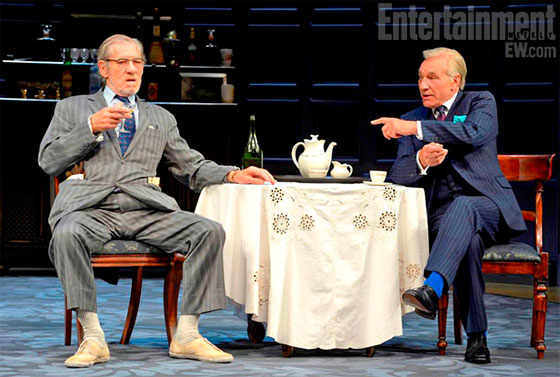 Mr. Hudson is hoping to recruit actors to speak over the music for his new album… and that includes Helen Mirren and Tom Hiddleston.

Tom, if you’re reading this, holla for the dolla! (sic) It’s just about getting people with really interesting voices to talk over. I’d love them to just improvise. The whole featured thing has been played out, so I’d like to twist it and turn it a bit.

Dude even went to talk with Hiddles on his twitter!

He’s an avatar for the fans, and a human in a world of superhumans. So to walk out there and get that response, and for the show to get that kind of response, was just incredible. And to get to play this guy again, because I thought I was done, is really a dream come true for me.

On more Marvel news, we have some new promo posters for Phineas and Ferb: Mission Marvel. Haters gonna hate, but I am actually looking forward to this! Bring it on, Disney Channel!

Also, in a galaxy far, far away… a Star War story as you have never read before! The Star Wars is an eight-issue comic launching Sept. 4 that’s basically the adaptation of Lucas’ first rough draft from May 1974. Here’s the trailer and more info.

Talking about different versions, here are three changes in The Hunger Games: Catching Fire that could make some fans angry. I don’t mind them much though~

And The Expendables 3 news never stop! Now, Mel Gibson and Antonio Banderas have joined the movie! Mel Gibson is the new baddie, no news on Bandera’s role though!

On more important news for me: D23 started! And here’s what they have to say about their Pixar proyects, be it feature film (The Good Dinosaur, Inside Out and Finding Dory), short film (Party Central) or TV special (Toy story of TERROR). Also, here’s some art on all of their upcoming animations, which besides the Pixar ones, include Frozen, Planes: Fire & Rescue, Get A Horse!, The Pirate Fairy, Zootopia, and the one I’m most interested about because it’s their first full-length Marvel cartoon, Big Hero 6. Here: 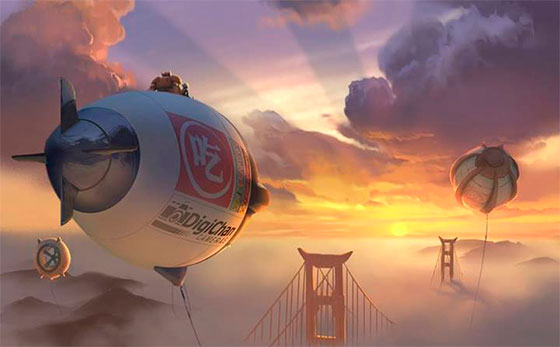 But I am not above telling you that I will watch The Pirate Fairy. Not only do I not mind Tinkerbell movies, but this one has Tom Hiddleston doing the voice of a young James Hook (“before the hook”)and Christina Hendricks as the title character… and he was singing while she danced at the presentation. And in an interview, he revealed that he wrote most of his speech at Comic-Con, but he had to improvise a bit. Precious bastard.

–
And that’s it for the week. Before I go, I’ve just managed to find the clip where Tom Hiddleston sings “The Bear Necessities”. And now I wish he gets to sing in that Tinkerbell movie~