Greetings, my fellow geeks! This week we had articles all over the places trying to explain why Jesse Eisenberg as Lex Luthor ain’t such an awful, awful idea. Also, certain Marvel actor maybe doing a double shift, that or The Avengers: Age of Ultron is leading down an interesting path~

Let’s start with something cute! Here’s the new character poster of How To Train Your Dragon 2! Here are Ruff and Tuff, and their two-headed dragon! 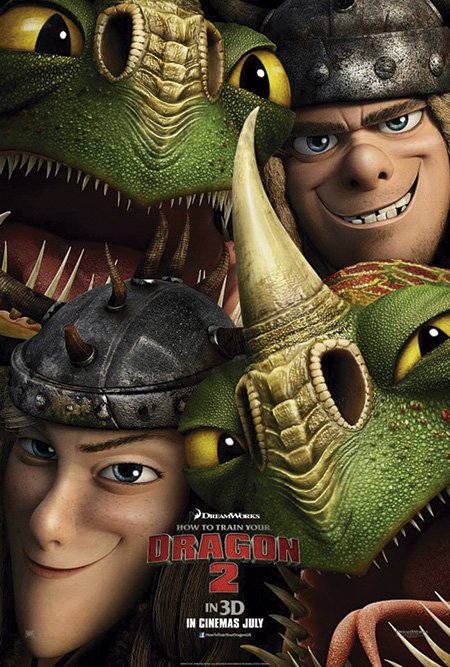 Forbes posted an article about Warner Bros’ “Unconventional Casting Choices”, apropos of Jesse Eisenberg getting to be Lex Luthor. Sure, there was Michael Keaton as Batman and Heath Ledger as The Joker… but we also got Seth Rogen as The Green Hornet.

So, do you remember that not-so-good Superman movie that Bryan Singer didn’t make X-Men: The Last Stand for? Yeah, now he says what Superman Returns could have been instead of what he got. He talks about not casting Henry Cavill to his movie because he was “making a sequel to Christopher Reeve and I wanted somebody who embodied Reeve more.” Yep, Brandon Routh. And that his movie was originally going to be called Man of Steel too, and the villain was going to be Darkseid. And then he had to say stupid sh*t about the female audience… If Marvel has shown us anything is that “female audience” can like what “male audience” like too!

It was a movie made for a certain kind of audience. Perhaps more of a female audience. It wasn’t what it needed to be, I guess. I think I could lop the first quarter off and start the movie a bit more aggressively and maybe find a way to start the movie with the jet disaster sequence or something. I could have grabbed the audience a little more quickly. I don’y know what would have helped. Probably nothing. If I could go again, I would do an origin. I would reboot it.

Anyway, here’s a nice featurette about the animated movie Son of Batman, which is about, you guessed it, Batman’s son! Damian is a cute little sh*t~

Stephen King has another book ready. It’s called Revival and it’s about “addiction, religion, fanaticism, and what might exist on the other side of life.” Nice!

It was SuperBowl Night and this was a good article that points out what we geeks might find interesting… besides the glorious trailers that is~ It includes Sir Ian McKellen and Patrick Stewart being awesome, Stan Lee and Todd McFarlane watching the game together, and of course the British Villains Jaguar Ad!

OMG! J.K. Rowling dropped a bomb on the fandom! She said that Hermione should have married Harry, not Ron! Some fans ain’t happy to this supposed ditch to poor Ron. Besides I remember JK saying that Harry/Hermione shippers were delusional years ago. Of course, people can change their mind! All in all, Harmonians are happy.

I wrote the Hermione/Ron relationship as a form of wish fulfillment. That’s how it was conceived, really. For reasons that have very little to do with literature and far more to do with me clinging to the plot as I first imagined it, Hermione ended up with Ron.

Peter Dinklage talks about his character Bolivar Trask in X-Men: Days of Future Past, and while he doesn’t want to “go as far as Hitler”, he does get mentioned a lot when talking about Trask…

Trask is, ultimately, a peace lover. He feels that humanity will go on fighting each other unless they find some common element to unite against. Perhaps as Hitler used the Jews as a scapegoat to bond the darker parts of Europe, he’s doing the same thing with mutants.

Here be more pictures of Captain America: The Winter Soldier, including a very nice and clear shot of Sebastian Stan as said Winter Soldier. 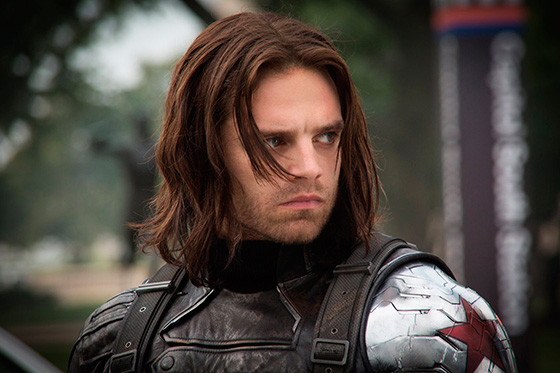