The Fangirly Diary of a Geek Girl: Get that franchise money!

After weeks fo rumors it’s finally official! The cast of Suicide Squad will indeed have Will Smith, Tom Hardy, Margot Robbie and Jared Leto as Deadshot, Rick Flag, Harley Quinn and The Joker respectively. Jai Courtney and Cara Delevingne will complete the titular team as Boomerang and Enchantress. Warner has yet to cast Amanda Waller (their Nick Fury) but the shorlist include actresses like Viola Davis, Octavia Spencer and Oprah Winfrey. Any of them could be a cool option. Also, since Joker has never ever been part of the Suicide Squad, it is suspected he could be the “villain” of the story. As of right now I can only say “Damn, that’s a pretty cast!”. Well done, DC! 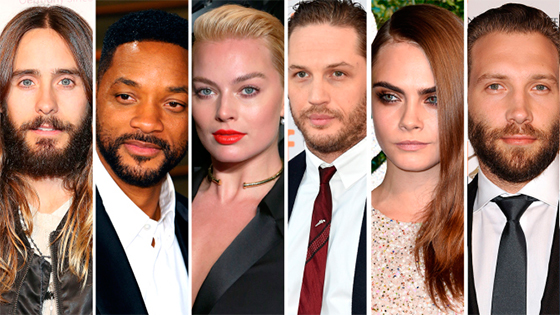 On more DC news, rumor has it that we get Doomsday in Batman v Superman: Dawn of Justice, The Joker will be mentioned byt won’t appear, and KGBeast (or probably his original human form Anatoli Knyazev) will be Lex Luthor’s agent who keeps an eye on metahumans such as “a woman who walks the streets today but who is seen in pictures from the 1800s. A wonder woman, you might say”. That could also confirm that Wonder Woman’s movie would be set in the past.

On the Marvel side of things, Agent Carter will get a two hour premiere on January 6! Yay for more Peggy!

Also, do you know Kingdom Hearts? The Disney/Square Enix game that is “is the ultimate form of fanfiction”? Here’s a brief synopsis:

An epic crossover wherein the player can interact with Mickey Mouse, Donald Duck, and Goofy, all while navigating the familiar worlds of Disney films and the universes of various Final Fantasy games, as well as Square Enix’s popular The World With You.

The thing is, we could get Marvel and Star Wars characters in Kingdom Hearts 3! And the characters from Frozen too! Kinda like Disney Infinity except better because role-playing!

We also got three new clips of The Hobbit: The Battle Of The Five Armies! In one Elrond and Saruman go help Galadriel who protects Gandalf in Dol Guldur. Another has Bard giving a rousing speech to the survivors of Lake Town so they don’t give up after losing their homes and loved ones because of Smaug. Finally, we have Thranduil having a not-so-cheerful conversation with Gandalf about the fate of the dwarves in Erebor.

I was told by Peter, in 2001, that that was the end, that it was all over. Here we are 13 years later. So I don’t believe necessarily this is the end of the journey.

The thing is there are some issues between Peter Jackson and New Line Cinema, that and the fact that Warner doesn’t own the film rights for The Silmarillion makes it difficult for another movie to be made~ As Peter Jackson himselfs puts it:

If you buy The Maze Runner on iTunes or Blu-ray, you will get a 24 page book digital prequel comic that features two stories!

The first follows Alby, the first boy in the Glade, and George, one of the early Gladers stung by the spider-like Grievers. The second story (which has never been seen) is called “Run Alone” and depicts Minho, the best of the runners, teaching Ben what it takes to be a good runner. 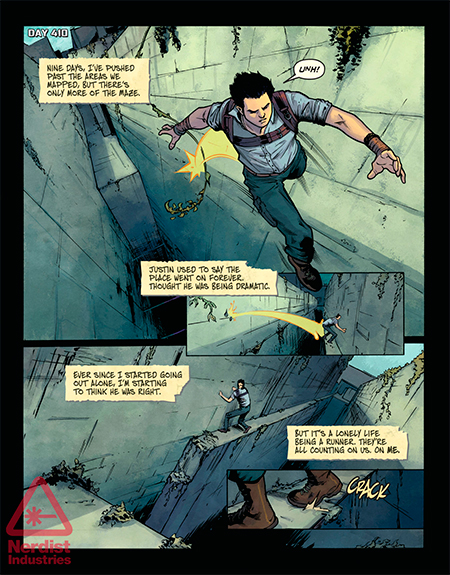