The Fangirly Diary of a Geek Girl: Get that franchise money!

Greetings, fellow fangirls and fanboys! This week has important casting news of the geeky kind! Also, a couple of awaited superhero movies finished production. So congrats to all the actors who nabbed a role that might mean job security and I hope those movies got great wrapping parties! But first, here’s how the week started:

James Gunn has been sharing all sorts of cool behind-the-scene pictures of Guardians of the Galaxy on his Instagram account, and here’s a list of them. 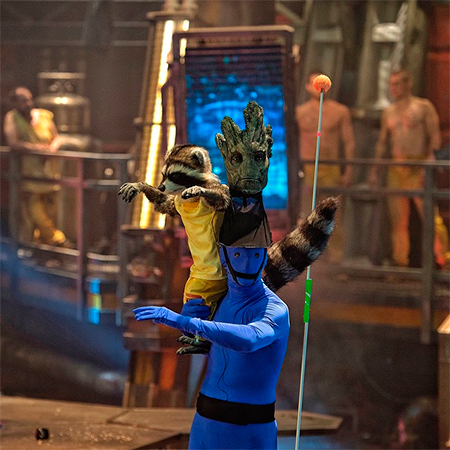 Ian Mckellen talked about on his last day as Gandalf in The Hobbit about many interesting things… like how it was thanks to Bryan Singer talking to Peter Jackson about filming dates that he got to play both Gandalf and Magneto. Thanks for that, Singer!

But before Peter Jackson asked me to play Gandalf, Bryan Singer asked me to play Magneto. That came first. And when the X-Men dates changed, I had to call Peter up and say, “I’m sorry, I can’t play Gandalf because my initial commitment has changed its dates.” And it’s only because Bryan Singer is a gentleman and talked to Peter Jackson and they agreed quite unofficially, nothing in writing, that Singer would get me out of X-Men in time to do Fellowship of the Ring that I was able to do both parts.

And here’s Lee Pace also talking about his character Thranduil is his last week on The Hobbit. He totally  did a “reverse engineer” on Orlando Bloom’s Legolas in The Lord of the Ring Movies to create his Elf King~

Talking about Frozen, the sequel is in the works according to Elsa’s voice, Idina Menzel~

I think his loyalty is very severely tested. And I think, in a way, he feels the disappointment in Thorin, in the way he’s behaving in Erebor, that much more keenly because of the undying loyalty that he’s shown. He talks about being ruled by consent. And that’s very important to Dwalin. “Yes, I will follow you anywhere, but I decide to do that.” And he really makes that very clear to Thorin. And I wanted very much for that– I think quite a pivotal moment is when your closest friend in a way, the guy that you’ve done the most with comes up to you and says, “Mate, you’re completely out of order. Completely out of order what you’re doing.” And that always makes you go, “Oh, wow.” A lot of people will let you get away with stuff, but when your closest friend does that– So I tried to do that. It’s good. I think it’s very interesting the way it concludes our relationship.

OMG! Hiddles won Best Actor in the Evening Standard Theatre Awards 2014! Yep, Tom Hiddleston got the award for his role in Coriolanus! On the Best Actress category the winner was Gillian Anderson. Also, the ceremony was attended by many of my favs so watch the pics of them was awesome. It also market the reunion of Hiddles and The Batch so yay~ 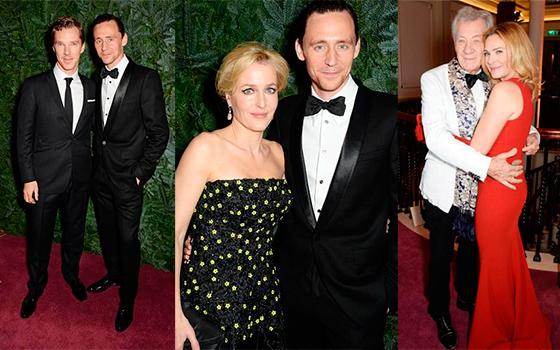