Here’s a new Justice League poster and man it seems Marvel’s former graphic designer got a new gig! Kidding~ At least, it fits with the more colorful palette favoured after Joss Whedon took the reins of the film. 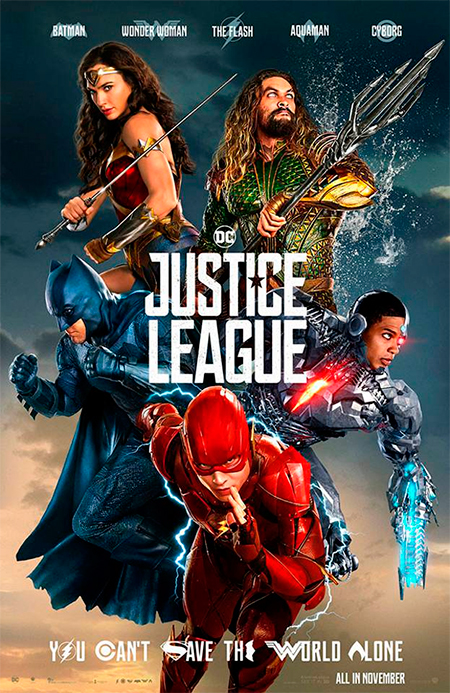 Well damn, check out who’s getting serious about their “For Your Consideration” Oscar campaigns! Warner Bros. for Wonder Woman, that’s who! The film is being put forward for fifteen of sixteen eligible categories, including Patty Jenkins for Best Director and Gal Gadot for Best Actress. Hope it gets nominated and wins one Oscar at least, can have Suicide Squad as the only comicbook movie with an Academy Award in recent years dammit!

Here’s another Thor: Ragnarok where Thor and Loki had a bittersweet exchange about their current relationship… followed by a hilarious insight about how their time as “loving” brothers must have been with “Get Help”. No wonder Loki was fed up with Thor by the start of the first film!

According to a fan who recently met J.J. Abrams and Chris Terrio, they claimed that Star Wars Episode IX will bring together all three trilogies, that it “definitely makes it feel like they’re all happening in the same universe”.

Here’s the second trailer from Marvel/Netflix’s The Punisher, where the premiere date is officially revealed after weeks of speculations! It’s November 17, and yep, it’s the same day the Justice League movie hits theatres in the US of A.

After that clip from earlier this week, Taika Waititi explained why Hela is destroying Mjölnir in a field now instead of the alleyway as shown in the Thor: Ragnarok trailers~

Here’s the thing, mate. Here’s the thing: Alleyways aren’t cool, and fields are cool, all right? Ask anyone. We originally shot some of that stuff in a setting that was set for New York, and what we wanted to do was to have them go down to Earth and they see Doctor Strange, but it felt too convenient that he was suddenly just down the road, in an alley, and also everything up until then had been so fast-paced and all over the place, we wanted to go somewhere peaceful and actually chill out with the characters, and be with Odin and pass this wisdom and stuff, and not have to hear stupid yellow cabs honking out the back.

Wait, does this mean we won’t get Hobo Odin?! It better doesn’t! Taika also revealed that one of the post-credits scenes, the “fun one” with Jeff Goldblum, have an alternate version, which “will hopefully be on the DVD at some point”. And here’s the final Thor: Ragnarok clip of the week, where Goldblum’s Grandmaster has a very entertaining exchange with both Thor and Loki~

And that’s it for the week. Before I go, I want to wish Happy Birthday to Ben Whishaw, Felicity Jones, Mark Gatiss, John Lithgow, Jon Favreau and Viggo Mortensen. 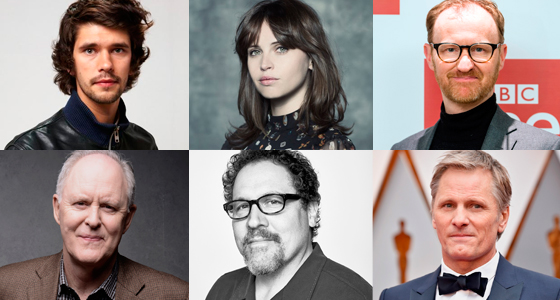