The Fangirly Diary of a Geek Girl: Games Assemble!

Greetings, fellow fangirls and fanboys! This week we had new pictures on Captain America: Civil War, more Star Wars: The Force Awakens stuff, and trailer for TV shows and Harry Potter related stuff… and then there’s the three trailer of three different Avengers games! Here’s how the week started:

After a very satisfying Doctor Who finale (which kinda makes me want a spin-off between Clara and Ashildr), we caught an entertaining glimpse of the Christmas Special, and then we got the more dramatic official TV trailer!

Anthony Russo was at the Comic-Con Experience in Brazil, and while there he rambled in an interview that adding The Defenders (a.k.a. the Marvel/Netflix heroes) to Avengers: Infinity War is complicated. OK, fine, just put in Claire Temple and I will be satisfied.

It’s complicated. When we start to serialize the telling of stories it’s difficult. You have to have a lot of control and focus on the course of history. The films are controlled by a group led by Kevin Feige, so they function as a unit. Other products, even if they are from Marvel, are controlled by others. Then there is the possibility of a crossover, but it’s more complicated. It is a smaller scale version of the problem that exists when remembering that Fox holds the rights to some of Marvel’s most popular characters, as does Sony and others. As storytellers, we only have control over what happens in Marvel movies, but everything is possible, Spider-Man (whose rights were held by Sony) became possible!

Here are the highlights from the Star Wars: The Force Awakens press conference, where Maz and Yoda at one point crossed paths, there are no ewoks or after credit scenes in this film, and Kylo Ren was going to originally wear Captain Phasm’s duds, among other things. 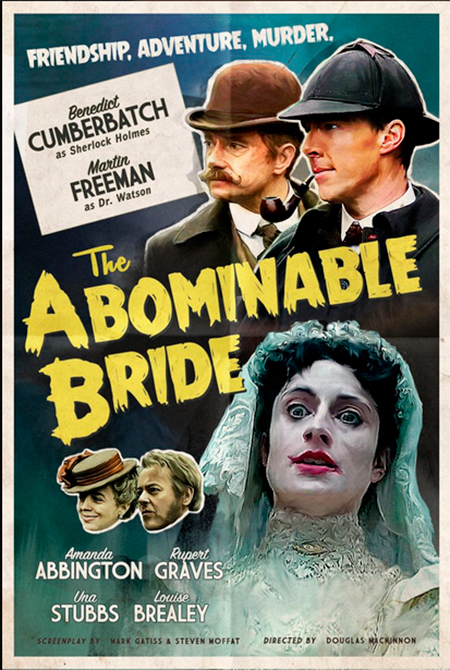 Talking about things you’ll get to see in Netflix, Iron Fist, the one Marvel/Netflix show rumoured to be cancelled, landed Scott Buck as showrunner! Yay! Not cancelled! Dude worked as excutive producer on Dexter, and a producer on Six Feet Under.

Anyway, here’s the trailer of The Powers Season 2, just so you remember that Netflix ain’t the only online network with superhero shows. Ohai, PlayStation Network!

David Harewood talked about That Big Reveal (yes, in Capital Letters) of this week’s Supergirl… That Hank Henshaw is in fact Martian Manhunter. Yep, now David Harewood understands why his character was “such a bitch to Kara”. LOL.

The whole idea of suppressing who you are was something I could understand, and pretending to be hiding a big secret seems much more interesting. I was also trying to wonder why he was such a bitch to Kara. All the way through the pilot, I was thinking: ‘There’s something going on here. No one can hate aliens that much. There’s something that I don’t know.’ So, I was happy that it was Martian Manhunter because he’s an alien, so it gave me a direction to take. 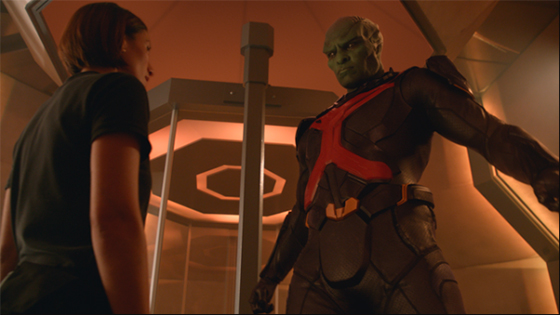 Did you know Captain Phasma was originally written as a male character for Star Wars: The Force Awakens, and Gwendoline Christie realized that in an interview. Rumor has it that man was supposed to be Benedict Cumberbatch, but fans wanted more female characters, the powers that be decided to change Phasma from male to female and Gwendoline Christie was given the part! Girl was pleasantly surpised, and also loved her armor~

It’s armor, and it’s entirely functional, and it isn’t sexualized in any way. I remember when I first saw it, I said, ‘Wow’ — not just because it looks incredible, although come on — but because I thought, This is new. I mean, in my own small bubble, this represents the way I think and the way I see things, but it’s not always the way of the world. So for that evolved thinking to be in a Star Wars movie, I think people love that! People have responded so well to that.