Greetings, fellow fangirls and fanboys! The NYCC started this week, but even before that we had important news for all of us who mark geeky films on our calendars. Also, it’s time to get ready for a very important time-traveling date. Here’s how the week started:

Guillermo del Toro tweeted that she liked Maisie Williams so much that she would get a Jaeger on Pacific Rim 2 (if it happens). I wouldn’t mind her in the movie… the “if” part breaks my heart tho!

Elizabeth Olsen knows about The Vision and Scarlet Witch relationship, because she read comics for her job! And she does have a favourite storyline about those two: House of M, of course!

It has to be House of M. That’s still all I want to do, I don’t care. I would just love to have make-believe children and have [Vision] play along with it and then just decide to destroy all mutants. That would be so fun but obviously that would never happen.

Also, here are four never-before-seen images from Harry Potter and the Sorcerer’s Stone: The Illustrated Edition as well as a small interview with artist Jim Kay about the four images: 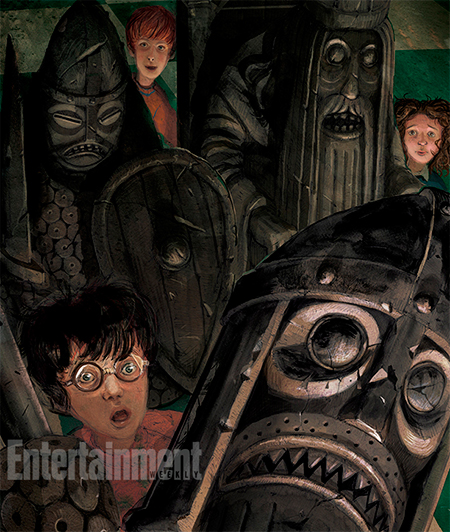 October 21, 2015 is a very important date for geeks. It’s the date Marty McFly traveled to the future in Back to the Future II. And Pepsi wants to remind you of their role in that! On that exact day, the Pepsi Perfect bottle will be sold online for $20.15, which is way cheaper than the $50 price tag it had in the movie. That’s all nice and dandy, but I still need an affordable hoverboard tho!

But that was not the only thing created to make us feel less bad that some of the things seen in Back to the Future II are yet to happen (once I again I must mention my affordable hoverboard that I’ve yet to own), and thus Universal Studios has gifted us with a Jaws 19 trailer. I could have watched that movie~

I was part of the dream sequence for the character of Thor, and I shot for a day, enjoyed it very much. Then I received a phone call from Kevin Feige — actually, Joss [Whedon] emailed me. Basically, Kevin said that in test screenings, audiences had over-emphasized Loki’s role. So, they thought that because I was in it, I was controlling Ultron, and that it was imbalancing people’s expectations. So Joss and Kevin were like, “Let’s cut it, because it’s confusing people.”

Dude basically got the shaft because he’s the one memorable Marvel villain and if he appears but for one minute, the audience will of course believe he’s behind everything! We have imprinted on Loki, Marvel. And it’s your own damn fault.

The Flash movie, which may confuse the more casual The Flash tv show fans, may be directed by Seth Grahame-Smith. What?! Really? And I thought Marvel hired no-names! I mean this is a writer of meh to decent things. Nothing great but nothing terrible either. But in what world does that mean he gets a big budget to direct a film for the first time? Or are DC and Warner doing this movie for peanuts?!

George Miller confirmed he will make two more Mad Max movies… which he’d rather do than direct Akira. He obviously made the right choice. But since Warner ain’t quitting making Akira, it scares me a bit which director will end up taking up the mantle.

John Hurt will be back as the War Doctor in twelve Doctor Who audio plays! This new story will be told over four box sets, each with three hour-long episodes. The first box set is entitled Only the Monstrous and you can see the art here: 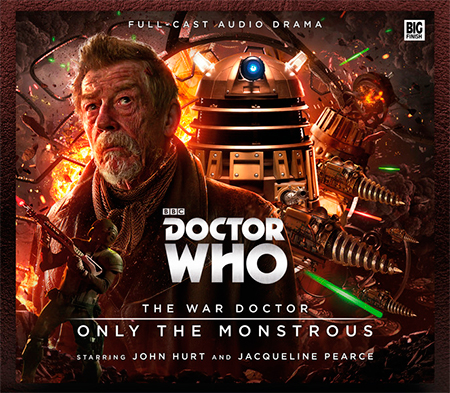