The Fangirly Diary of a Geek Girl: Foregone Conclusions

Donald Glover is in talks to join Spider-Man: Homecoming! Details of Glover’s character are being kept secret, but I doubt he will be Miles Morales as the fandom wants. Dude was after all the inspiration for the character. Sadly, he has become too old for the role~

You know I love lists, even if I didn’t completely loved Batman V Superman: Dawn of Justice, so here are the 6 biggest reveals from the Ultimate Cut! Like, why did everyone thought that Superman was the one who killed all the terrorists in that African village, since Superman isn’t one to gun down the baddies? Well, KGBeast burned the bodies and the villager who testified was an actress hired by Luthor. So yes, a combination of Lex Luthor masterminding everything AND people being totally incompetent at fact-checking how the hear rays are different from regular burning and the identity of who they allow to testify. Also, Jena Malone is playing S.T.A.R. Labs forensic scientist named Jenet Klyburn, so that suck because no Barbara Gordon. Finally, Superman gets to do superman-y things! Apparently, those and other little changes make the movie less dumb!

OMG! I didn’t know that animator Leigh Lahav (whom I love because of her fangirl series, among other things) had made Belle & Tina are Time Travelers, a new pilot about, well, time-traveling fangirls! And it is made of awesome! The Mary Sue had an interesting interview with Leigh about this new project.

We love the Time Travel trope but always asked: where are the ladies? They usually appear as companions, love interests or in the worse scenarios- triggers, and while some of these are great (I’m a big fan of the female characters in Doctor Who), we really wanted to see those characters in leading parts, as the travelers.

OMG! Remember the fantastic Genndy Tartakovsky series, Samurai Jack? And how no matter how hard Jack fought to defeat evil overlord Aku and return to his home in the past, the series ending didn’t resolve the story? Well, we had IDW comicbooks, but fans wanted more! Well, here’s our first promotional art of the Samurai Jack revival, which debuted at the Annecy Festival D’Animation in France. Damn, Jack looks hardcore, and it’s that blood on him? Is it his? The enemies? That’s new! He usually fought robots and monster who bleed oil or slime, so all the violence won’t get censored. The show will return later this year during Adult Swim’s Toonami block and is currently in production. 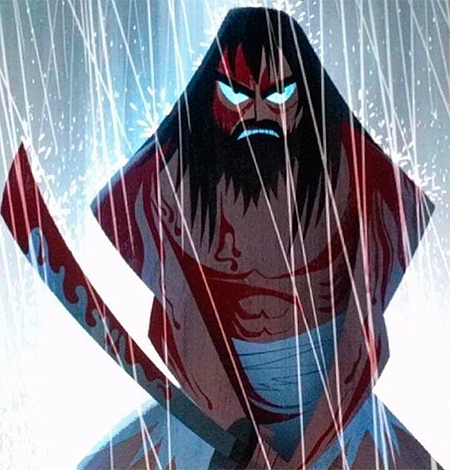 Despite the sad end of Harrison Ford’s Han Solo in Star Wars: The Force Awakens in the hands of his shitty son; Ford’s other iconic character ain’t dying any time soon. At least not in Indiana Jones 5, promised Steven Spielberg. So yay, silver linings~

Suicide Squad director, David Ayer, explained the story behind The Joker’s tacky-ass tattoos, which you can check out in all their tacky-ass glory in this DC Collectibles statue, together with Harley Quinn: 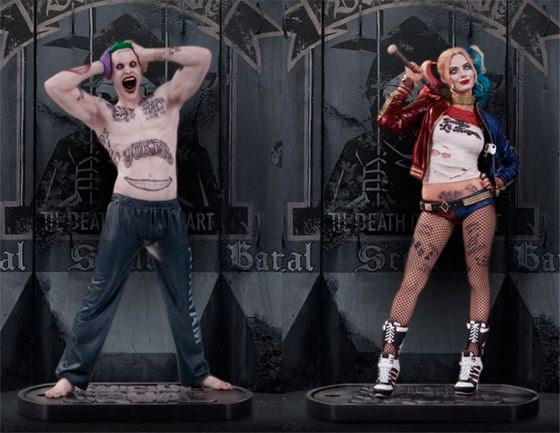 The tattoos tell a very specific story. And eventually people will decipher them and understand what’s going on, but obviously they’re contentious, any time you do something new it’s contentious. There’s very specific stories and easter eggs in those tattoos. And even his teeth, there’s an entire story behind that which is absolutely canon. It’s putting his history on his body. This Joker is a little more working class, who I believe could live in our world.