Here we have a couple of Kick-Ass 2 posters, showing Jim Carrey and Christopher Mintz-Plasse as Colonel Stars and Stripes and The Motherfucker, respectively. 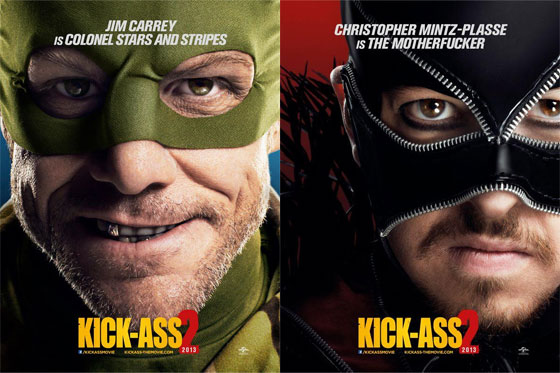 Dear Hugh Jackman talks about what we saw in The Wolverine trailer that debuted yesterday. Besides talking about Wolverine’s love for Jean Grey, or how badass is Viper, he talks about the scene in (over) the bullet train.

It is insane. It was insane to shoot it. It was, again, one of those brilliant ideas. One of the most emblematic things about Japan is the bullet train. I can’t go on the bullet train without any incident. It was hairy, shooting that stuff. To re-create what that is like, the kind of winds at 300 miles per hour, let me just say, looking back at some of the footage, I thought, ‘It’s time for a facelift.’

Lots of fun facts of Iron Man 3, which is basically everything I knew about the movie in one convenient place! Also, Disneyland’s Tomorrowland will get a ‘Stark Expo’ of sorts, from April to September, where lucky bastards will get to see Tony Stark’s Hall of Armor, from Mark I to VII, and will even be able to virtually ‘suit up’ and check what it’s like to operate the Mark 42, and even the chance to test out its infamous repulsor blasts. I will cry.

And, for some reason, there’s this album called Heroes Fall “inspired” by Iron Man 3 and it’s full of hipster bands. The movie itself better feature Black Sabath and AC/DC though!

The graphic novel explores the Huntsman’s forced servitude to the Queen against his will, and how complicated that relationship can be when, during an especially harsh winter, the Queen schemes again to get Snow.

It was only a metter of time, both ABD and Marvel are owned by Disney after all! And talking about Marvel graphic novels, The Avengers get a new one in October called Avengers: Endless Wartime! And the characters here are glorious: Iron Man, Captain America, Thor, Hawkeye, Wolverine & Captain Marvel. 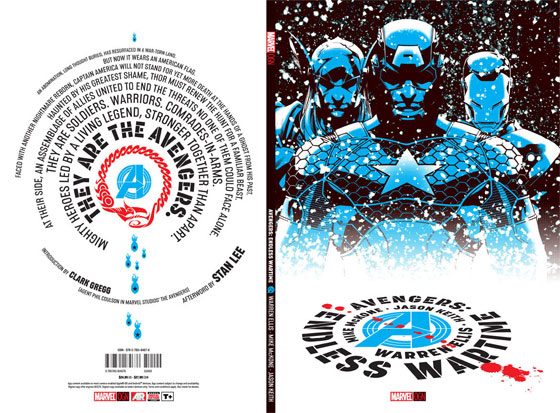 Hiddles wants to go back to theater to say fresh. Nice work ethic, dude, but I’ll miss you in the big screen… the West End is so far away~

My table in the kitchen is where I work and read scripts — and it’s literally littered with plays right now. I’m on different, modern things, American classics, Shakespeare, Jacobean stuff. I really want to find something big and meaty and exciting

The hell! There’s gonna be another version of Iron Man 3 for China!

The Chinese version of the film will also feature a special appearance of China’s top actress, Fan Bingbing, and will offer specially prepared bonus footage made exclusively for the Chinese audience.

Unfair! This is a work for piracy!

Yeah, many of the unused concept art for G.I.Joe: Retaliation is better than what we got in the cinema. I feel cheated. 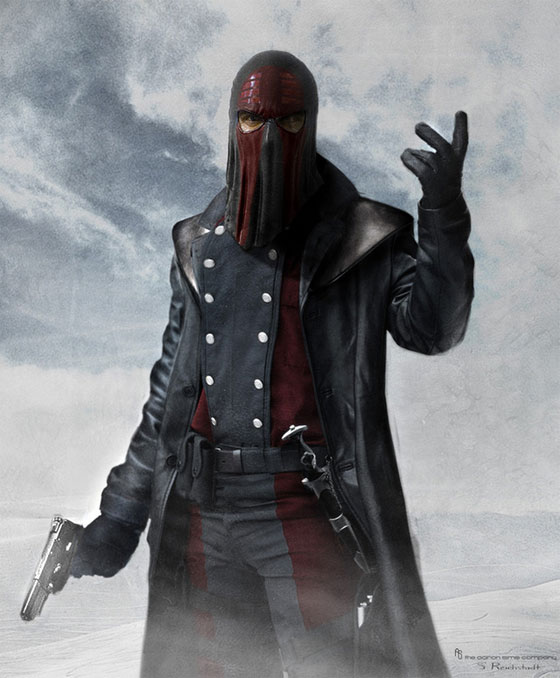 This time and era of America’s history and heritage is rich with characters and stories that we could not fully explore in a two-hour film. A television series allows us the time and creative freedom to bring this colorful world, and all the implications it had and still does on our society, to life.

–
And that’s it for the week. Before I go, let’s say happy birthday to Jessica Chastain, Lee Pace, Leonard Nimoy, Quentin Tarantino, Louise Brealey and Lucy Lawless. Damn, that’s a lot of birthdays! 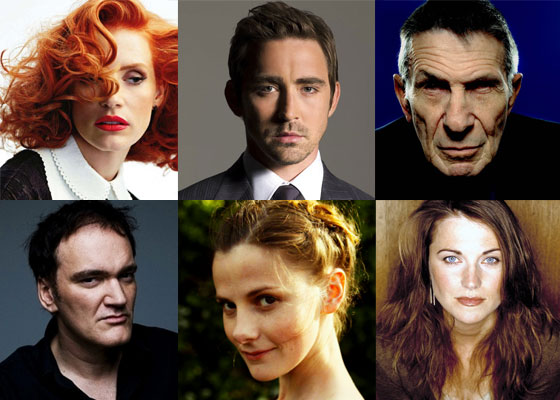 Now, I’m off to enjoy a very geeky weekend with Doctor Who and Game of Thrones!