Star Trek Into Darkness in the cover of F*** magazine. 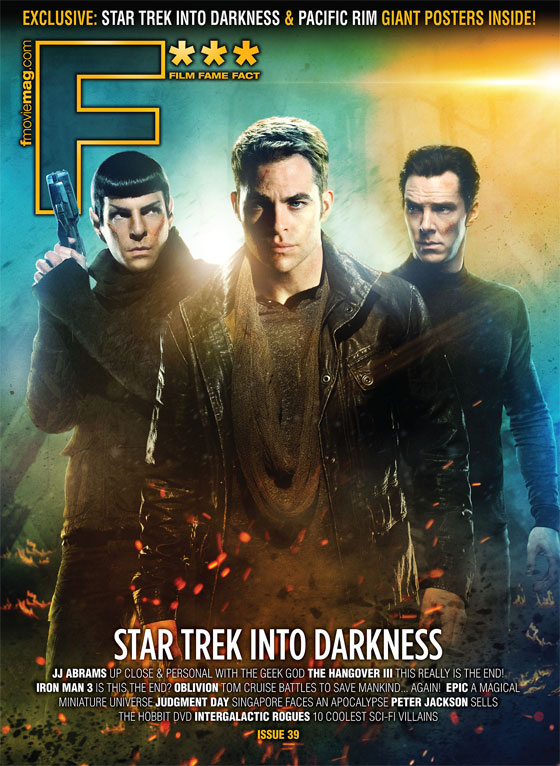 It’s been fun seeing people try to figure out who he is playing and all the time it just being a very simple answer. John Harrison is indicative of a thing going on in society today, which is the enemy within. Not…a multi-horned alien or another country or whatever. It’s the idea that the threat can be one of us and can come from inside.

Two sequels to Independence Day? The hell, Emmerich? And the names! ID Forever Part 1 and ID Forever Part II. They made me LOL. So, 20 years later the aliens come back because of a “distress call sent by the first wave of aliens”. A distress call? I thought the novelization said the whole species was in that mothership. Guess it’s time for retcon! Oh well.

Escape from New York gets a remake and it will possibly have a Brit playing Snake Plissken! It’s either Jason Statham or Tom Hardy now! And while I am used to see Statham in this kind of movie, I wouldn’t mind Hardy here.

Sherlock series 3 started filming and I might cry. Hey, Benedict Cumberbatch in Bristol near a bonfire and Amanda Abbington! Huh, Amanda being there makes me think John Watson is totally getting married. That or Amanda is Watson’s sister, Harry. 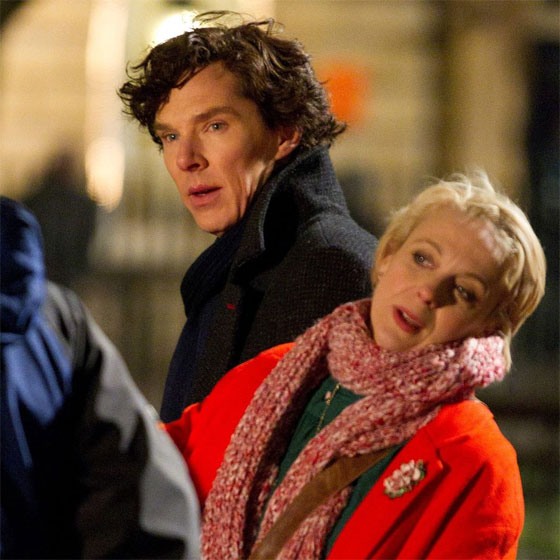 OMG it’s been a while since I talk about The Avengers but finally the box is here and it’s glorious. Even better than the movies, is all those extras! I want Thor’s ID, and Iron Man’s blueprints, and skinny Steve Roger’s picture and some much more! Some lucky bastard got it already and took pictures of all its content. There’s also talk about shawarma.

Another glorious thing is Tom Hiddleston’s photoshot and interview for Flaunt Magazine. I can’t. A person shoudln’t fangirl that much. Can’t be healthy. Specially because this mofo doesn’t only look good, but have words of wisdom to share~ 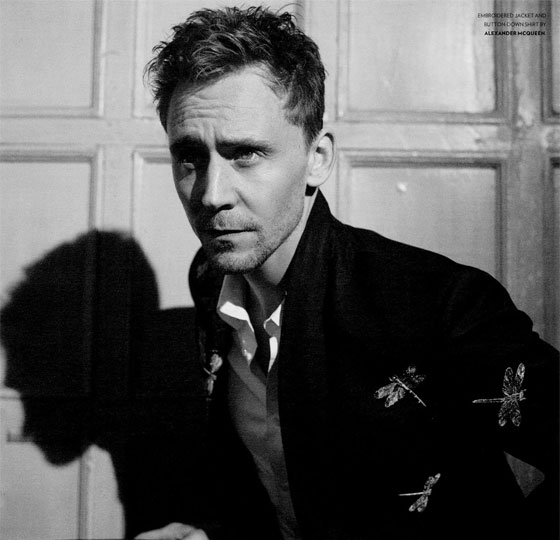 Let’s talk about Young Avengers! After the first five issues, we get a one-shot with Speed (Wiccan’s “spiritual” brother) and Prodigy from Uncanny X-Men. BTW, Young Avengers #3 was awesome and practically angst free! Good job, Gillen! Also, apparently I’m now smitten with McKelvie’s style. It grew on me… like fungus!

OMG, DC is doing a documentary focusing on their villains called Necessary Evil… and it’s narrated by Sir Christopher Lee. Yeah, I’m totally watching that one.