The Fangirly Diary of a Geek Girl: Female version of 300

Here’s a fantastic article on Entertainment Weekly about the real-life athletes and ass-kicking women who populated Wonder Woman‘s home of Themyscira. There were Olympic bobsledders, heptathletes, police officers, crossfit champions, professional fighters, trained horsewomen and even a Miss Greece. Vall Beijner (the Swedish professional fighter one) said that “the trainers said they wanted us to look like the female version of 300” and Brooke Ence, the American Crossfit champion one, added “It really is cool to see this whole training area, and there’s not one male figure in sight”. Check out these wonderful ladies in this Twitter thread! 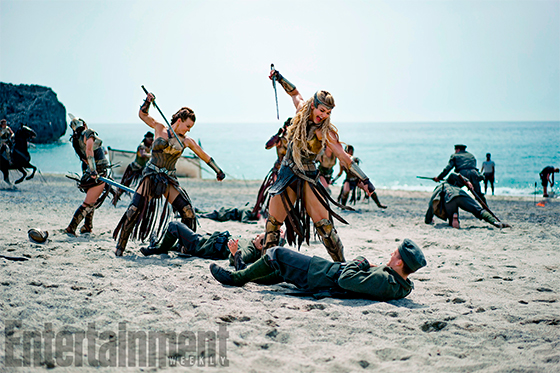 In WTF news, Star Wars: The Last Jedi director Rian Johnson said that Disney had no freaking “no mapped story” beyond Star Wars: The Force Awakens. What the hell dude? At least, it seems Lucasfilm had a rough outline for the franchise. Kathleen Kennedy did say that there was already a structure for future movies. Johnson did have something to clarify tho:

We’re not improvising it all on set. It is very carefully planned, but one piece at a time, each building off the previous movie.

Everything from my childhood keeps coming back! Now, Animaniacs is getting a reboot! The reason? It had a “surge in popularity since arriving on Netflix last year” according to an IndieWire article. Well, I wouldn’t know since it ain’t in my freaking Netflix zone. Anyway, it’s being developed by Steven Spielberg, Amblin TV and Warner Bros. So, the usual suspects! I wonder if they will keep all the segments? Even the most weird ones. Will they add more? And the songs! It better had awesome new songs! What about voice actors! Now I am getting excited and it’s in early stages. I just want a quality product, guys. One worthy of Princess Angelina Contessa Louisa Francesca Banana Fanna Bo Besca the Third… and her brothers.

Check this amazing Harry Potter fan film, that is basically Voldemort’s origin story with a side of original character. Yep, we get the point of view of Gryffindor heir Grisha McLaggen as she investigates Riddle’s rise to power. Voldemort: Origins of the Heir comes from Tryangle films, is crowdfunded and not-officially-sanctioned… so I hope Warner and J.K. Rowling come with their cease-and-desist letters. I mean, this is an early teaser, the production is still ongoing, but the effects and visuals look fairly decent overall. That said, I cannot say I care much about this Heir of Gryffindor gal. We already know she fails. I guess in this case, it depends on all the journey and not the destination.

Check out the first poster of Murder on the Orient Express, where it has a fantastic cast suspect of the murder of Johnny Depp. Erm, spoilers? Can it be said it’s a spoiler when the book is over 80 years old? Anyway, I want to watch this film so much! 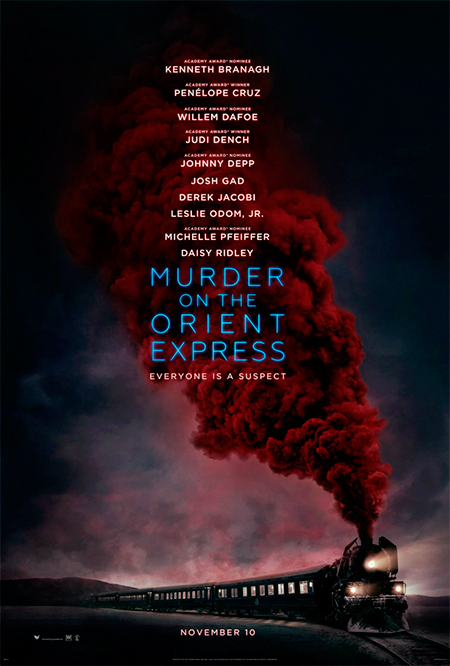 The three-headed, golden dragon Ghidorah, the giant Pteranodon Rodan, and the insect deity Mothra appear to have all been confirmed for 2019’s Godzilla: King of the Monsters thanks to a a casting call for various positions. Damn, poor Godzilla is going to use his atomic breath quite a lot!

Wonder Woman director Patty Jenkins and screenwriter Allan Heinberg explain why the film was given a World War I setting, instead of the original World War II. Basically, it was “a really interesting parallel to this time.”

We are in a very WWI world today with nationalism and how it would take very little to start a global conflict. It’s the first time we had an automated war. The machine gun was a new invention. Gas was used for the first time. New horrors were unleashed every day.