The Fangirly Diary of a Geek Girl: Female version of 300

Greetings, fellow fangirls and fanboys! This week Wonder Woman was released and we all rejoiced. Also, LEGO leaks and news. There’s also soundtracks, books and posters! Here’s how the week started:

Guess, Rey won’t be making her one lightsaber in Star Wars: The Last Jedi… for now. Lucasfilm marketing department has officially transferred ownership of Anakin’s lightsaber to her in the new promotional material. Yep. It’s Rey’s lightsaber now. I still have hopes for her having a double-bladed lightsaber like Darth Maul. Only green or blue. I know her staff wielding skills are not exactly transferable but it show her potential dammit!

There’s been a LEGO leak! And lo and behold, Star Wars: The Last Jedi spoilers nearby! The new sets are a First Order Star Destroyer, First Order Heavy Assault Walker, and Resistance Bomber, where we get a couple of Poe Damerons (and he’s only mentioned as a Captain in one of them), Rey with her lightsaber (yes, hers!), and new character Vice Admiral Holdo (Laura Dern’s character). Also assorted unnamed characters from both The Resistance and The First Order. But most importantly, we have an evil and color-coded BB-8, called BB-9E… and Supreme Leader Snoke serving Hugh Hefner realness with a flashy golden bathrobe. 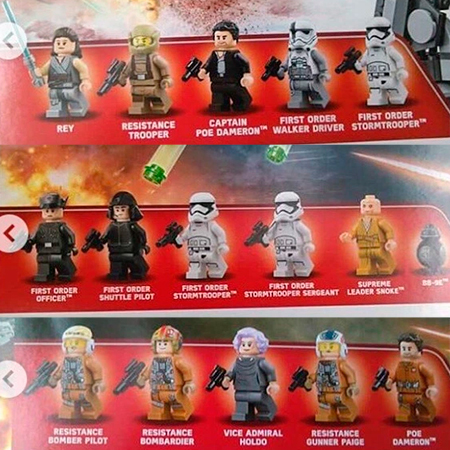 Lucasfilm Story Group executive and notable Star Wars tattle-tale Pablo Hidalgo said that the pretty picture of Captain Phasma with the other two on the Vanity Fair photo-shoot is just a behind the scenes portrayal. Basically actress Gwendoline Christie in her Phasma get-up, and not how Captain Phasma may actually look in Star Wars: The Last Jedi. Sure she is a lady, but she doesn’t necessarily looks like Gwendoline. So… brunette, facial scars, cyborg, droid or even alien? A combination of two or more of those? So many possibilities! 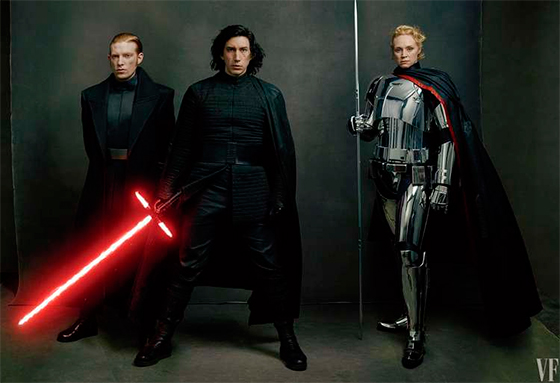 You know that female-lead “Spiderverse without Spider-Man” movie Sony is making, Silver & Black? Well, it will include even more Spider-Man comics characters that now have nothing to do with Spider-Man… like Kraven The Hunter, Spider-Woman, Tombstone and Norman Osbourne. Yep. This is a hot mess and I want to know how it ends up!

Pirates of the Caribbean: Dead Men Tell won the Memorial Day weekend with $77 million in the domestic box office, and $285 million worldwide. On the other hand, while the franchise managed to once again to open at #1, it scored the lowest domestic opening weekend since the original Pirates of the Caribbean: The Curse of the Black Pearl debuted with $46.6 million back in 2003.

Check out Netflix’s first Castlevania promotional art! And it is totally inspired by the original NES Castlevania cover art back from the 80s! This new animated series will debut on Netflix on July 7th. 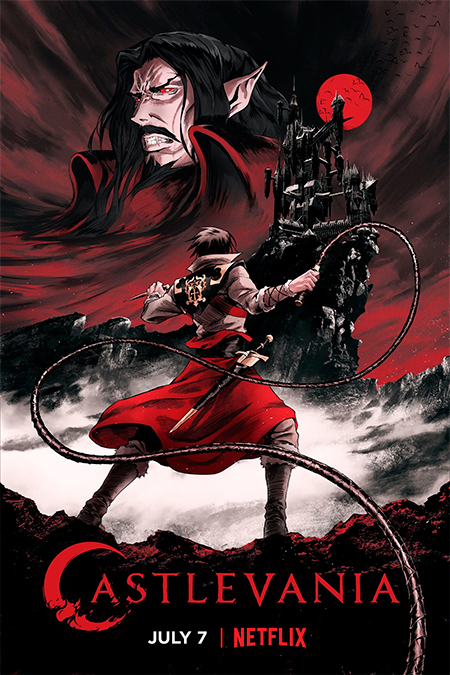