The Fangirly Diary of a Geek Girl: Empowering tomorrow’s superheroes~

Greetings, fellow fangirls and fanboys! This past week we have TV promos, posters, franchises expanding, sad Guillermo del Toro news, Marvel taking a page from DC, and DC getting ready for a new demographic! Here’s how that week started~

Let’s start the Mark Millar, who had even more things to say! As creative consultant for Fox, he talked about Fantastic Four‘s most recent suckage. And he basically said: “Some bits were good”, you guys! And it’s not like Marvel has a clean record because “Thor 2 didn’t work out especially well, Iron Man 2 didn’t work”, and “Avengers 2 is nowhere near as good as Avengers 1“.

He also talked about Civil War, which is basically his and Steve McNiven’s baby, and how Captain America: Civil War, doesn’t need to focus on secret identities (and the unmasking of our friendly neighbor Spider-Man, for that matter). And also, how you have show how both Cap and Iron Man are “both right, they’re both good guys”, which is clearly something that didn’t come that well in the comics, since most people were in favor for Captain America. I mean, I intellectually agree with Tony Stark’s stance in the issue, but I totally disagree the methods he applied to enforce he “won” this Civil War.

Now for something different, here’s a delightful picture of Doctor Who characters (The Doctor, companion Clara and a couple of Daleks) recreating the famous cover of Beatles album Abbey Road: 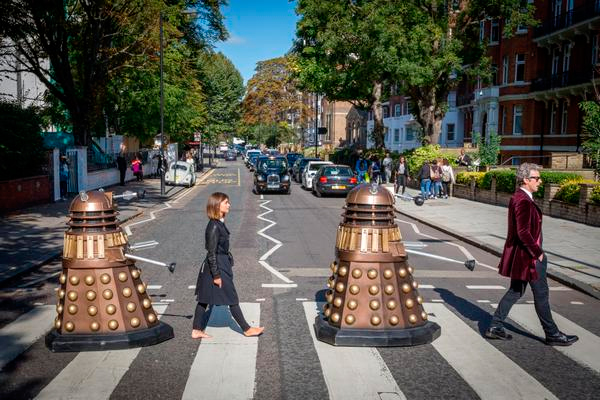 On the first sad Guillermo del Toro news, dude revealed that  Junji Ito was supposed to collaborate with him and Hideo Kojima on the Silent Hills game that never was. I had to go a read some of Ito’s one-shots after it, because the pain was great!

On sorta related new, since it’s a movie franchise based on a videogame, here’s a picture of Milla Jovovich and Ali Larter from Resident Evil: The Final Chapter, which I am not sure will be the final chapter. I’ve been deceived with titles like that before! Also, damn, Milla hasn’t aged a lot, has she? 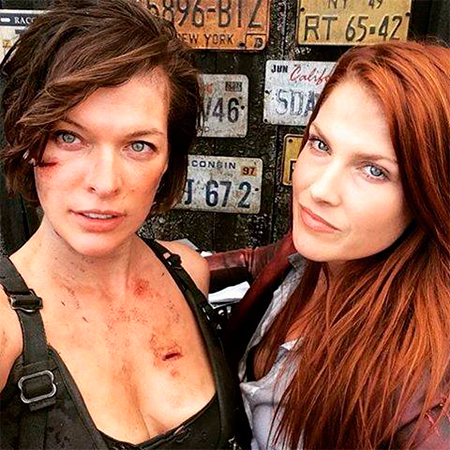 Waylon Smithers, of The Simpsons‘ fame, will finally come out as gay, according to showrunner Al Jean.

In Springfield now, most people know he’s gay, but obviously Burns doesn’t. We deal with that in two episodes. We actually do a lot with Smithers this year. He gets fed up with Burns not appreciating him and considers his options.

Well, it’s about time, right? What about Lenny and Carl tho! When do they come out as bisexual and in love?

Anyway, here’s a new The X-Files promo called “The Truth Is Still Out There”. Well, they had to have one of those with that name, right?

Here’s an interview with Cameron Monaghan, who may or may not be Gotham‘s future Joker~ He talked about his character arc in the new season, how much he practiced that painful sounding laugh, and of course, does he think himself as the Joker?

I think of him as Jerome. At the end of the day, I have to attach to what is tangible right now. What’s important to note is that he’s representative of the idea of who the Joker is — the spirit, the lunacy and the enjoyment of chaos and laughing at other people’s pain. In many ways, right now, for our show, the Joker is more of an overarching concept. That’s really important to recognize.

Good news for Cumberbitches and Shakespeare geeks (and I happen to be both!), Benedict Cumberbatch’s Hamlet comes to the big screen. I really hope it actually comes to my country’s theater (yes, the one theater that plays well… plays). Yes, I am aware that Hamlet was kinda weird and it had mixed reviews, but still! I wanna watch! Here’s the trailer:

Beautiful bastard Tom Hiddleston shows off his costumes from I Saw The Light. Dude was indeed made for period costumes. Then again he almost always looks good (nowadays I mean, I can’t vouch for his taste when he was younger and had labradoodle hair)~ 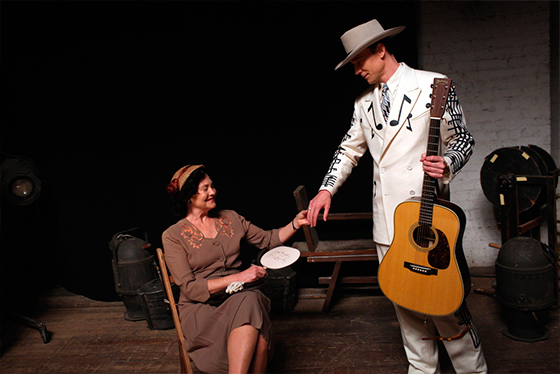