Benicio del Toro in Guardians of the Galaxy? And his character could be in multiple MCU movies! Some people think he might be Thanos.

Highlights from CrimeFest, where Steven Moffat, Mark Gatiss and Sue Vertue talked about Sherlock. Also Moffat talked about why Sherlock and The Doctor couldn’t work together:

They are different people. Sherlock is aspiring to what The Doctor is running away from. The Doctor doesn’t want to move away from humanity, while Sherlock Holmes wants to rise above all that. They wouldn’t especially get on with on another I dare say. The Doctor would be thrilled to met Sherlock, where Sherlock would probably punch him.

I would watch that. 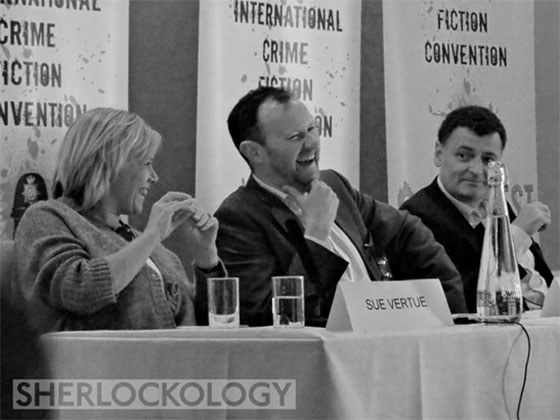 Crimson Peak won’t be PG-13, says Guillermo del Toro. This made me even for excited for it. Yay, R-rated horror films!

It’s a very traditional Gothic romance, and at the same time very modern in the sense that it has strong sex and violence. I’ve never done a movie that has anything remotely kinky, but this movie is a little kinky and the violence is very shocking. So you’re traversing through a tranquil Gothic romance, and all of a sudden this terrifying and sexual stuff comes in. It’s very much a haunted-house movie, but I don’t think there’s a ghost of a chance that we’ll get a PG-13 rating.

Apparently Man of Steel is quite powerful and emotional, it even made Henry Cavill almost cry.

The first half-hour, [and] I was in the movie – I know what the script was, I almost cried three times. I was like, ‘Man up, man-up, don’t be seen crying.’

Preview of Thor: The Dark World prelude comicbook. We are totally getting a view of the other realms~ 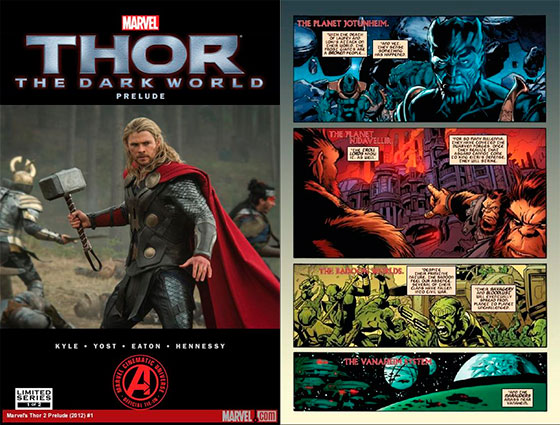 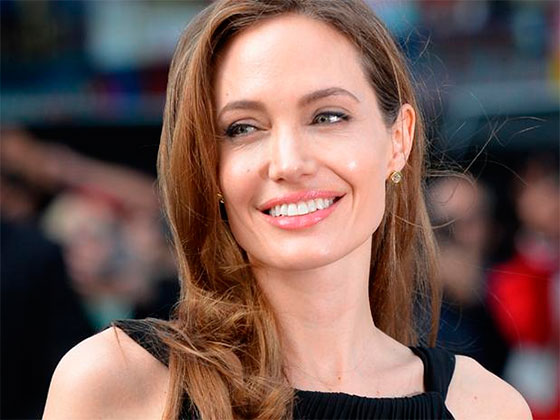 That would be too much for my geek heart, though.

Wil Wheaton acts like he know who the new Doctor will be.

Am I the only person who knows who has been cast as the next Doctor, and who has known this was coming for several weeks? I figured that if it filtered down to me, it must be common knowledge among people who matter…now I feel kind of special. Yay me.

Joss Whedon talks some more about Agents of S.H.I.E.L.D.

It’s very important to me that the show stands on its own, that people who never saw any of the movies can tune in and enjoy it. We like being a part of the Marvel Cinematic Universe, we like having all of the mythos to play off of. But if the show was “You just missed Tony Stark, wow, he was just here!” it would be the most unsatisfying show ever. We have a new ensemble, apart from Clark, it’s all people I’ve never worked with before, but I’m really excited about them, I’m really proud of them and I think people are just going to want to see them every week.

Marvel Heroes has begun! And this video almost made me cry because I am a sucker and I love my Marvel babies and OMG Uatu!