The Fangirly Diary of a Geek Girl: Earth’s Mightiest Kiss!

Rumor has it Fox & Marvel made a trade for those new X-Men TV dramas mentioned, and that would be that Fantastic Four may join the MCU in 2020. Not a bad trade. I mean, I am not stoked for another Fantastic Four movie, but they sure could use their villains! Well evidently Fox and Marvel are denying the rumor. Then again, Sony and Marvel did the same thing with Spider-Man in January and then in February a deal was announced. I’ll just stay tuned, I guess!

On Monday, the rumor that Hulk will be smashing through Thor: Ragnarok saw the light. Coincidently (OR WAS IT?!), Marvel tweeted a funny GIF from Avengers Assemble of Thor and Hulk. Then Thursday came, and it’s practically a done deal that Mark Ruffalo will indeed be bringing Hulk into Thor: Ragnarok. I wonder how Hulk will be part of this such a dark story?

Guillermo del Toro got interviewed by The Mary Sue, where he talked about how he ain’t giving up on Pacific Rim 2 (and how much he loves the characters and the idea of it), his dream to make a noir film (he’s just waiting for the outlandish anecdote that will attract his imagination), and once more there was talk about Tom Hiddleston being the only one showing skin on Crimson Peak:

It was, a decision I made with Tom and Mia early, early on. First of all, I felt it was very important to have in a genre piece, a section that was sexual but liberating. Because normally sexuality in any genre is damning, or is a sign of doom or shame or horror, and I wanted to have this kind of core of purity, that allowed the characters to be sexual without having any damning connotations.

On better horror movies, A TV adaptation of the Hack/Slash comicbook is heading to TV! The story is about Cassie Hack, a final girl who has had it and becomes a killer of killers. Together with burly protector Vlad, Hack travels across the country hunting slashers like Michael Myers, Jason Voorhees and Freddy Krueger. Yes, it is awesome and you should read it!

Thor and Captain America kissed (or will kiss since the comicbook comes out on January) and it’s totally canon! Of course we are talking about current Thor and Captain America, which means Jane Foster and Sam Wilson. But! It’s totally the tame to confuse those friends and foes alike who are not up to date in Marvel comic shenanigans, and will probably think of something like this. 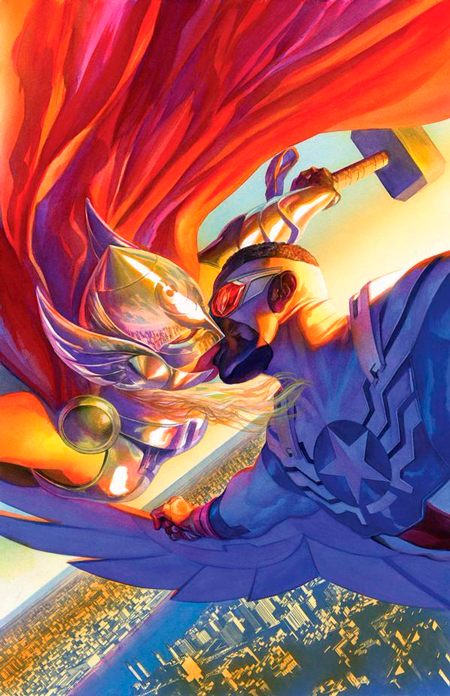 Yes, James Gunn will add “at least one new character” in Guardians Vol. 2, but he ain’t that interested in a potential Avengers team-up!

My interest is to tell stories that are deeper and better about the characters that we’ve already known. Even though I am adding characters—one character, at least, in [Vol. 2]—it really is about getting to know the characters better. It isn’t about mixing and matching characters. That’s kind of boring to me, actually.

On DC comics news, we are getting coloring book variant covers in January 2016! Yep, coloring books are in now, and DC wants to be (even more) popular with the kids! Frankly, while the idea is awesome, some of the covers are a bit too much for poor me! I would get tired/bored painting many of these halfway through! 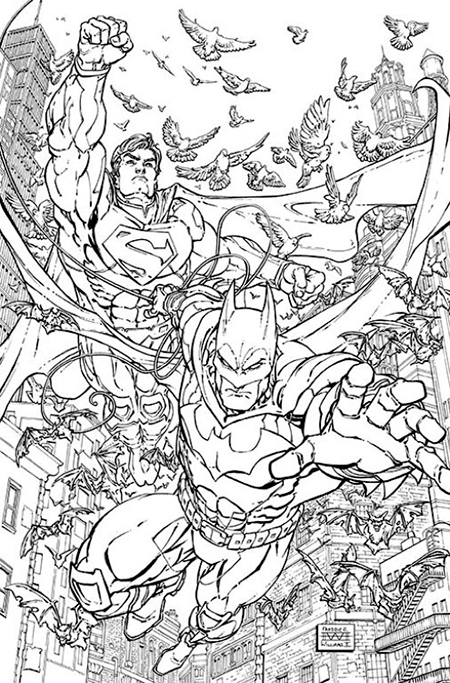 Hansel and Gretel: Witch Hunters will get a television series! So yeah, that means no sequel, and probably no Jeremy Renner or Gemma Arterton. Which is weird, because I thought they already had a director and Renner! But hey, they could cast someone as equally awesome, and they could actually look like siblings, right! I mean, I love Gemma and Jeremy, but he’s so much older than he should have been considering the ages of the kids who played them!

Adventure Time‘s Ice King is getting his own comic book miniseries by KaBoom, the all-ages imprint of Boom Studios. The six-part miniseries will be written by Emily Partridge (storyboard artist for Adventure Time) with art by Natalie Andrewson (who did variant covers for Lumberjanes and Marceline Gone Adrift).The first issue of Adventure Time: Ice King is scheduled to hit comic book shops in January. 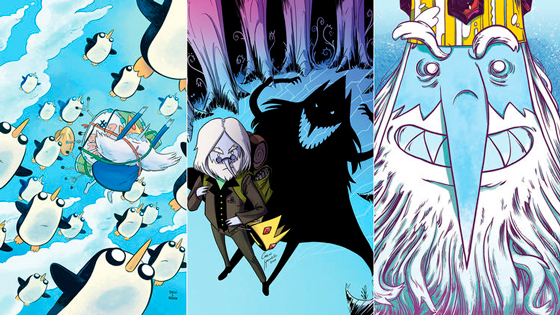 –
And that’s it for the week. Before I go, I want to wish Happy Birthday to Charles Dance, Manu Bennett, Doona Bae, Josh Hutcherson, Hugh Jackman, Ben Whishaw, Mia Wasikowska and Angela Lansbury. 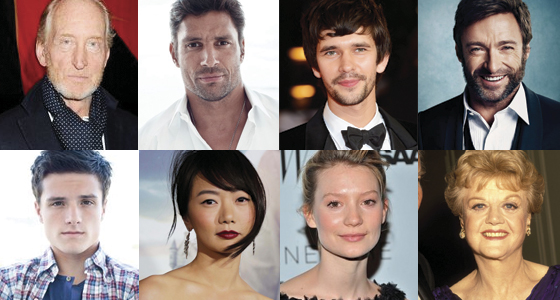