The Fangirly Diary of a Geek Girl: Do he got a booty?

The newest Avengers: Age of Ultron character poster is the sexiest one! Here we have Ultron giving us an ass-shot! So, do he got a booty? He don’t, actually. But how am I to rate the beauty standards of synthetics persons? I do appreciate his being a trooper and taking one for the team. Gods know we need at least one butt pose! 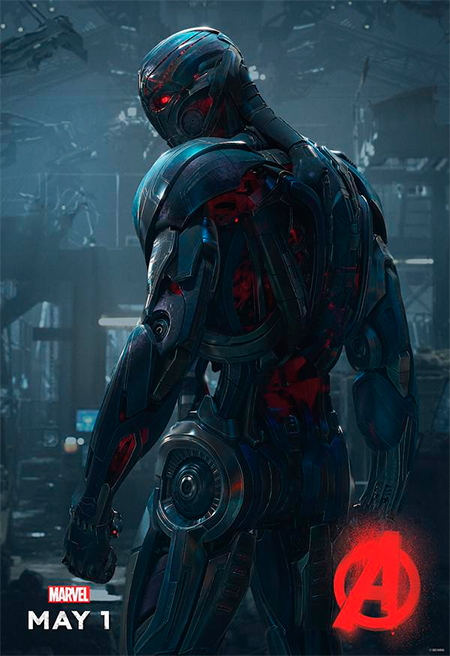 As you know, Crimson Peak is YAM’s Most Anticipated Film of 2015, and it seems our waiting will be well-rewarded. At least, if we have the same tastes as Stephen King~ Here’s what he had to say:

Was treated to a screening of Guillermo Del Toro’s new movie, Crimson Peak, this weekend. Gorgeous and just f–king terrifying. […] Electrified me in the same way Sam Raimi’s Evil Dead electrified me when I saw it back in the day.

You know the the novel Let the Right One In by Swedish author John Ajvide Lindqvist, which was turn into a great Swedish movie and a not-so-great American movie? Well, it’s getting a TV series on A&E. An American one. With Jeff Davis, the showrunner of Teen Wolf. Yep, Teen Wolf. I am already worried. Well, good for Davis I guess. From werewolves to vampires! Such an upgrade!

OMG! The most awesome podcast ever is getting a book! Yep, Welcome to Night Vale will be released October 20th and here’s (part of ) the synopsis:

Located in a nameless desert somewhere in the great American Southwest, Night Vale is a small town where ghosts, angels, aliens, and government conspiracies are all commonplace parts of everyday life. It is here that the lives of two women, with two mysteries, will converge. 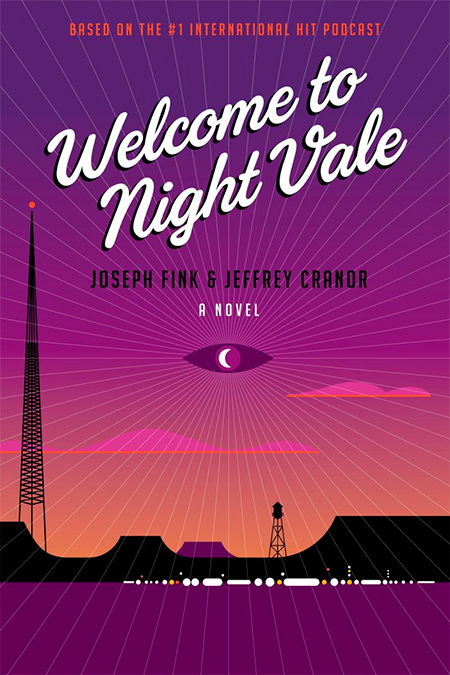 The pre-sale was so popular it reached #5 in all of Amazon books! Also, as fans expected it, there will be an audiobook edition out in October as well!

This was a bad day for good news. But we did manage to find one positive thing! First, Sleepy Hollow got renewed for a third season! And also got a new showrunner, Clifton Campbell. The reason? Season 2 not-so-good ratings~

So, not sure if these are good or bad news, because on the one hand poor of those guys that bought the ticket with the wish to meet him, but on the other yay for us who just wanted the new book soon! Yep, G.R.R. Martin has decided to forgo going to cons to finish The Winds of Winter.

I have too much to do. Too many things on my plate. Son of Kong foremost amongst them. […] Should I complete and deliver WINDS OF WINTER before these cons roll round, I reserve the right to change my mind.

The first official bad news come from writer Alex Garland who claims that there won’t be a Dredd sequel ever. Or at least not with the team of the original film.

There isn’t, as far as I can tell, going to be a Dredd sequel. The basic mechanics of film financing say that if you make a film that loses a ton of money, you’re not going to get a sequel. And that’s basically what happened. And I understand and appreciate the support the film has had, and the campaigns that have existed for it, and it’s really genuinely gratifying […] The support for the film is truly appreciated. But if there is going to be a sequel, it’s not going to be me and the team of people who worked on the previous film, it’s going to be another bunch of people. And good luck to them, and I hope it happens. I really do. I hope they do a better job than we did.

Despite some assurances heard (and read) here and there, after Secret Wars, Marvel plans to end 33 comicbooks! OMG they will get rid of Angela: Asgard’s Assassin and Thor! At least, neither Miss Marvel nor Loki: Agent of Asgard are on the list so yay for small favours?

And the most terrible news? OMG Donatello died in Teenage Mutant Ninja Turtles #44! My favourite turtle was murdered via a sledgehammer smashing his shell. What The Hell, Rocksteady! What The Hell! OK, it’s not like I read the comics, but I do watch the nickelodeon cartoons (and all the cartoons ever made) and Donatello is my favourite in all its incarnations! I mean, sure dead can be cheap in the comicbook world, but still! This trauma will haunt me for a bit. 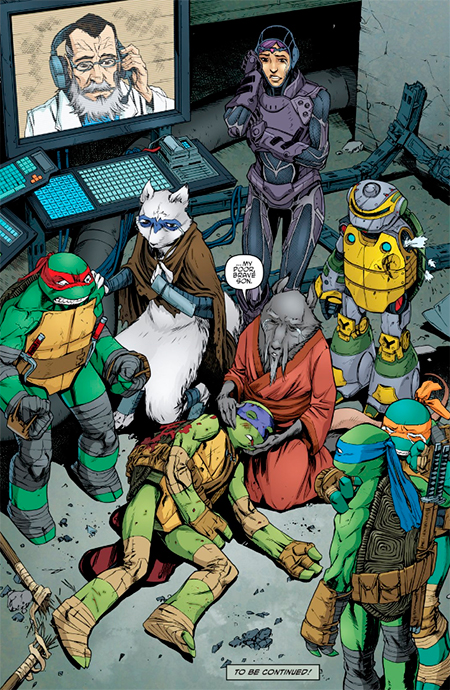