The Fangirly Diary of a Geek Girl: Do he got a booty?

Greetings, fellow fangirls and fanboys! This week we have great news, not so great news, and news about things nobody asked for. Also, Marvel ups their game with sexy poses for their robotic villains~ Here’s how the week started.

The biggest thing I’ve heard for the last four months is, ‘Thanks for ruining my childhood. It’s going to be on my tombstone when I die.’ It’s so dramatic. Honestly, the only way I could ruin your childhood is if I got into a time machine and went back and made you an orphan.

The Walking Dead creator Robert Kirkman talked about the show, the soon-to-be-happening spin-off and how Marvel is super special and DC are such copycats… movie-wise obviously.

I think [DC] announcing you’re going to do a Justice League movie after a Superman movie, that was neat and had some awesome things in it, but it wasn’t like amazing or groundbreaking – I shouldn’t have said that. It was an awesome movie, I like it. [The plan] just seems derivative, so it puts them in a backseat position to Marvel.

Journey to Star Wars: The Force Awakens: Shattered Empire (yeah, that’s a long-ass title!) is one of two upcoming Marvel comic series that will bridge the gap between the original trilogy and the newest one. Here’s artwork where all the main players are there and look pretty much the same they looked at Star Wars: The Return of the Jedi. Guess it will pick up just moments after the end of the movie. 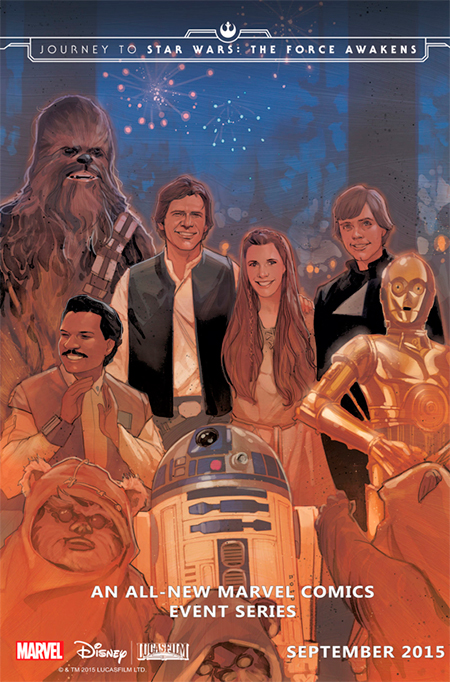 If you know me, you know I don’t like Ryan Reynolds that much, but I cannot deny nor begrudge his enthusiasm for the Deadpool movie. In fact, it gives me hope it will be a good movie AND that I won’t have to watch his face (unless under heavy make-up) at all! Yay! Win-Win!

I’m incredibly happy about it, we’ve got a director that understands that world, and writers with a lavish devotion to the canon of that character. That’s the most important aspect: it’s made in a way the most critical of fanboys could embrace. Well, that’s the hope. It’s been a long time, but it’s happened in the right way and that’s all that matters. 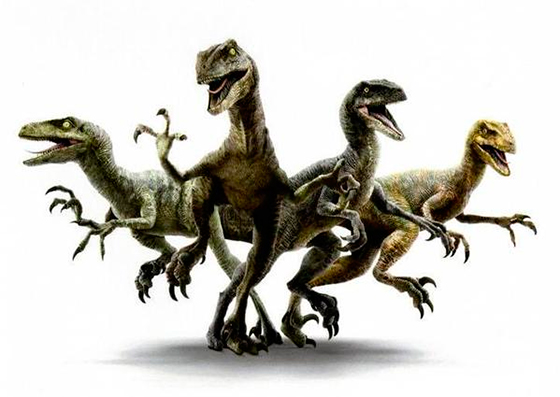 So, there might be a new Friday The 13th series based on the “real happenings” on Crystal Lake, and what effects it had on the community. The CW seems interested in the show and I might be too.

I will eventually forgive China for making Transformer 4 getting such a big box office, and the fact that they are watching movies I like is helping. Both Cinderella and Big Hero 6 had good numbers, and even Jupiter Ascending who had an abysmal box office in USA is having a nice third place in the second-biggest film market in the world. Yeah, I like Jupiter Ascending even if it was a dumb movie. Because it was a dumb movie that catered to my 13-year-old fangirl self (as opposed to my much older current fangirl self).

Talking about that movie, here someone argues that Jupiter Ascending would have been a better TV-show and it’s such a shame it flopped in US and now nobody won’t consider it for TV. Yeah, as much as I would like a weekly dosis of cheese, it would be a financial nightmare! A comicbook series though? I am game for that!

That Sherlock special where both Benedict Cumberbatch and Martin Freeman wear Victorian clothes? Totally not a costume party or a dream sequence they are actually in Victorian London. Time travel? Nah. Troll King Steven Moffat says it’s in its own bubble! An AU of an AU!

The special is its own thing. We wouldn’t have done the story we’re doing, and the way we’re doing it, if we didn’t have this special. It’s not part of the run of three episodes. So we had this to do it – as we could hardly conceal – it’s Victorian. [Co-creator Mark Gatiss] and me, we wanted to do this, but it had to be a special, it had to be separate entity on its own. It’s kind of in its own little bubble.

Yay! It’s the LEGO Jurassic World gameplay trailer! And it will span all the four movies!

Despite the sad news of Sir Terry Pratchett not being among us anymore, we still have his last book to look forward to. The Shepherd’s Crown is a Discworld book about his young witch, Tiffany Aching. There’s yet to be an official publication date, but it will probably come during North Hemisphere’s fall.