The Fangirly Diary of a Geek Girl: Discovering The Infinity!

Earlier, at SDCC, we saw the newest (and most appropriately 80s) logo for Guardians of the Galaxy Vol. 2, and there was also footage we lowly mortals didn’t get to watch. Thankfully, James Gunn decided to give us our first look at the Ravagers on Instagram. It’s something and they look great. 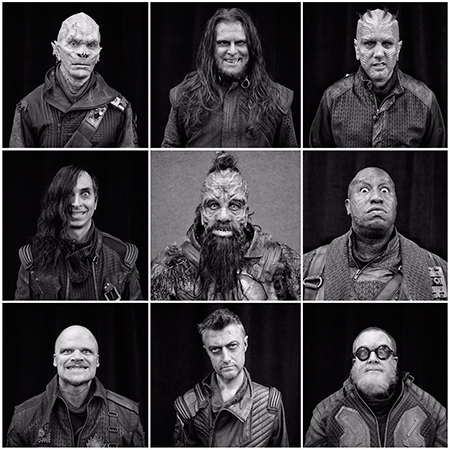 James Gunn also confirmed that Sylvester Stallone will be in Guardians of the Galaxy Vol. 2 on his Facebook. As whom? He won’t reveal it yet. But he was interacting with Yondu in the teaser.

Entertainment Weekly shared 22 pictures from the Harry Potter and the Cursed Child play. And yep, the production values look quite good! And, as far as how it is captured in photography, acting looks more than decent. 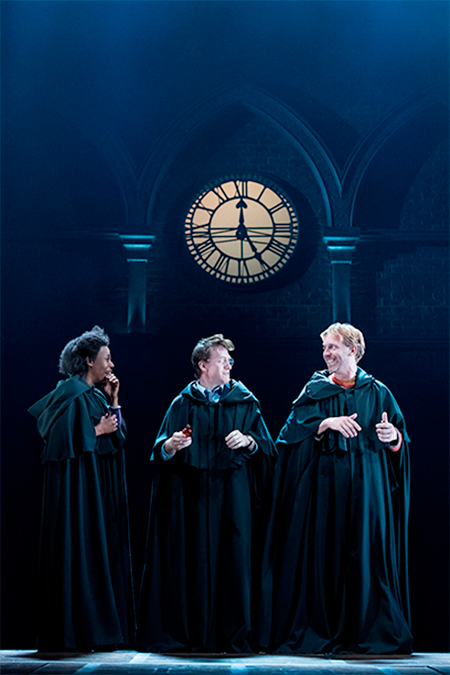 This sneak peek of Justice League Dark showed us the supernatural side of the DC Animated Universe! Whatever one might think about The Killing Joke adaptation, everybody was grateful for the one special feature that was the preview of DCAU’s next film, Justice League Dark, which drops on Blu-ray, DVD, and Digital HD later this year. The best thing? The short-lived live-action John Constantine, Matt Ryan, will be providing the voice for his animated version! Some main Justice League members, like Batman, obviously, will be there. The story will firmly be about Constantine, Zatanna, Deadman, Etrigan, Swamp Thing, Black Orchid, and their battles against other realms tho!

Congrats for the good press, Wonder Woman! The film’s trailer was the most-discussed on Twitter during SDCC! Suicide Squad got number 2, and Fantastic Beasts And Where To Find Them got number 3. Doctor Strange‘s trailer had to comfort itself with number 4, and Blair Witch is surprisingly the one rounding up the top 5.

OMG! Look at this adorable animation of Rocket Raccoon and Groot! They will be the subject of a new series of 12 animated shorts. Marvel is working with Passion Pictures and Arnaud Delord, the team behind the Gorillaz music videos, and isn’t that fantastic? Get ready for them on Disney XD early next year.

Despite what some people wanted, Netflix ain’t gonna “save” Agent Carter, despite wishes from the fanbase. Netflix chief content officer Ted Sarados gave his reasons:

We’re looking for truly original brands to own, and in that Marvel space we already have [original comic book shows] – so that was mostly why. They also have some output deal complexities. So when you pick it up, being able to pick it up globally is difficult even after it’s canceled. Some of those output partners still had it on the air, so they would argue its covered by their output [deals]. Unfortunately, it was a business decision more than a creative one.

Sarados also talked about the Marvel shows they do have and how they might have to speed up their process with all the shows they have scheduled!

I doubt that we could produce at the quality that they produce at that speed. But we’re gonna try to make them quicker so we can get less downtime between them.