Jon Goldwater, CEO of Archie Comics participated in a Reddit AMA and he was asked if Afterlife With Archie, will eventually become a television series or movie. And he basically said yes, we are getting Afterlife with Charlie on the big screen or TV. Sometime. Probably a Halloween special for the TV show Greg Berlanti, Arrow and The Flash showrunner, is developing with Fox.

As for film and TV – the answer is YES! Absolutely! This is something that will be happening at some point in the near future – nothing to announce just yet, but rest assured it will happen.

For those unaware Afterlife With Archie is an ongoing comicbook where there’s a zombie apocalypse in Riverdale. And it’s totally the fault of Sabrina, The Teenage Witch. Yep.

James Gunn talked about writing Thanos in Guardians of the Galaxy:

I always wanted to have Thanos in [Guardians of the Galaxy], but from a structural standpoint, you don’t need him. So that’s part of it, and then part of it is the fact that you’re setting up this incredibly powerful character, but you don’t want to belittle the actual antagonist of the film, which is Ronan. You don’t want him to seem like a big wussy. So how do you make that work? And that’s why Ronan kills T=the Other. I thought that was interesting, because we’ve had the Other, who’s obviously very powerful even in comparison to Loki, and then we see Ronan wipe his ass with him.

Evangeline Lilly has been talking a lot this week! Starting with a comparison with Ant-Man director Peyton Reed and Peter Jackson:

[Peyton Reed] actually in some ways reminded me a bit of Peter [Jackson]. He had a fantastic sense of humour, was extremely immersed in the comic world all his life, is a big fan-boy but also extremely strong in his vision.

She also talked about the heist element of the film:

[Ant-Man] is very much a heist film. It has all the fun, tension and drama of a good heist film. The heist is being masterminded by myself, my father and Scott Lang.

And some backstory of her character, Hope Van Dyne, which seems to have a great relationship with her father, Hank Pym… and that in MCU Hank and Janet were indeed superheroes!

I was raised by two superheroes. So, I’m a pretty screwed up human being. I am also fairly capable, strong, and kick-ass, which is wonderful to play, but the most fun to play was just how messed up she was from being raised by two superheroes. And the clear message sent by name is that I’m not a big fan of my father and so I took my mother’s name.

We finally have official looks of the main cast (sans poor Charlie Hunnam) of Crimson Peak! Thank you, Guillermo del Toro! But damn, that’s not a great picture of my usually lovely Tom Hiddleston, but hey new outfit! The ladies look fab tho! So congrats to Jessica Chastain and Mia Wasikowska~

Jurassic World news! Or rather new info. It seems the dinos may have another reason to join forces with Chris Pratt (maybe) than him being his (possible) caretaker~ According to director Colin Trevvorow, those raptors ain’t liking the hybrid thing!

Also, those kids in the trailer are apparently park operations manager Claire (Bryce Dallas Howard)’s nephews. Did you know that? I didn’t know that. If it was mentioned before, it scaped my mind! I guess they have to be related to some main character in order to continue the theme of the movies. But damn lady, you just made a new monster dino AND invited your nephews over? Talking about child endangerment!

Sony Hack news! It seems Sony Pictures Entertainment co-chairman Amy Pascal is/was considering Idris Elba as the new James Bond after Daniel Craig! Well, Idris has said he would like the job if it was offered so… I hope it happens! Pretty please!

On not-so-great news (but not that terrible either), Michael Pitt won’t return as Mason Verger in Hannibal Season 3. And it was totally by choice. The replacement is Joe Anderson. Thankfully by now, Anderson is going to be in full make-up to play Verger so it’s not like we will miss Michael Pitt’s face. He’s acting will be missed though! Counting on you, Mr. Anderson!

Finally, new Outlander promo for the second half of the season! With new footage and the casting (and showrunner) talking about how amazing it is! And that makes me so giddy… Until I remember I have to wait until April 4th for new episodes, dammit! 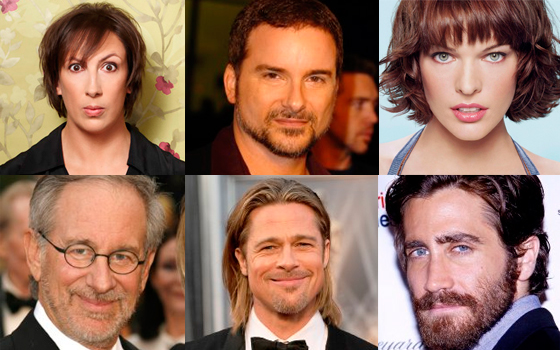