LEGO showed the first look of the Avengers: Age of Ultron playsets! And they are awesome! And a tiny bit spoilery~ We Iron Man vs. Ultron, Duel with Hydra, Hulkbuster Rescue Mission, The Avengers Quinjet Chase, Attack on Avengers Tower , and Burglary in the Hydra Fortress. 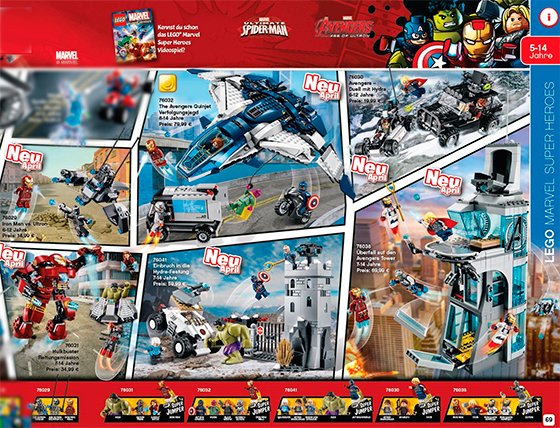 According to Cobie Smulders, Maria Hill won’t be sidelined in Avengers: Age of Ultron (she mostly implies, but still!) and talks about the different vibe to the character:

She’s working for Tony Stark, yes, but they shot so many locations all over the world and this team is out doing all sorts of things. So I like to think that Maria is at headquarters, trying to keep everything running as smoothly as possible. And working for Tony Stark is a whole other ballgame. She doesn’t have S.H.I.E.L.D. personnel to back her up at her disposal, so it’s an entirely different vibe for her.

I’m not entirely sure that [I’ll be back] just yet, but there are talks. Basically they want to reboot the whole franchise, I think, and do something with me and the relationship with my son. I’m of course Davey Jones now, so I’m down the bottom of the ocean. It might be kind of fun to do something where I’m rumbling round the bottom of the ocean, because I won’t look anything like me. [Gestures to face] Get all gnarly.

You know how Joseph Gordon Levitt is producing Neil Gaiman-sanctioned Sandman movie? Gaiman talked with RadioTimes about his hopes for the movie and who he would cast as Morpheus~

It’s a funny thing with Morpheus. Again, it’s that thing where you look around and think, ‘Yes this person would be a fantastic person’, and then time passes. There was a time Johnny Depp would’ve been a great Morpheus, but now he’s too old and it’s fine. I think the first time I saw Benedict was as Sherlock Holmes, I thought, ‘wow, that’s incredibly Morpheus’. And fans probably thought the same because they immediately started doing fan-art, meshing the two of them up. […] Then again, Tom Hiddleston is still out there! And the truth is, as far as I’m concerned, anybody who sounds English with great cheekbones can probably pull it off.

Of course, then he said he said it in jest. Which is kinda obvious in hindsight… but there can be miracles when you believe, you know?

We have the synopsis of the first Gotham episode, “Rogues’ Gallery”, after the mid-season break on January 5th!

Det. Gordon’s assignment at Arkham Asylum gets off to a rocky start when the murder of a guard ignites an investigation, leading him to meet Dr. Leslie Thompkins (guest star Morena Baccarin, “Homeland”). Meanwhile, Cobblepot continues to build his army in the all-new “Rogues’ Gallery” episode of Gotham airing Monday, Jan. 5 (8:00-9:00 PM ET/PT) on FOX.

Peter Jackson was in the cover of Variety and he also got an interview where he talked about this long journey in Middle Earth, the new technologies developed, and the emotional send-off to the whole team when all was over. For now at least~ 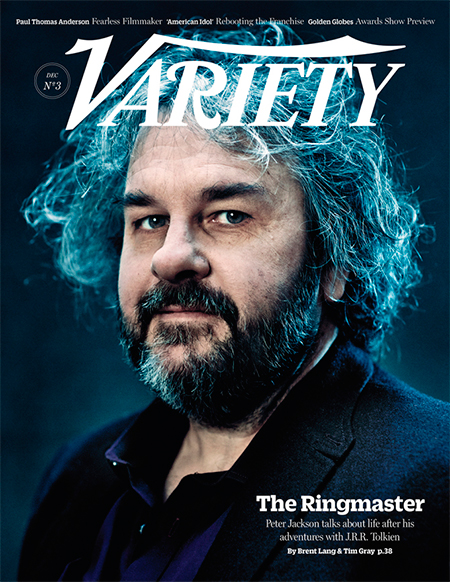 Entertainment Weekly had a small chat with Andy Serkis about all the things he can say about Star Wars: The Force Awakens. It’s not much but it answers some questions like was his voice unaltered for the trailer (yes), will he play more than one character in the movie (no), will he be himself or motion captured (can’t say), will he get an action figure (he’ll better!).

Fandango met with Joss Whedon in Avengers: Age of Ultron London set, and the director had interesting things to say about said movie:

Strong but damaged by power’ describes every person in this movie. It may, in fact, describe what the movie is about. You know, the more power that we have, the less human we are.

Whedon also met to IGN in the set and there was talk about Hulk and the comparison to his situation to being a werewolf:

Banner has a significant role, and the Hulk, you know, we really held back on him for a long while in the first one. That said, there’s something terrible coming that you’ll love. And you know, just what makes the Hulk so hard to write is that you’re pretending he’s a werewolf when he’s a superhero. You want it vice versa. You want to see him, Banner doesn’t want to see him, but you don’t want Banner to be that guy who gets in the way of you seeing him. So the question is, ‘How has he progressed? How can we ring changes on what the Hulk does?’

Viola Davis might be the new Amanda Waller in Suicide Squad! OK, she was already a very strong suggestion along with Oprah Winfrey and Octavia Spencer. But according to Latino Review, she’s totally Warner’s pick! I will wait for the official confirmation to squeal though, even if I am very close to it right now.